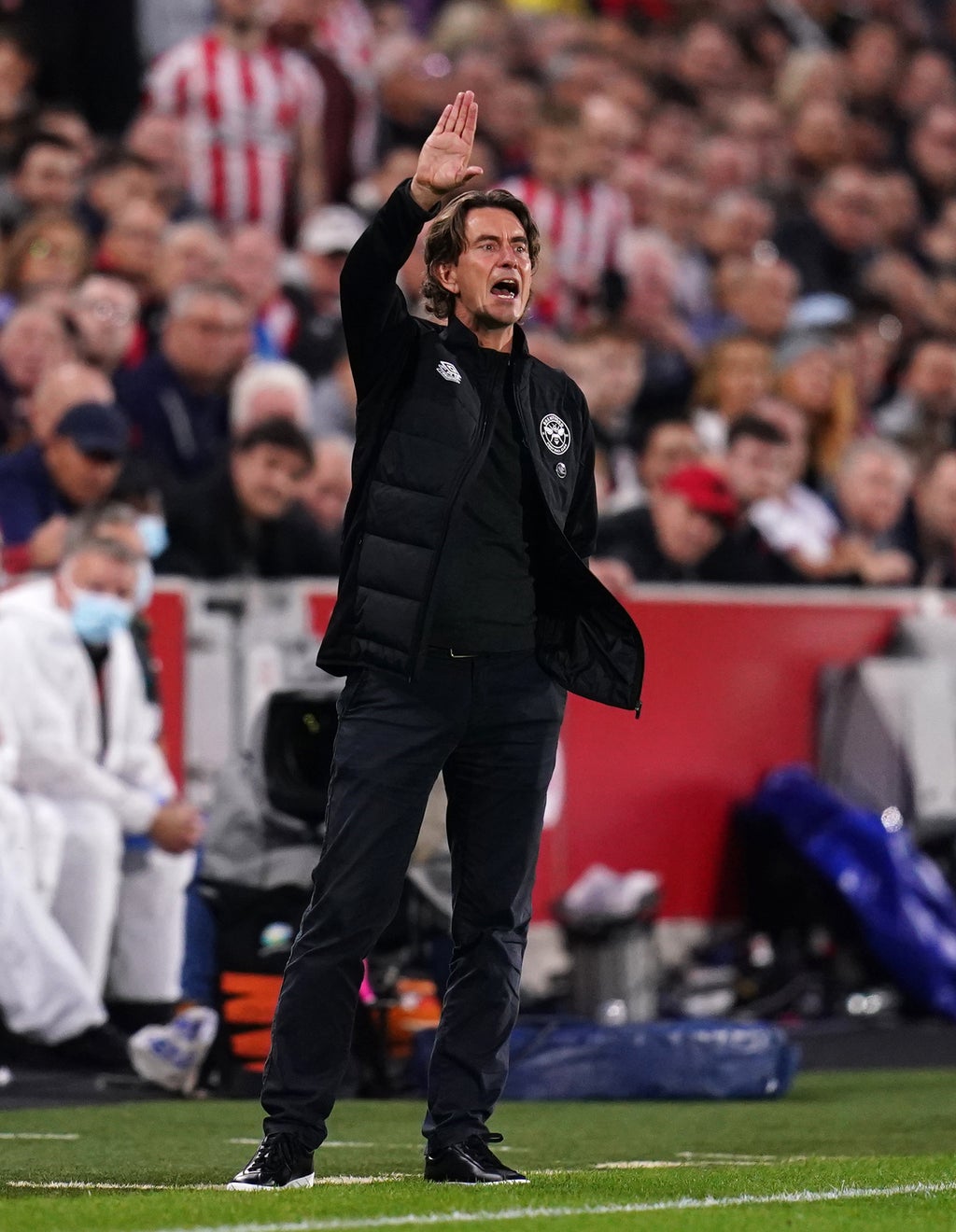 The Bees suffered a second straight home loss when beaten 2-1 by the Foxes on Sunday.

After falling behind to Youri Tielemans’ stunning long-range strike, Brentford hauled themselves level through Mathias Jorgensen from a corner – only to then be caught out at the back as substitute Patson Daka raced clear for James Maddison to tap into an empty net.

It was such an uncharacteristic lack of defensive cohesion from the Bees, a high line undone by Tielemans’ simple through-ball in the 73rd minute, which left Frank with plenty to mull over before setting the record straight at training on Monday morning.

“I hate losing, no matter how well we performed, but it is what it is,” the Brentford head coach said.

“There were many positive things to take away from the game and we need to learn.

“There are things we need to improve – especially on their second goal which is one which can actually cost me sleepless nights because that is an area where we are better than most of the teams.

“But we corrected it today and hopefully we are not going to see that at least for a long, long time.”

Forward Bryan Mbeumo and defender Ethan Pinnock were both forced off injured on Sunday so will not feature against Stoke, but could be back in contention for the Premier League trip to Burnley.

Having secured their top-flight status via the play-offs, Frank knows how vital retaining that again this season is but would also welcome another extended cup run.

“We want to do everything we can to win the Carabao Cup and do as well as we can – why not?

“We are going to face a very good team in Stoke, who are competing for the top six places (in the Championship). It is going to be a very tough game, but we are going there and going strong.”