Dominic Ciambrone didn’t waste any time. With an idea this big, he couldn’t afford to.

“ONE MORE!” he wrote as Beckham walked off the field after the Rams clinched a 20-17 win over the San Francisco 49ers to advance to the Super Bowl. More than just a congratulatory gesture, the message showed that Ciambrone, known as The Shoe Surgeon, was already thinking about his next project with Beckham.

For the past three years, the footwear customizer with a million Instagram followers has crafted custom kicks for the NFL’s flashiest star. Earlier this season, their collaborative relationship, which originally focused on off-the-field customs, expanded to Beckham’s cleats. For the NFC Championship, Ciambrone cooked up two pairs of cleats for Beckham — one for pregame warm-ups and another to wear during the game.

“ONE MOREEEEE,” Beckham responded to Ciambrone at 10:02 p.m., a few hours after catching nine passes for 113 yards to help the Rams earn a matchup with the Cincinnati Bengals in Super Bowl LVI. One more Sunday meant one more opportunity for a head-turning creation for the style-bending athlete’s feet. And what he had in mind this time was bigger and brighter than anything he’d ever crafted for a football player. Beckham had finally reached a moment that matched his customizer’s ambition.

“I hit OBJ back,” Ciambrone recalled from his design studio five days before the Super Bowl. “I was like, ‘What about a gold and diamonds cleat?’

“Dominic came to me and said, ‘Let’s do something magical … but do you think you can finish in essentially 10 days?’ ” Arasheben said. “I was like, ‘Are you kidding me? You know how long this takes?’ Typically, this would’ve been a three- to four-month project. But we had to fast-forward to get this together.” 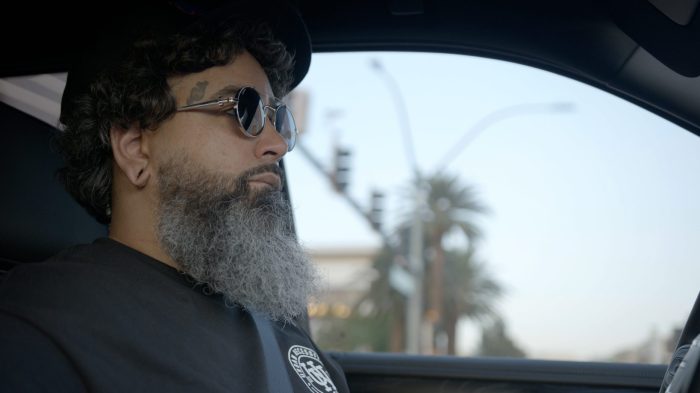 From homeless to head of a sneaker empire, Jaysse Lopez is the ‘Sole Survivor’Read now

A deadline of less than two weeks. Exactly 1,494 individual diamonds totaling more than 25 carats. And more than 100 hours of labor. That’s what it took to deliver the cleats Beckham will wear onto the field at LA’s SoFi Stadium on Sunday for warm-ups ahead of his first career Super Bowl appearance. Worth approximately $200,000, Beckham’s pregame kicks are likely the most expensive cleats ever made for an NFL player.

The week following the NFC Championship, Ciambrone and Arasheben met to conceptualize. They leaned on each other’s expertise as a skilled cobbler and a trained eye for diamonds to determine the height of extravagance the cleat design could reach.

“We started going over color palettes and ideas of how this could be put together,” Arasheben said. “Dominic’s educating me on what’s possible in making a shoe in terms of using leathers and skins. And I’m telling him what’s possible as far as incorporating diamond hardware.”

The design duo also channeled their experience working together on a similar project last year. Together, Ciambrone and Arasheben made NBA sneaker king P.J. Tucker a pair of crocodile leather-and-diamond Air Jordan 1s while he was playing for the Milwaukee Bucks in the 2021 Finals. Tucker wore the $250,000 sneakers, featuring 2,020 white diamonds set in 150 grams of 14 karat white gold, into the arena before the Bucks’ Game 6 win over the Phoenix Suns that secured them the NBA title.

Yet with their latest collaboration, The Shoe Surgeon and Jason of Beverly Hills entered unfamiliar territory. Ciambrone has designed cleats for numerous NFL players, from Beckham to Aaron Rodgers and even a pair for Travis Kelce that “his coach wouldn’t let him wear … they were too crazy.” But he had never customized cleats for a player to wear in a Super Bowl, let alone a pair designed with diamonds. 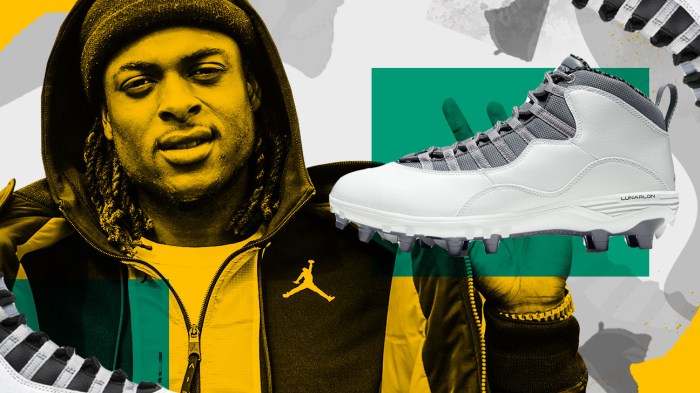 Arasheben boasts a clientele featuring more than 200 NFL players. And last year, he designed the championship rings for the Super Bowl LV-winning Tampa Bay Buccaneers that seven-time champion quarterback Tom Brady deemed “by far, the most incredible ring that’s ever been made.” But Arasheben had never had a player wear his jewelry on the field — especially not on cleats.

“This is the first time I’ve done a pair of performance shoes with diamonds,” Arasheben said. Three years ago, he customized a 14,000-diamond pair of Tom Ford loafers, worth $2 million, for America’s Got Talent host Nick Cannon. “There’s a big difference between putting diamonds on a pair of shoes to walk around in versus putting diamonds on shoes you’re actually expected to perform in.

“So, we had to try to keep OBJ’s cleats lightweight and make sure they were comfortable to wear. There were certainly some extra considerations that had to be made to pull this off.”

Ciambrone has been perfecting his approach to customizing Beckham’s cleats for months. After first meeting in 2019 at a New Year’s party hosted by the rapper Drake, they spent three years working with each other exclusively on off-the-field footwear — from custom Air Force 1s for The ESPYS red carpet to Air Jordan 1 dress shoes for Cleveland Browns quarterback Baker Mayfield’s wedding. 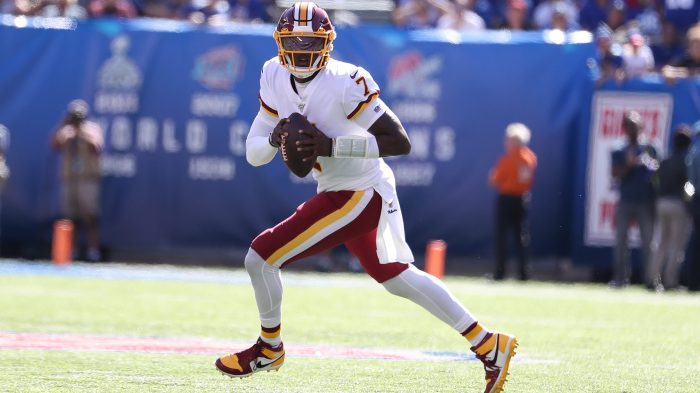 The Shoe Surgeon didn’t craft his first pair of custom cleats for Beckham until this season, after the 29-year-old wide receiver was released by the Cleveland Browns in November. Beckham signed a one-year deal with the Rams, relocating midseason to Los Angeles, where Ciambrone’s design studio is based.

“Him being on the East Coast versus being in the same city, it’s different,” Ciambrone said. “We’ve been able to click more creatively since he’s been in L.A.”

After fashion designer Virgil Abloh died of cancer on Nov. 28, 2021, Beckham hit up Ciambrone with the idea of creating a pair of cleats to honor his late friend. Abloh became a titan in the sneaker world through collaborations between his Off-White fashion label and Nike that began in 2017. That same year, Beckham earned the richest footwear deal for an NFL player in history, signing a five-year, $29 million contract extension with Nike that’s made him the face of the brand’s football division over the past five years. Fulfilling Beckham’s request, Ciambrone re-created a pair of Abloh’s “Lemonade” Off-White x Nike Air Force 1s that he laced up for warm-ups before the Rams’ Week 14 Monday Night Football game against the Arizona Cardinals in December.

“It was cool to be able to do a tribute to Virgil for OBJ,” Ciambrone said. “It was unfortunate he didn’t play in them. He said they were a little heavy, so we went back to the drawing board and I started making things lighter.”

Ahead of the NFC Championship, Ciambrone prioritized Beckham’s game cleats — a pair that resemble the hyped, gold-starred Supreme x Nike SB Dunks, but designed in Rams team colors. The pregame cleats came next, after Ciambrone was inspired by a material from his studio that reminded him of the late Kobe Bryant’s signature “Prelude” Nike Kobe 6s from 2014. Beckham wore both pairs the night he and the Rams played their way into the biggest game of his life.

That initial postgame text exchange between Ciambrone and Beckham eventually turned into daily check-ins from the receiver once the week of the Super Bowl arrived.

“When I go to sleep, I’m thinking about these diamond cleats,” said Ciambrone on Tuesday of Super Bowl week. “And then I’m waking up to a text from OBJ. It’s been endless hours of back and forth.”

After The Shoe Surgeon and Jason of Beverly Hills finalized the crux of the design — flawless, D-color diamonds set by hand by a microscope in two yellow gold Swooshes — the scramble to finish the cleats in time for the Super Bowl began.

“It’s really all hands on deck right now,” said Arasheben over the phone with four days to go before the game. “I’ve literally had employees spending the night in the factory. Everyone knows this is our No. 1 priority.”

While his 14-person staff assigned to the project worked through the diamond pieces for Ciambrone, Arasheben made arrangements for an armored truck to deliver the cleats to Beckham ahead of the game. Both the customizer and jeweler wanted to ensure that the cleats fit properly before their star client laced them up for the field.

Arasheben, however, had already given Beckham the most important instructions for wearing the cleats.

“I told OBJ, ‘Make sure no one makes contact with you during warm-ups.’ I don’t want any diamonds coming out.”

Aaron Dodson is a sports and culture writer at The Undefeated. He primarily writes on sneakers/apparel and hosts the platform’s “Sneaker Box” video series. During Michael Jordan’s two seasons playing for the Washington Wizards in the early 2000s, the “Flint” Air Jordan 9s sparked his passion for kicks.