Dawn Staley has no regrets about where she chose to play college basketball.

After all, Staley graduated from the University of Virginia as a two-time player of the year and appeared in three Final Fours with the Cavaliers while playing for coaching great Debbie Ryan. It’s a path she describes as being divinely ordered.

But, occasionally she finds herself asking what it would have been like had she decided to play for a different coaching legend: C. Vivian Stringer, now the head coach of Rutgers.

“I often think of Coach Stringer and playing for her, what that would have looked like and the impact it would have on me as a coach,” Staley said. “Would I be different? How would I be?”

That what if gets amplified when she spends time with South Carolina assistant coach Jolette Law, and sports consultant Felicia Hall Allen, who has taught life skills to Staley’s Gamecock teams for the past decade. Both played for Stringer while she was the head coach at Iowa, which made several deep tournament runs in the late 1980s. At the time, Stringer was one of only a handful of Black female head coaches in women’s college basketball.

“The stories that they’ve told about what she had to endure and why they went to play for a Black coach — I feel it,” said Staley, who was recruited by Stringer as a high school star at Dobbins Technical High School in North Philadelphia. “When her name comes up, they still smile. It’s because she was their coach, but it’s more so because she was their Black coach.”

Those who played for a Black female head coach in college played for a small group of trailblazers who helped carve a space for today’s generation of Black women who traverse the sideline in record numbers.

For decades, the trajectory of Black female head coaches in women’s college basketball has long felt more like a leveled plateau than a steepening curve. During the 1999-2000 season, 9.5% of head coaches in women’s college basketball were Black women, according to the NCAA. By 2007-08, that number had only modestly risen to 13.9%. It’s worth noting that from 2007 to 2008, Black women made up 50% of all Division I players at the time, and the percentage of Black female head coaches rose from 17% to 21% in the 2020-21 season. 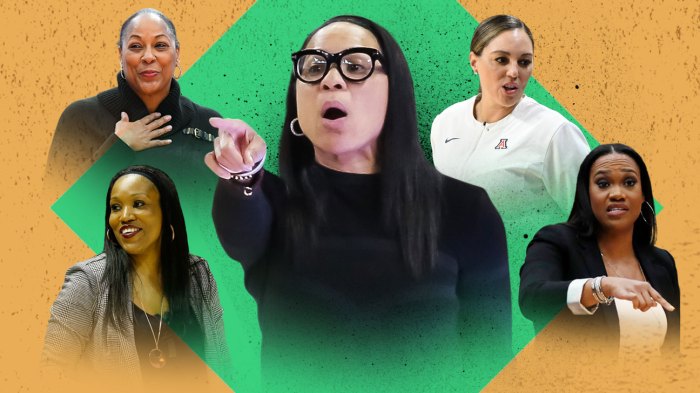 While a handful of today’s Black female head coaches were able to have the experience of playing for Black women like Stringer (UIC’s Tasha Pointer), Peck (Hofstra’s Danielle Santos Atkinson), Denise Taylor (UAPB’s Dawn Thornton) or Felisha Legette-Jack (Missouri State’s Amaka Agugua-Hamilton), most saw only Black head coaches on the opposing sideline — if they saw them at all.

“During my playing days, I could probably count on one hand and not use all the fingers the amount of Black female head coaches I got to see,” said Florida International University head coach Jesyka Burks-Wiley, who played at Boston University from 2005 to 2009.

“A lot of who I am is what she has instilled in me,” Adair said. “At a time back in 1992, there weren’t many [Black coaches]. She coached us all and she taught us about being a good person and working hard and all these different intangibles. She was an example for me.”

During her time in Tampa, Adair recalls watching Lacey struggle as she dealt with the pressures and weight associated with being one of the very few Black head coaches in the country at the time.

“I watched her try to be perfect and talk about the limited room for error because there weren’t many like us,” Adair said. “Some of those conversations, they really stuck with me — some favorable, some not. Why do we have to be so perfect? Why can’t we make a mistake?”

Some of today’s Black female head coaches didn’t have to play for a Black woman to be affected by their presence.

University of Denver head coach Doshia Woods, a native of Topeka, Kansas, grew up watching University of Kansas coaching legend Marian Washington. Washington, who was also the first athletic director for women’s athletics at the university, coached the Jayhawks for 31 seasons.

“For me, that was always a representation of what I could be,” Woods said.

Saint Francis University head coach Keila Whittington got her first full-time coaching job thanks to Washington, who connected Whittington with the staff at the University of Rhode Island, where she was hired as an assistant in 1995.

Ole Miss head coach Yolett McPhee-McCuin cried the first time she met her coaching inspiration, Stringer. For McPhee-McCuin, who spent two years playing under Susan Summons at Miami Dade College before transferring to Rhode Island, the experience of meeting Stringer was like meeting a superhero. 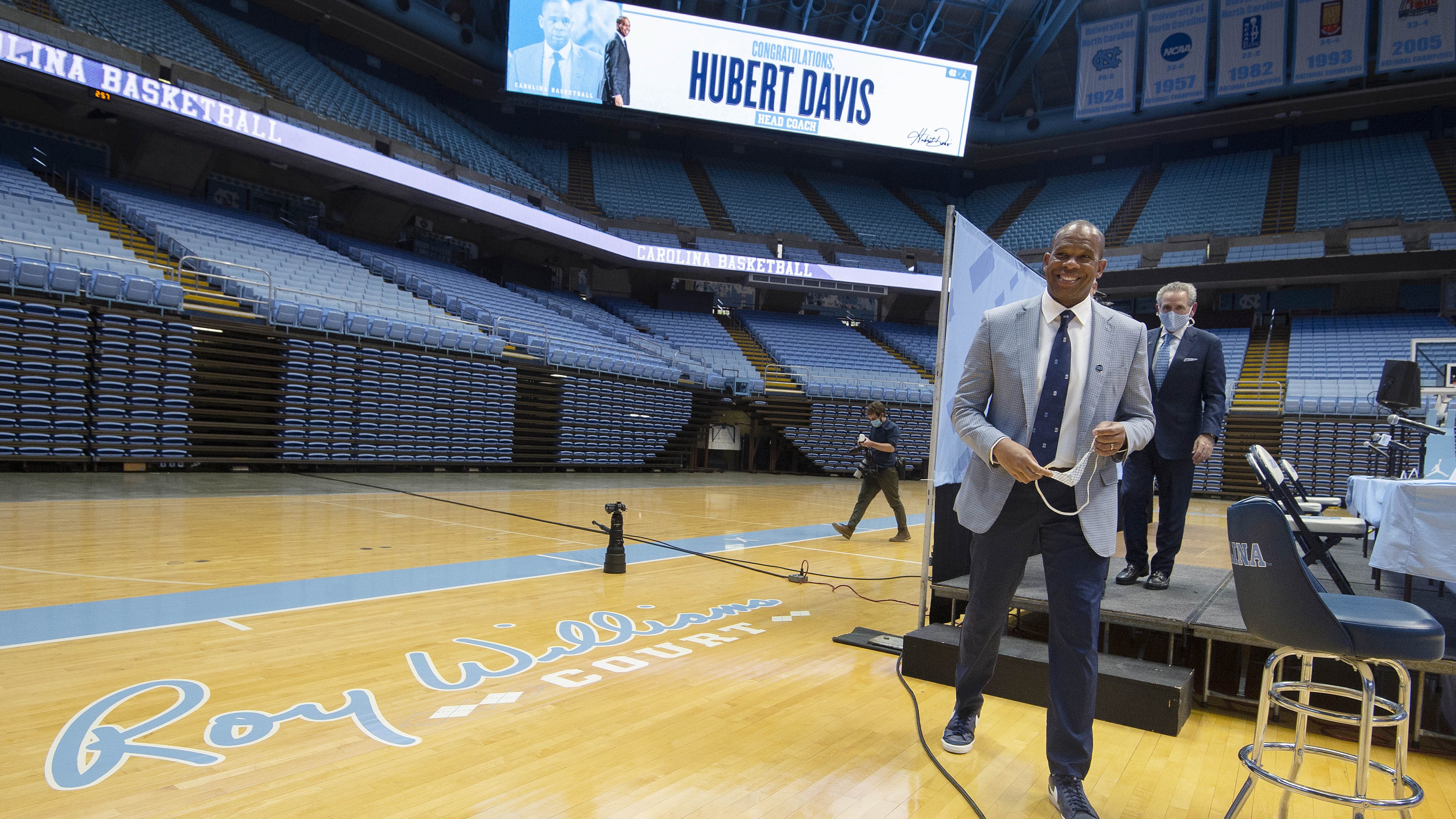 The landscape for Black coaches in the sport isn’t the only change. The landscape for future players deciding where to play and who to play for is, too. A large part of that change, particularly the potential to play for a Black head coach, is linked to the growth of social media.

Gone are the days when a Black coach would have to make an NCAA tournament appearance for their program to be seen by a potential recruit.

“I had no idea how many Black head coaches there were in the mid-’90s when I was looking for colleges just because we didn’t have access to the internet,” said Memphis head coach Katrina Merriweather, who played at the University of Cincinnati from 1997 to 2001. “We now know that there’s a Black head coach not just at Delaware State but the University of Delaware. I never would’ve known that 20 years ago.”

As the number of Black female coaches continues to grow, Staley said, so has the desire for Black players to play for them.

“I just think kids are more woke now,” Staley said. “Their parents are more woke about who they feel can successfully help their kids navigate through this thing we call life. They see the success that we have on the court. … It’s popular now. It’s popular to go play for a Black coach. They understand what that means. It’s more than conference championships and Final Fours, success on the court. It’s more than that now.

Sean Hurd is an associate editor for Andscape who primarily covers women’s basketball. His athletic peak came at the age of 10 when he was named camper of the week at a Josh Childress basketball camp.