Brazil, 62, a former Scottish international turned broadcaster, didn’t hold back when he ridiculed the team for signing the Aussie as the club manager in June 2021. 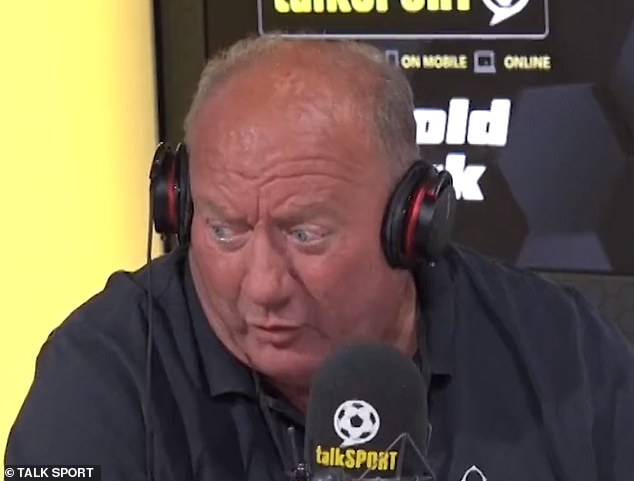 ‘Celtic have applied for exemption with UEFA for Yokohama Marinos boss, what is it, Postecooglou? [sic] to manage in Europe,’ Brazil said last year, completely mispronouncing the new hire’s surname.

‘He does not hold the required licence – oh, this has got to be a wind-up.

‘Oh, he’d be a great manager. Where do they come up with these guys from?’

A 1-1 draw with Dundee United on Thursday secured the club’s tenth title in 11 years and Postecoglou became the first Australian coach to win a major European competition. 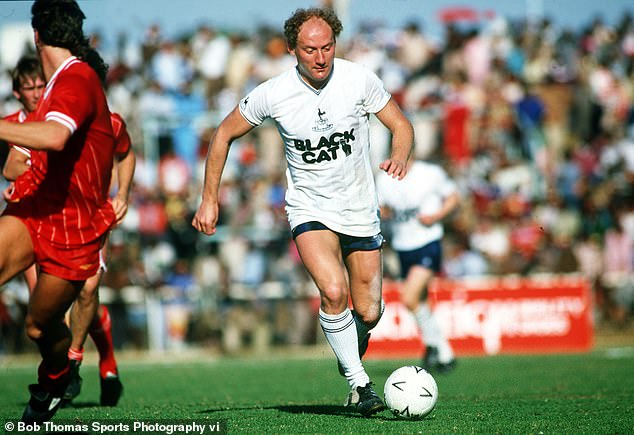 Brazil is pictured playing for Tottenham Hotspur against Liverpool in 1984

To his credit, Brazil was quick to take back his criticism when he appeared on his radio show soon after the title win.

‘Listen, I am delighted. I like eating humble pie,’ Brazil said.

‘I will apologise live, now. Ange, different class. What a job you’ve done. It’s fantastic and I take it all back.’ 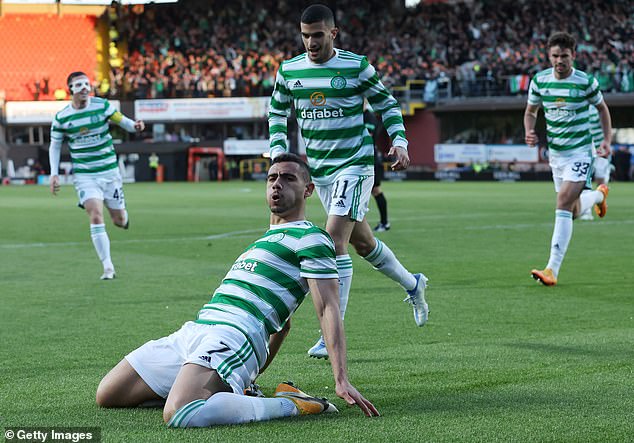 The 56-year-old quit as Socceroos coach just after the team qualified for the 2018 World Cup, saying Football Federation Australia only placed importance on getting the side to Russia instead of building on success around the world with a new generation on the roster. 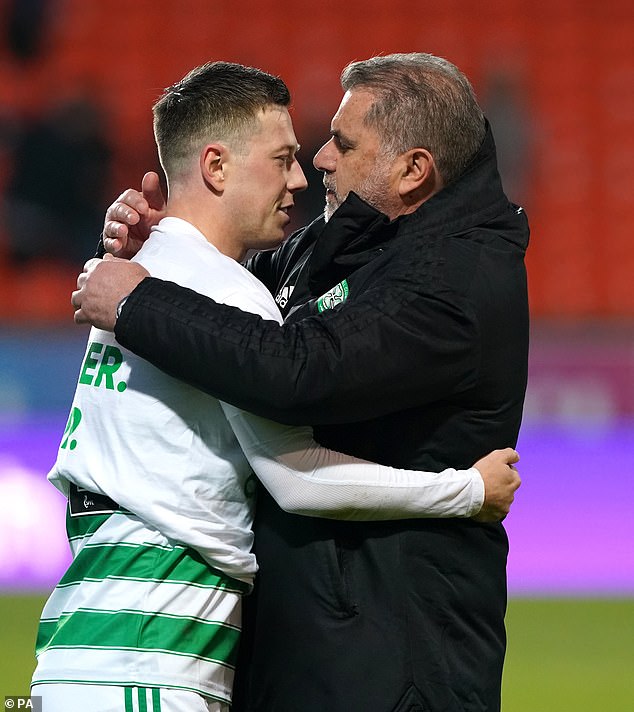 Postecoglou said taking Celtic to the title was overwhelming.

‘I’ve done about ten terrible interviews and this won’t impress anyone either. It’s fair to say it’s taken every ounce of me.

‘It’s hard for me to comprehend. I’ve had this lifelong dream to manage a world famous club, trying to make an impact.’