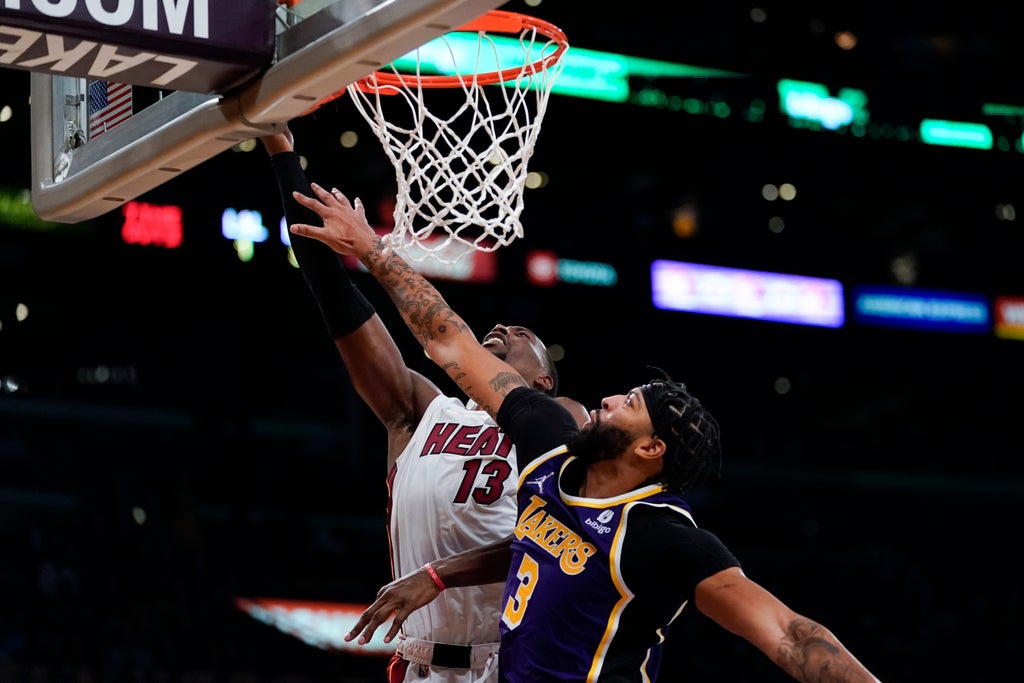 Tyler Herro missed a wide-open three at the death as the Miami Heat fell short against the Los Angeles Lakers 120-117 in overtime.

After mounting a late comeback to force overtime, the Lakers jumped to a quick five-point lead in the extra period as Miami struggled.

They were eventually able to draw within three, but Herro missed two three-pointers in the final nine seconds to seal the Heat’s third loss from their past four games.

Anthony Davis and Russell Westbrook combined for 49 points for the Lakers, while Miami’s Bam Adebayo led all scorers with 28.

The Milwaukee Bucks gave up a 24-point lead but managed to survive 112-100 against the New York Knicks.

The Bucks looked destined for victory when they established a 70-46 cushion midway through the third quarter, but the Knicks bench rallied to tie the game with five minutes left to play.

However, Pat Connaughton drained a trio of late three-pointers to carry Milwaukee over the line.

Will Barton stepped up in the absence of the suspended Nikola Jokic to guide the Denver Nuggets to a 101-98 victory over the Indiana Pacers.

Barton scored a season-high 30 points as Jeremy Lamb missed a potential game-tying three to resign the Pacers to their eighth loss of the season.

A 48-point performance from Anthony Edwards was not enough for the Minnesota Timberwolves to overcome the high-flying Golden State Warriors.

Andrew Wiggins and Stephen Curry combined for 60 points to lead the Warriors to a 123-110 win.

A late three from Kyle Kuzma was all that separated Washington and Cleveland, with the Wizards scraping past the Cavaliers 97-94.

Lonzo Ball made seven of his 10 attempts from deep as the Chicago Bulls continued to prove their title credentials with a 10-point win over the Dallas Mavericks.

The Charlotte Hornets stormed home with 37 points in the fourth quarter to beat the Memphis Grizzlies 118-108.

The Oklahoma City Thunder picked up their third-straight win with a 108-100 victory over the New Orleans Pelicans.

Elsewhere, the Brooklyn Nets steamrolled the Orlando Magic 123-90, Jerami Grant scored 35 points to lead the Detroit Pistons over the Houston Rockets, and there were also big wins for the San Antonio Spurs and Boston Celtics.