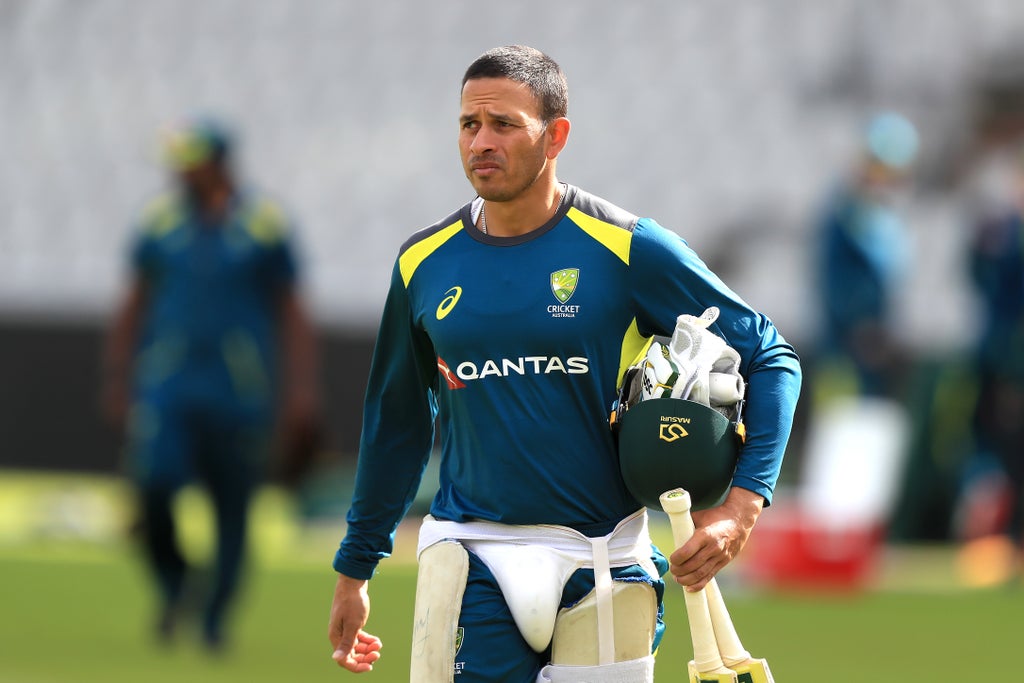 Khawaja’s last Ashes outing was in 2019, when he managed only a top score of 40 through the first three Tests before making way for Steve Smith’s return from injury at Old Trafford and The Oval.

The 34-year-old has been on form in the Sheffield Shield, with 404 runs across six innings in the domestic competition.

George Bailey, chairman of the National Selection Panel, said Khawaja had been in “great touch”.

He added: “He brings a calm, consistent and experienced component to the batting line up and is a proven run scorer at Test level.

“He also has the ability to bat across a range of positions in the batting order.”

Tim Paine and Pat Cummins are captain and vice-captain respectively, while paceman Jhye Richardson is back in the squad.

The Ashes begin at the Gabba on December 8.