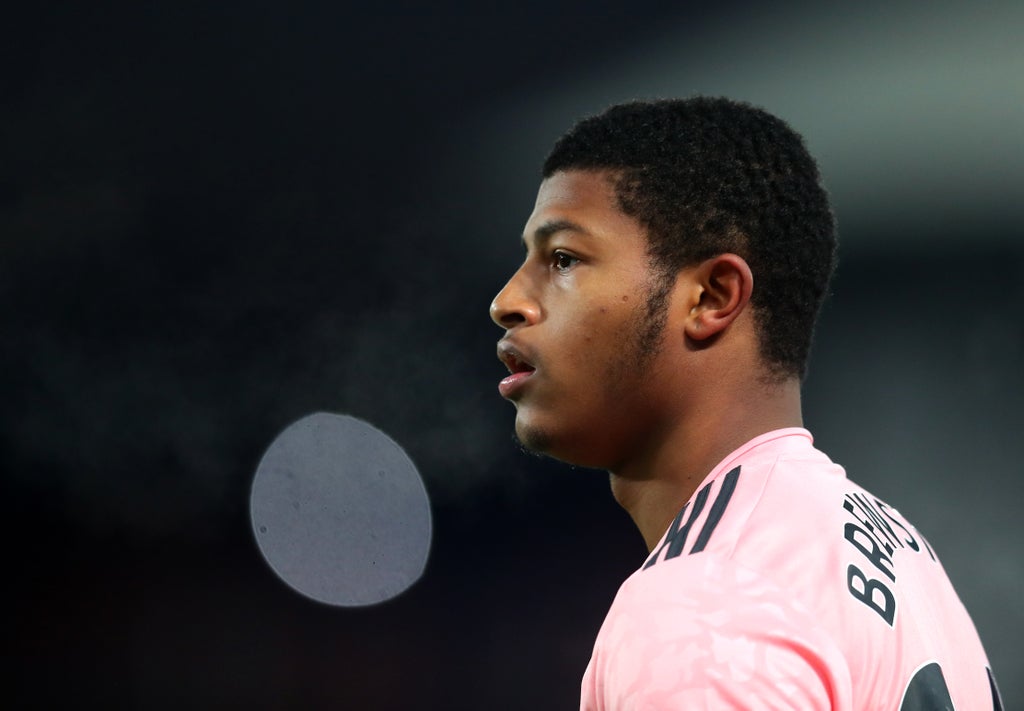 A 14-year-old boy who subjected Sheffield United striker Rhian Brewster to racist abuse on Instagram has been referred to Youth Offending Services by Staffordshire Police.

In March, former Liverpool forward Brewster made public an abusive message he received on his Instagram account.

Sheffield United, who signed the England Under-21 international during October 2020 in a £23.5million deal, offered Brewster their full support and called on authorities to take action.

An investigation by South Yorkshire Police resulted in the Staffordshire force taking on matters after an individual had been identified.

A statement from Staffordshire Police given to the PA news agency read: “In June 2021, colleagues from South Yorkshire Police contacted us regarding a report of online racist abuse of a footballer.

“Following enquiries, a 14-year-old boy was located and spoken to by officers.

“He has accepted responsibility and in line with the victim’s wishes, has been referred to Youth Offending Services.”

Youth offending teams are part of the local council structure, separate from the police and the courts. They work with young people who get into trouble with the law and try to help them stay away from crime.

Earlier this year, Instagram’s owner Facebook announced it would impose stricter penalties on perpetrators of abuse, including removing accounts.

When contacted by the PA news agency after Brewster had made the racist message public in March, Instagram did not comment directly on the matter itself, but said players are urged to report such incidents to them so their procedures can be initiated.

The social media platform stressed attacks on protected characteristics including race, religion, nationality and sexual orientation will not be tolerated.