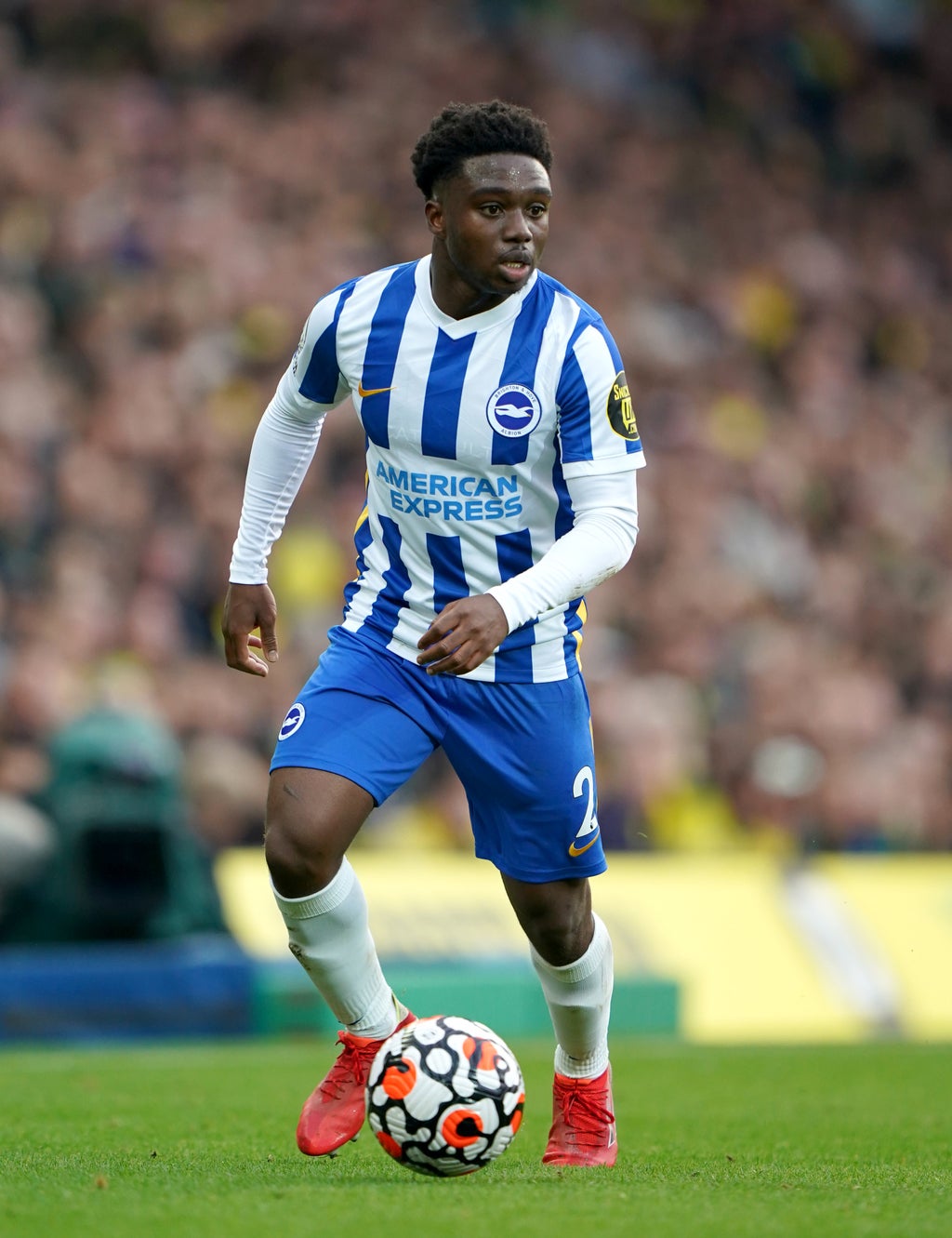 Brighton defender Tariq Lamptey has described his return to Premier League action as “special” after he came off the bench in Saturday’s goalless draw at Norwich.

The former Chelsea full-back was introduced in the 58th-minute by Graham Potter for his first top-flight appearance in 10 months.

A hamstring injury back in December was not expected to sideline the England Under-21 international for long but he required surgery in March to correct the issue and has been managed carefully this season with his only start against Swansea in the Carabao Cup last month.

Lamptey only played 45 minutes in that tie and has been restricted to an unused substitute role since but was thrust into action at the weekend and looked bright in the stalemate.

“Yes, it was really special for me,” he said. “I have worked really hard to get back here, I am grateful for the opportunity and I just tried to come on and help the team.

“It was unfortunate we didn’t get the win but we will take the point against a good side.”

Before Lamptey’s injury against Fulham at the end of 2020, the youngster had been a revelation during the 12 months he had spent at the Amex Stadium.

A new four-year contract in January was further evidence of how highly rated he was by the club, but this year has provided many hurdles for the Londoner on his road to recovery.

Lamptey added: “It was challenging for me, mentally and physically.

“You work really hard, you have to make sure you work hard every day, but we have good physios around, the players, members of staff, everyone around the building has been amazing.

“They kept me positive and allowed me to focus on my rehab and I was able to come back and play here. Hopefully I can build on this and play more and more games.”

Seagulls manager Potter has stressed the need for patience with the defender who quickly become a first choice after he signed from Chelsea.

He admitted Lamptey was not at full capacity yet after his 32-minute cameo in Norfolk but believes he will get better with more game time and is confident he will be up to speed in the Premier League again soon.

This will be music to the ears of the Brighton defender, who conceded his next aim was to become a regular and help the Sussex club continue their impressive start to the campaign.

“I have to make sure I keep training, first and foremost, and when I get my chance I will try and take it, so I am just looking forward to keep on playing more games,” Lamptey said.

“Once you are back in and get a taste for it you just want to work as hard as possible, make sure you are working hard in training and when you come on the pitch try and help the team.”

When Lamptey was introduced at Norwich he received huge applause from the travelling faithful who immediately chanted his name.

He added: “The crowd have been incredible throughout. The messages they have been giving me have been fantastic. I really appreciate them.

“They were brilliant (against Swansea) and were fantastic again. They make me feel so happy, I am so lucky to have them, so I just want to say a big ‘thank you’ to them.”