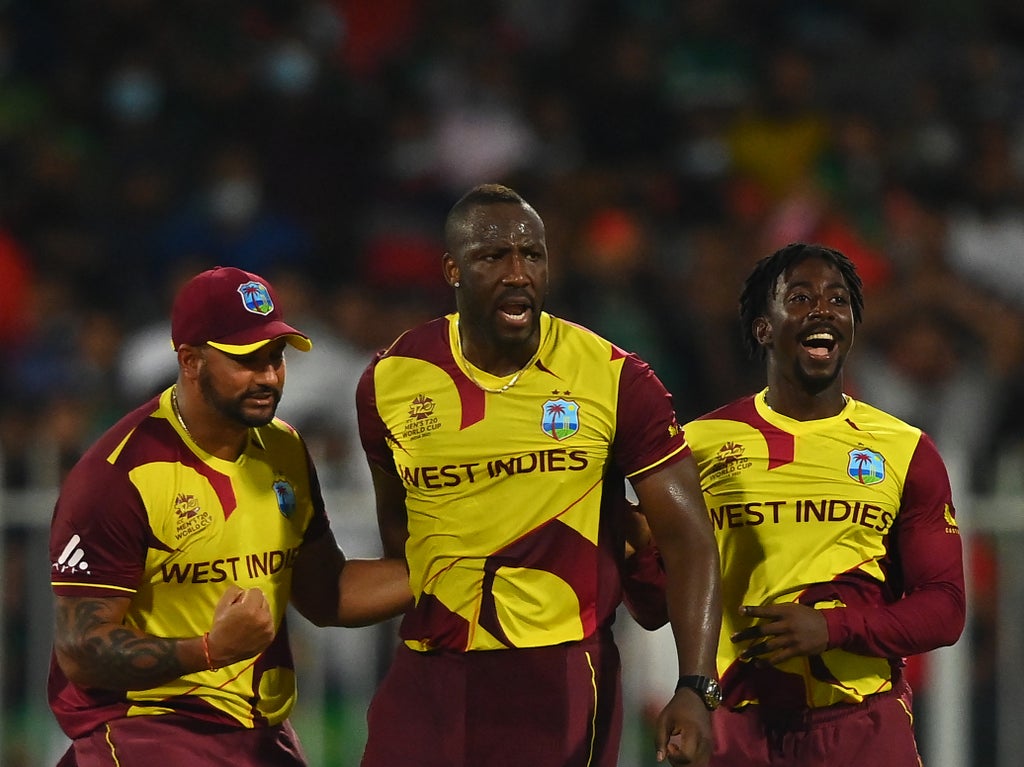 Both the West Indies and their opponents headed into the fixture at Sharjah with two defeats from their opening two matches, with the 2016 winners having been beaten by England last weekend.

The Windies, who lost the toss and were put in to bat, were reduced to 32 for three, with Chris Gayle (four), Evin Lewis (six) and Shimron Hetmyer (nine) all dismissed cheaply.

However, Nicholas Pooran steadied the ship with a superb 40 off 22 balls, while Roston Chase’s contribution of 39 on his T20 international debut helped West Indies to 142 for seven.

In response, Liton Das scored an impressive 44, but Bangladesh’s chances of victory were dealt a major blow in the penultimate over when he was caught on the boundary by Jason Holder.

Bangladesh arrived for the final six balls requiring 13 to win. However, Andre Russell restricted them to just 10 runs – including finishing with a dot ball – as the West Indies claimed their first Super 12 victory and all but ended Bangladesh’s slim hopes of reaching the semi-finals.

The West Indies face Sri Lanka on Thursday, while Bangladesh are next in action on Tuesday when they play South Africa.