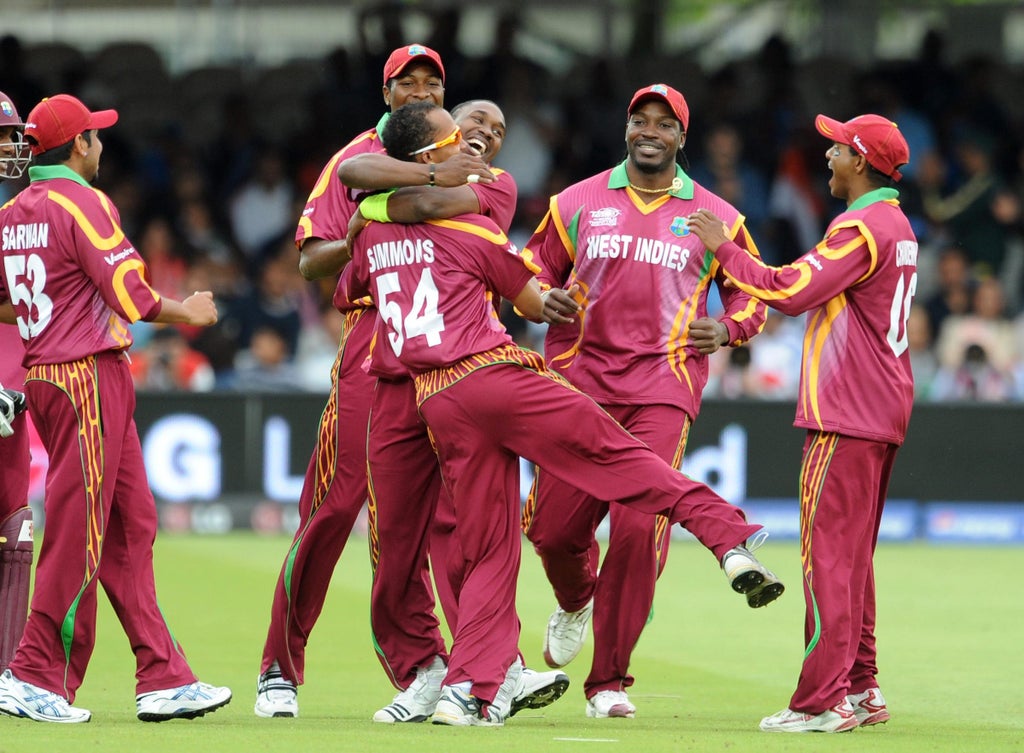 England will get their T20 World Cup campaign under way in earnest on Saturday when they take on the West Indies in Dubai.

The Windies have proven something of a bete noire for England in this competition, beating them in all five matches, including in the final five years ago when Carlos Brathwaite announced himself in breathtaking fashion.

Here, we take a look at those five meetings.

England had shaken off an embarrassing defeat by Holland earlier in the tournament and looked to be on the cusp of a semi-final spot when reducing the Windies to 45 for five, chasing 80 in nine overs, reduced from 162 due to rain. But England’s hopes were extinguished within minutes and they were left to reflect on being knocked out as Shivnarine Chanderpaul and Ramnaresh Sarwan kept their cool, getting their side over the line with four balls left.

It finished with England lifting their first global trophy but Paul Collingwood’s side’s campaign got off to a soggy start against the hosts, with Duckworth-Lewis-Stern their nemesis again. England’s formidable 191 for six was somehow whittled down to 60 from six overs because of inclement weather in Guyana, meaning Chris Gayle’s cameo of 25 off 12 balls ultimately trumped Eoin Morgan’s 55 off 35 and Luke Wright’s unbeaten 45, including four sixes.

England’s pursuit of 180 looked to be forlorn when they lurched to nought for two after three balls in Pallekele, Sri Lanka. But Alex Hales kept them afloat with 68 off 51 deliveries and Morgan came to the party with a six-laden 71 not out from just 36 balls, coming back into form after run of low scores. The pair put on 107 but their efforts were in vain as England’s defence of their title limply came to an end at the Super Eights stage.

England’s 182 for six, in what was both sides’ tournament opener, was put in the shade as Gayle came to the party with a stunning, belligerent knock. There were just the five fours but 11 sixes came from his blade as he thundered his way to 100 not out from 48 balls, becoming the first man to amass more than one ton at a World T20. With the self-styled Universe Boss in such form, the Windies were unstoppable and they won with 11 balls to spare in Mumbai.

‘Remember the name’. The equation at Eden Gardens in Kolkata boiled down to 19 off the last over with England in the box seat to become the competition’s first two-time winners. Enter Brathwaite in just his eighth T20 international, who flayed the first four balls of Ben Stokes’ over for six as the Windies won the competition for a second time. England had posted 155 for nine, backed up by Joe Root’s fifty with the Yorkshireman then removing Gayle as the Windies slipped to 11 for three. Marlon Samuels kept them afloat with 85 not out from 66 balls then deferred to his junior partner Brathwaite to deliver the coup de grace in an all-time epic finale.