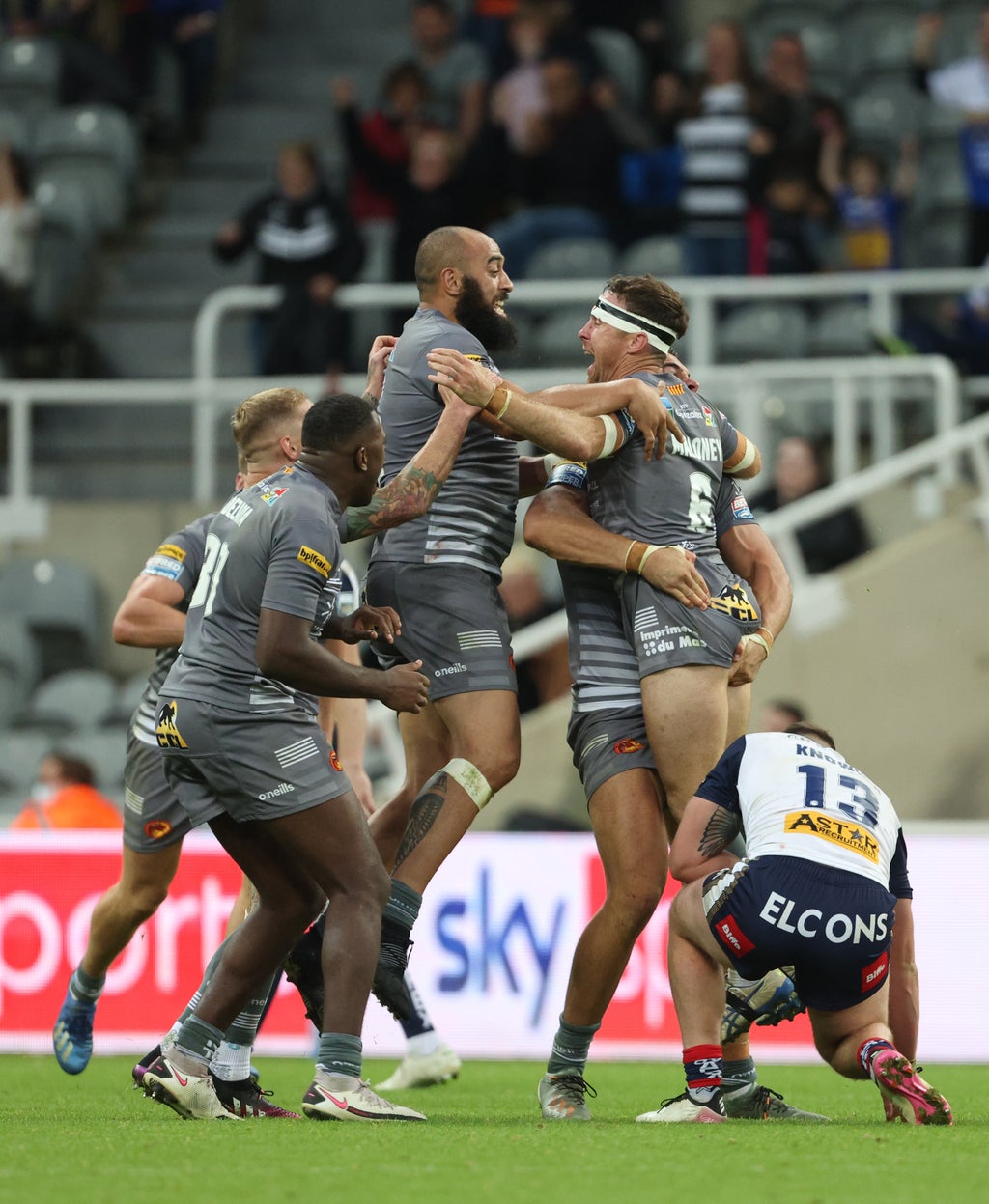 Catalans Dragons head for Old Trafford looking to break the mould as they seek to become only the fifth club to win the Super League Grand Final since its introduction in 1998.

Wigan and St Helens are the only first-time winners while Leeds and Bradford have also tasted victory at Old Trafford.

The Dragons, who face St Helens on Saturday, will be the ninth different Grand Finalists and here the PA news agency looks at the other clubs who have come closest to joining the big four.

The Black and Whites enjoyed a remarkable upturn in fortunes when Australian Peter Sharp took over from John Kear just over two months into the 2006 season. They went on a 13-match winning run which earned them a second-place finish behind St Helens. They maintained the resurgence with a semi-final win over Bradford but the final at Old Trafford proved to be a game too far as Saints showed their class with a 26-4 victory.

Tony Smith guided the Wolves to a maiden Grand Final in 2012, his fourth season with the club, but they went down to a 26-18 at the hands of his old club Leeds. They were back at Old Trafford 12 months later and this time lost 30-16 to Wigan. Under Smith, Warrington also lost in the 2016 final, by 12-6 to Wigan, and they suffered the same under his successor, Steve Price, when they were beaten 12-4 by Wigan in 2018.

Daryl Powell’s men lifted the League Leaders’ Shield in 2017 after their best-ever season in Super League and were highly fancied to add a maiden title but their Grand Final preparations were hit by the withdrawal of full-back Zak Hardaker for what were specified at the time as a “breach of club rules”. That turned out to be a failed drugs test and, in his absence, the Tigers crashed to a 24-6 at the hands of Leeds, who were able to send half-backs Rob Burrow and Danny McGuire out on a high.

Twelve months after winning the Million Pound Game with a golden point drop goal to avoid relegation, the Red Devils’ transformation under Ian Watson was complete when he guided them to a third-place finish in the 2019 regular season. They lost their opening play-off at Wigan but earned a re-match after knocking out Castleford a week later and got their revenge with a 28-4 victory in the final eliminator at the DW Stadium. Salford went to Old Trafford with high hopes of a maiden Super League title but St Helens were far too good, triumphing 23-6.