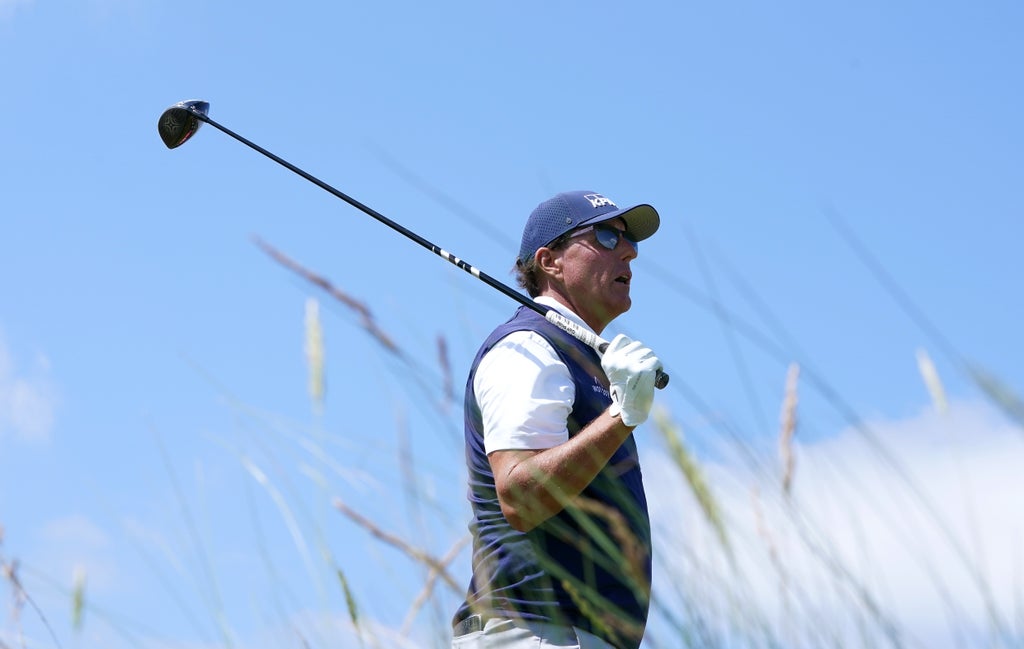 Phil Mickelson has hit out at the ‘amateurs’ governing the game and called a new 46-inch restriction on club length ‘stupid’.

In an attempt to curb ever-expanding driving distances the R&A and USGA have brought in a measure to allow a local rule to be implemented at all professional and elite amateur events from January 1 next year which stipulates the maximum dimensions of a club (excluding the putter).

It will curtail the experimentation of the likes of the big-hitting Bryson DeChambeau who has practised with a 48-inch driver but has not brought it into tournament play.

However, that has not stopped the 2020 US Open champion from pushing the boundaries, with one drive at last month’s Ryder Cup registering a massive 417 yards.

Mickelson is an opponent of measures to rein in increased distance and in the wake of the new rule announcement the six-time major champion took to quoting a line from the movie Forrest Gump to highlight his disagreement.

“Stupid is as stupid does.” Mrs Gump,” he wrote on Twitter.

Limiting club length is one way the game’s lawmakers, concerned about increasing distances for a number of years, believe such advances can be kept in check.

Following research begun in 2014, The R&A and the USGA announced proposals to limit club length to 46 inches in February.

Rather than a rule change, however, they have now confirmed this will be an optional choice as a ‘model local rule’ for top-level tournaments and the recreational game will not be affected.

Martin Slumbers, chief executive of The R&A said: “We have taken time to consult fully with the golf industry, including players, the main professional tours and equipment manufacturers, and have considered their feedback carefully.

“We believe this is the right thing for the game at this time and it will provide tournament organisers with the flexibility to choose for themselves within the framework of the rules.”

USGA chief executive Mike Whan said: “Admittedly, this is not the ‘answer’ to the overall distance debate/issue but rather a simple option for competitive events.

“It’s important to note that it is not a ‘rule of golf,’ and as such, it is not mandated for the average, recreational golfer. Rather, this is an available tool for those running competitive events.”

Further proposals relating to the testing of golf balls and the ‘spring-like effect’ on club faces remain under consideration.