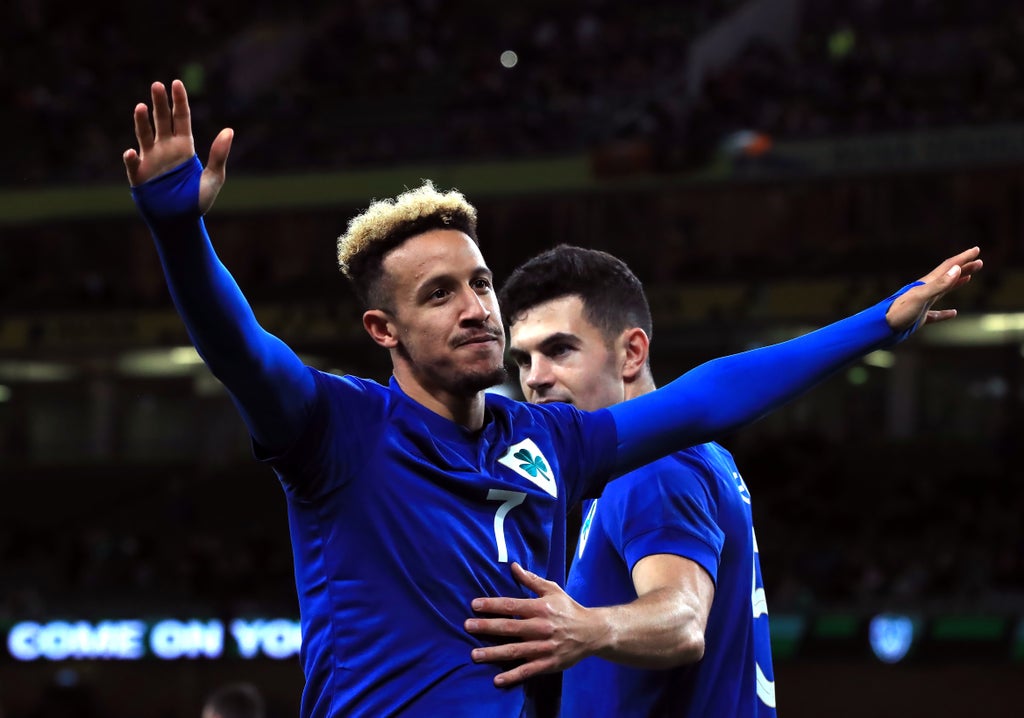 Stephen Kenny is hoping in-form striker Callum Robinson realises how important he could be to the Republic of Ireland after scoring five goals in his last two games.

The West Brom forward followed up his double in Saturday’s qualifying victory in Azerbaijan with a hat-trick in a 4-0 friendly rout of World Cup hosts Qatar in Dublin on Tuesday evening to take his tally for his country to six goals.

Asked about the contribution of a player who has missed football for his country after twice catching Covid-19, manager Kenny said: “I just hope he knows how important he is to us and realises that he can be a really significant player for us.

“He’s very good in the group, he’s a really bubbly character with a lot of decency, a lot of good points as a person.

“But as a player, he has more to give. He’s obviously missed that much, which has been difficult, so to get those five goals now will give him real belief over the next while, I hope.”

Robinson repeated Saturday evening’s feat inside 13 minutes at the Aviva Stadium, sending keeper Meshaal Barsham the wrong way from the spot after defender Bassam Hisham Alrawi had deflected his fourth-minute shot into his own net.

He completed his treble eight minutes after the restart to claim Ireland’s first hat-trick since Robbie Keane’s against Gibraltar seven years and a day earlier.

Defender Shane Duffy cemented what was as routine a victory as it could be after a run of just one win in 16 games for Kenny before the trip to Baku, with a 59th-minute header to send the Republic into next month’s concluding World Cup qualifiers against Portugal and Luxembourg knowing they cannot make it to Qatar but with spirits significantly raised and with Kenny targeting Nations League success in June next year.

Kenny said: “In all seriousness, when we started marking out medium and long-term strategies for the team, one of the things that we were looking at doing, the Nations League in June, our ambition is to win the group.

“We will take the Nations League extremely seriously with a determination to win the group because that gives you a Euro play-off.

Qatar boss Felix Sanchez was left to bemoan a disastrous start from which his side never recovered.

He said: “It was a tough game for us, of course, obviously from the very beginning. We conceded a very early goal and after that we showed we were not today at the level that we expected to be.

“But that’s football. We need to learn from our mistakes. When you are playing at this level, you need to be at your top level.

“We needed a good performance today and we couldn’t, so we need to keep working and try to fix the things that we did wrong in this game.”