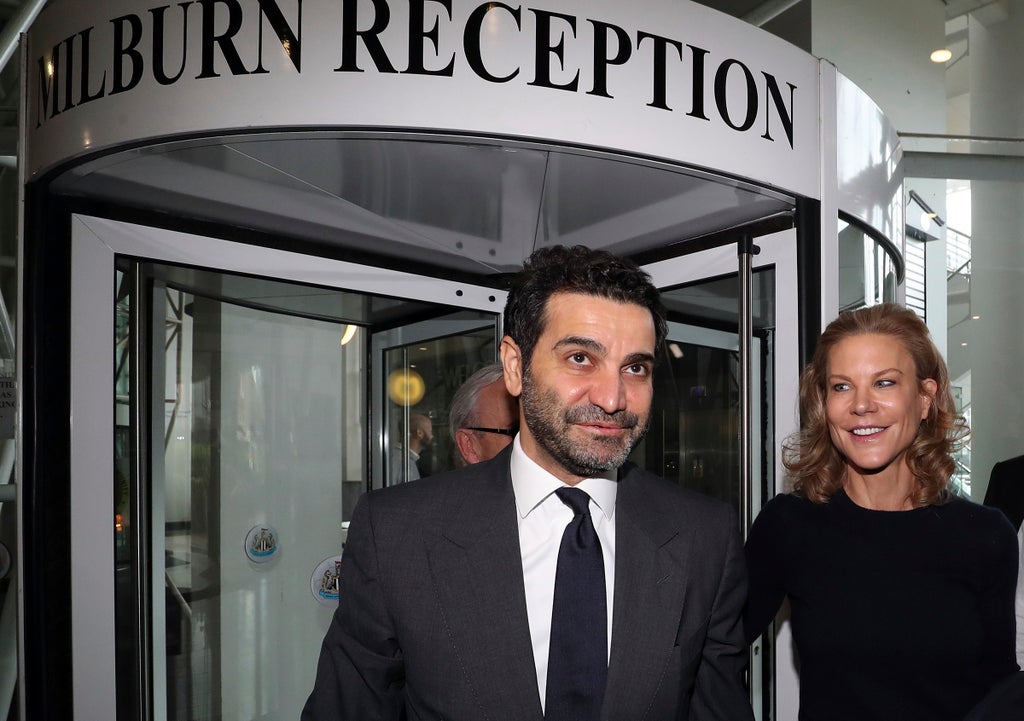 Staveley, the figurehead of the Saudi-backed consortium which completed its takeover at St James’ Park last Thursday, and her husband were pictured on the club’s website watching training at Darsley Park after introducing themselves to the players.

There was no sign in the official photographs of Bruce, whose departure has been predicted ever since it became apparent that Mike Ashley who had remained a staunch supporter of the man he asked to replace Rafael Benitez in July 2019, had finally managed to offload the Magpies.

Newcastle sit 19th in the Premier League table after winning none of their opening seven games, and Bruce has himself acknowledged that the new owners could want to bring in their own man.

They face Tottenham at home on Sunday, when a party atmosphere is expected after more than 14 fractious years of Ashley’s reign.

It seems highly unlikely that Bruce, who was last week urged by 94.3 per cent of respondents to a Newcastle United Supporters Trust poll to resign, will still be at the helm.

He would be entitled to a sizeable pay-off and, given the abuse he has endured from some sections of the club’s support in recent months, an exit could come as a relief.

Staveley insisted on Thursday evening that no decision had been taken on the head coach’s future, but she and her team arrived ready to conduct a swift review and the PA news agency understands a list of potential replacements has been drawn up.

Former Chelsea boss Antonio Conte and current Rangers manager Steven Gerrard are among those to have been linked with a potential vacancy on Tyneside, with the Magpies’ vastly increased pending power a new weapon in the armoury.