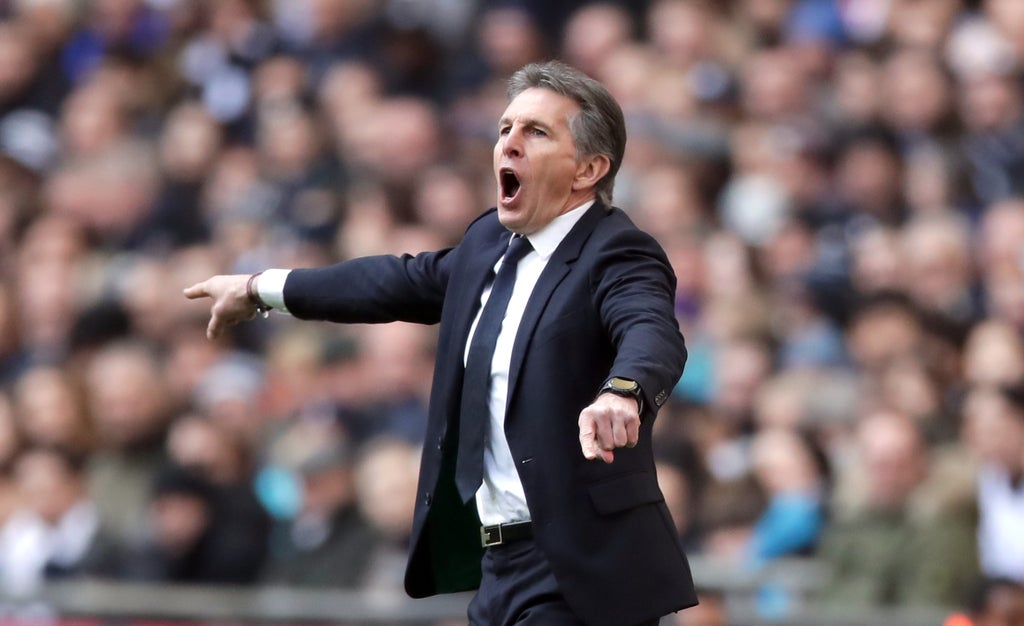 Mickael Nade’s stoppage-time header rescued a point for St Etienne in a 2-2 home draw against Angers, but the Ligue 1 game was overshadowed by protests which caused a delay of almost an hour.

St Etienne fans hurled dozens of flares onto the pitch at the Stade Geoffroy-Guichard during the players’ warm-up, setting fire to one of the nets and damaging the playing surface.

Angry home supporters demanded the resignation of manager Claude Puel – formerly of Southampton and Leicester – and, despite Nade’s last-gasp equaliser, their club’s winless start to the season was extended to 11 matches and they remain bottom of the table.

Ismael Traore gave Angers a half-time lead and it looked bleak for Puel’s side when Angelo Fulgini fired the visitors 2-0 up early in the second period.

Wahbi Khazri’s free-kick gave St Etienne a lifeline and, in the fourth minute of added time, Nade headed their equaliser following a corner.

Montoro equalised for Granada from 40 yards in the 90th minute to cancel out Chimy Avila’s opener for Osasuna on the stroke of half-time.

Despite the late setback, Osasuna climbed three places up to second in the table, two points behind leaders Real Sociedad and one above Real Madrid, Sevilla and Atletico Madrid, who all have two games in hand.

Osasuna played the last 16 minutes with 10 men after defender Cote was shown a straight red card for his foul on Granada’s Colombian striker Luis Suarez.

In the Bundesliga, Mainz halted a run of three straight defeats and moved into the top six after a 4-1 home win against Augsburg.

Karim Onisiwo, Stefan Bell and Jonathan Burkardt all struck for Mainz in the first 26 minutes before Augsburg replied through Andi Zeqiri nine minutes after the hour mark.

Burkardt’s second goal of the night ensured all three points for the hosts, while Augsburg’s winless run was extended to four matches.

Sampdoria registered their first home win of the season in Serie A as they beat Spezia 2-1.

Emmanuel Gyasi’s own goal and Antonio Candreva’s effort put Sampdoria in control at half-time and Daniele Verde notched a stoppage-time consolation for the visitors.

Torino picked up their first league win in five games with a 3-2 home victory against Genoa.

Antonio Sanabria and Tommaso Pobega put Torino in command at the break and, after Mattia Destro had pulled one back for Genoa, Josip Brekalo restored the home side’s two-goal advantage.

Felipe Caicedo’s close-range finish gave Genoa hope, but Torino held on to climb into the top half of the table.