Gareth Southgate is keen to maintain the relationship between his squad and the press that served him so well at the last World Cup in Russia. The Football Association is organising another media centre in Doha which mirrors the one provided at England’s base in 2018.

FA staff are also conscious boredom might become an issue with reporters, due to the restrictions on socialising in the deeply religious country. The media centre in Qatar will be situated within a short walking distance of the team’s training base and will include a pool table, basketball hoop, air hockey machine, soft seating and dart board.

England’s stars will be encouraged to spend time in the facility and mingle with the press. There is also expected to be another daily darts challenge involving a nominated player and media representative, which has become a tradition under Southgate. In 2018, former Sports Agenda columnist Charlie Sale took part in the first encounter, losing to Gary Cahill. 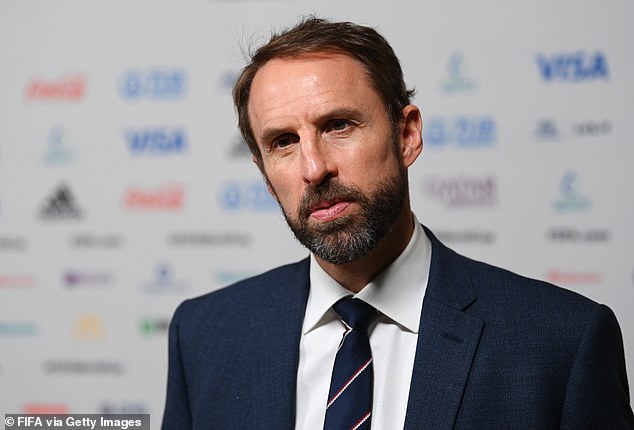 The decision to build a national tennis academy in sunny Stirling was ludicrous at the time and even more so now, given that it has closed after just three years.

However, the man responsible for it will be well clear of any fallout. Simon Timson, whose brainchild it was, is now performance director at Manchester City, having left the same role at the Lawn Tennis Association in 2020. Just one Scot was involved in the programme, which it was hoped would ‘provide a pathway to champions’. The reality was the only pathway was to champions of the Premier League, rather than Wimbledon.

A growing number of counties are making the mind-boggling decision to get rid of pay-on-the-day facilities at grounds.

They want punters to buy their tickets online – and provide their personal details. Nottinghamshire had to write to supporters ahead of last week’s fixture with Middlesex at Lord’s to tell them they would have to book tickets in advance on the website should they wish to attend.

Given the age of many of the clientele, this may not be the smartest of moves from those often accused of being experts in shooting themselves in the foot.

Enterprising reporters covering the Miami Grand Prix were threatened with arrest and expulsion when some were spotted entering ‘restricted areas of local highways’ – namely turnpike ramps above turns 15 and 16 – to get a better look.

A frosty note was placed in media areas warning their actions were ‘illegal under Florida State Law’ and ‘subject to criminal penalties’.

FAILIURES REMOVED FROM BARNSLEY BOARD

What is the opposite of the golden touch? Barnsley’s part-owners – the American businessman Paul Conway and Chinese entrepreneur Chien Lee – were unceremoniously booted off the board at Oakwell last week amid a backdrop of failure in their stable of clubs across Europe.

The Tykes sank without trace from the Championship while Nancy-Lorraine dropped out of France’s Ligue 2, Esbjerg look a cert to go from Denmark’s second tier and Den Bosch have hardly set Holland’s second tier Eerste Divisie alight.

Meanwhile, the Championship play-offs are awash with former Barnsley employees. Execs Dane Murphy and Taymour Roushdi joined Nottingham Forest last year, ex-boss Paul Heckingbottom is at Sheffield United while half of Huddersfield’s medical team made the short journey from south to west Yorkshire.

While, as this newspaper reported, there was an incredible breach of security recently at BT Sport’s studios when an imposter confronted staff, there appears to be a rather different approach at Sky Sports.

The broadcaster is aware of safety concerns among its staff, given its Isleworth’s HQ’s distance from the tube station and the fact that many, often female workers, have to walk alone through an underpass late at night.

Last week, personal safety alarms were issued to all people across the company. With GPS, any SOS signal sent triggers a response by emergency services. Staff were given a choice of two devices – an ‘egg’ with a two-way audio channel, or a similar option which attaches to lanyards.

LUKAKU ON TO A WINNER… WITH HIS FOOTWAER

Romelu Lukaku had a miserable afternoon against Liverpool at Wembley and his mood wasn’t lifted when he met by a chirpy steward as he made his way out of the stadium.

‘Well, they are the best trainers I have seen anyone wearing today,’ Lukaku, who was wearing a pair of duck egg blue Nikes, was told. The £95m flop had ignored all requests to speak to the assembled media and even this compliment failed to trigger a flicker of emotion. 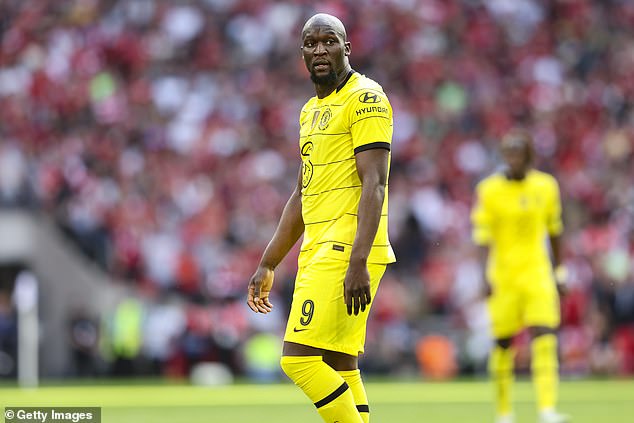 A rare night to be proud of for Manchester United last week when their youngsters lifted the FA Youth Cup in front of a record crowd of more than 67,000.

There was a nice touch when former players and coaches Nicky Butt, Michael Carrick and Kieran McKenna were invited to Old Trafford as guests in a nod to the work the trio carried out at the academy.

LEAGUE ONE RIVALS BOTH CELEBRATE IN VEGAS

Considering it was so difficult to split them over a 46-game season perhaps it should come as no surprise that League One champions Wigan and promoted Rotherham, who finished two points behind them, were at it again after the campaign ended.

Both squads chose to jet out to Las Vegas for rest and recuperation, with some players sharing the same flights. 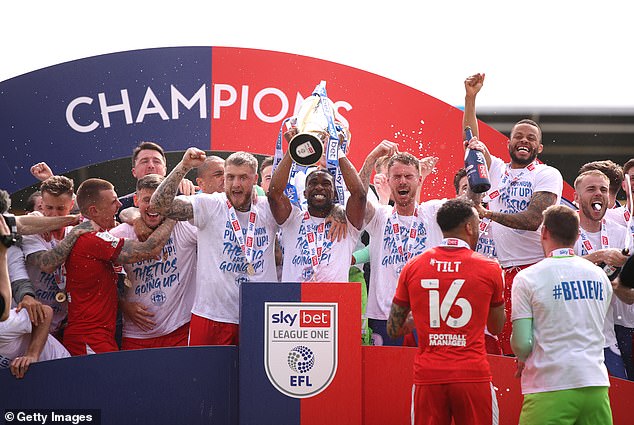 The brutal sacking of a host of employees appears not to have had an impact on the Premier League when it comes to choosing a broadcaster to look after its distribution.

On April 28, Sportsmail reported how IMG had carried out something of a cull, with a number of staff told their services would not be required. Less than two weeks later, the top flight announced a three-year deal with IMG, with chief media officer Paul Molnar gushing: ‘The Premier League is delighted to extend our longstanding partnership,’ adding he was ‘grateful for the expertise of the IMG team’. Charming.

NO JINX FOR CHELSEA’S KERR

It took some persuading to ensure Chelsea star striker Sam Kerr was on hand to pick up her Footballer of the Year award earlier this month.

The Australian is notoriously superstitious and did not want to ‘jinx’ the title decider against Manchester United by collecting an award before the season had ended. However, it was of no matter, given the 28-year-old Aussie struck a hat-trick in a trophy-sealing 4-2 victory.