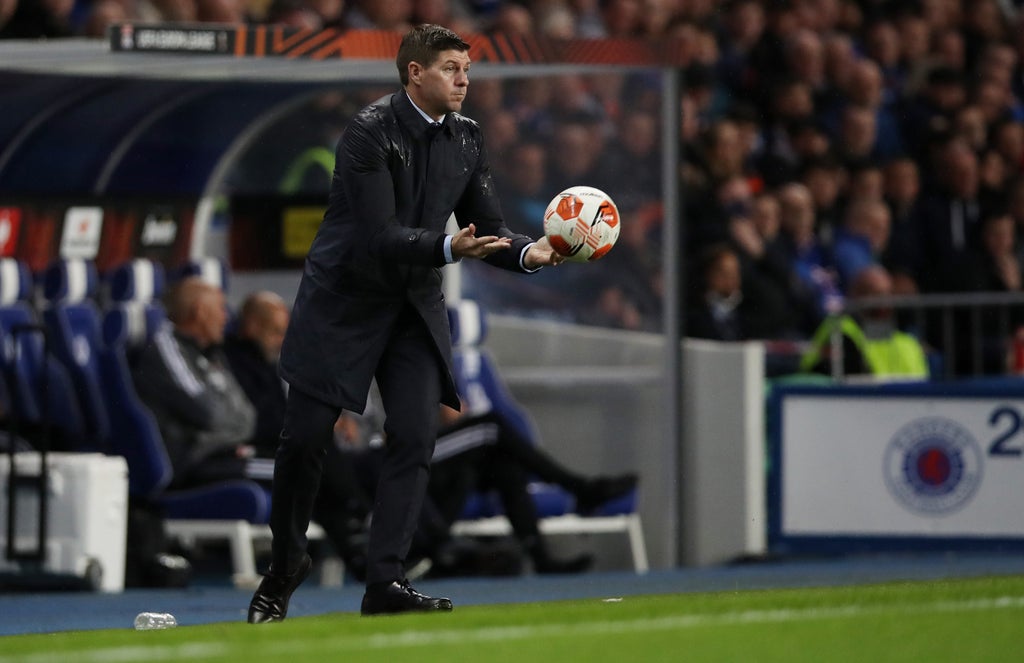 Rangers will look to bounce back from their opening defeat to Lyon when they visit Sparta Prague in the Europa League tonight.

Steven Gerrard’s side lost their first Europa League group stage match at Ibrox in over three years as Lyon won 2-0 in Group A two weeks ago.

The Scottish champions are top of the Premiership table after seven matches but have dropped points against Dundee United and Motherwell so far.

Rangers were eliminated from the Europa League in the knockout stages by Czech opposition last season as Slavia Prague secured a 3-1 aggregate win. Sparta Prague drew their opening match of Group A after they were held to a 1-1 draw by Brondby.

Here’s all the information you need before the Europa League fixture this evening.

When is Sparta Prague vs Rangers?

The match will kick off at 5:45pm BST on Thursday 30 September.

It will be shown live on BT Sport 3, with coverage starting at 5:15pm. BT Sport customers can stream the match live on the BT Sport website and mobile app.

Rangers will be without Ryan Kent after the winger was ruled out for a month after picking up a knee injury in the defeat to Lyon. Filip Helander has been ruled out for several months after undergoing surgery. Nnamdi Ofoborh and Ryan Jack also remain in the sidelines.

Lukas Julis (groin) is out, while the Czech side will also be without winger Ladislav Krejci, left-back Casper Hojer and midfielder Borek Dockal.

Rangers can’t afford a defeat and would settle for a point in the hope of picking up two further wins at Ibrox in Group A. Sparta Prague 1-1 Rangers