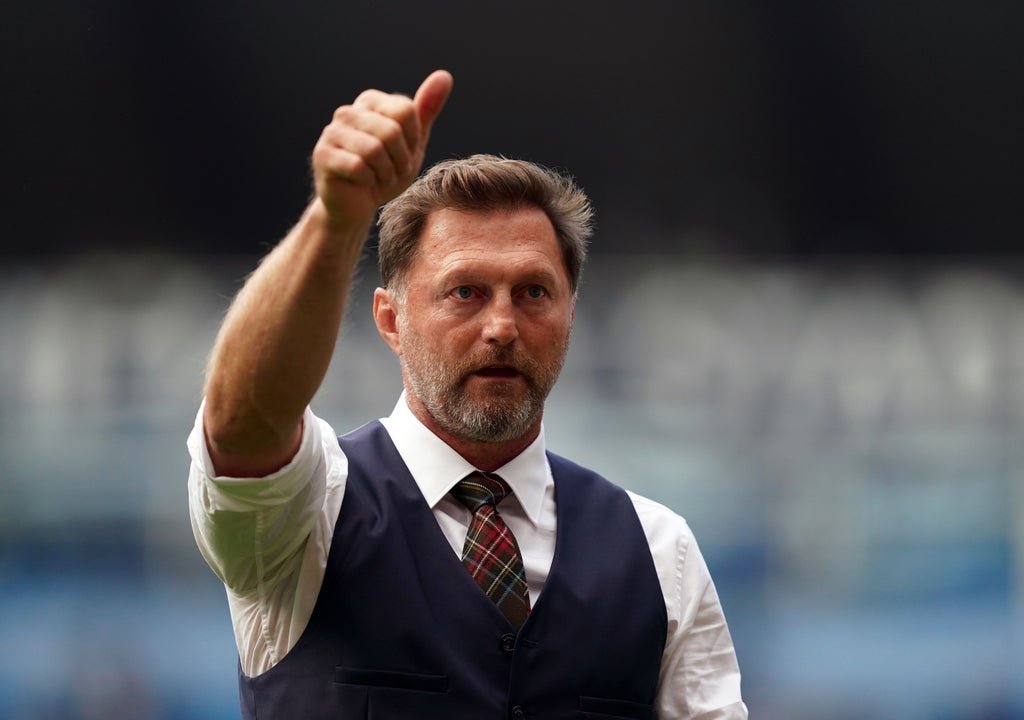 Ralph Hasenhuttl insists he is not feeling the pressure as Southampton look for their first Premier League win of the season.

Saints have four points from seven matches following a tricky opening set of fixtures, which have included games against Manchester United, Manchester City and Chelsea.

Hasenhuttl’s team might have taken the scalp of either Manchester club but had to settle for a draw on each occasion.

The Austrian thinks performances have been better than their points return and believes that elusive first victory will come soon.

Ahead of Saturday’s home fixture against Leeds, the Saints boss said: “We have a fantastic job, a beautiful job to do. A Premier League manager is an interesting job every day, always different and finally to release the pressure you need wins.

“But you should be able to switch off from time to time, otherwise you will go mad.

“We have not had a win so far, but the performances my team have shown have been much better than the result in some games.

“We need a few bits in our game to make it better and then the wins will come, I am sure.”

There had been speculation during the international break about Hasenhuttl’s job, but this week chief executive officer Martin Semmens spoke out in support of the Saints boss.

On Semmens’ backing, Hasenhuttl said: “He does not need to say this publicly because I feel it every day.

“In the times we have been through together there were definitely more difficult situations than this one and we always find a way to get back to success.

“We also know about the limits we have compared to the other teams. We don’t want to make us smaller than we are, we must be brave like we have been in all the games this season.

“We have been missing a few goals, otherwise we would have taken a few more wins, but we have trust in everybody who is working and playing here.”

Southampton will be without captain James Ward-Prowse when they resume their Premier League campaign against Leeds at St Mary’s.

The 26-year-old is suspended following his red card in the defeat at Chelsea prior to the international break, so Ibrahima Diallo is likely to get a rare start in midfield.

On-loan Chelsea forward Armando Broja will return to contention after being ineligible against his parent club, but Che Adams will miss out after suffering a muscle injury while on international duty with Scotland.