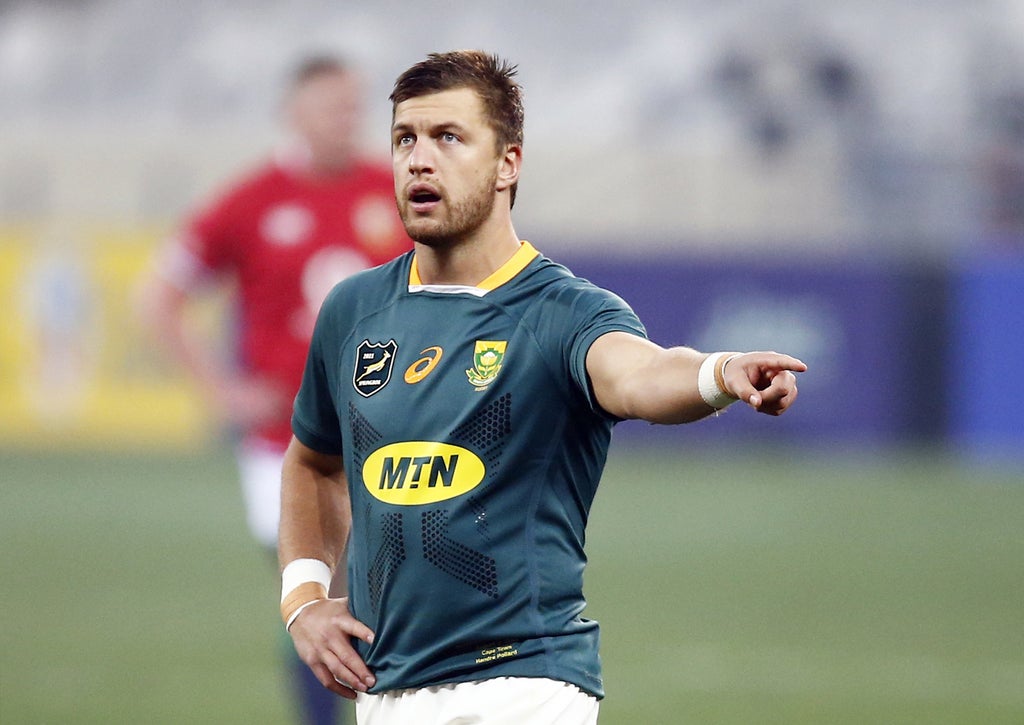 Handre Pollard and Cobus Reinach come into the side to form a fresh halfback pairing at Twickenham, with Elton and Herschel Jantjies dropping to the bench.

The other change from the side which started the 30-15 win over Scotland at Murrayfield sees Lood de Jager take over at lock from Franco Mostert, who also joins the replacements.

The last time the Springboks beat England at Twickenham was in 2014, but they won the most recent meeting between the two sides in the 2019 Rugby World Cup final in Yokohama – where fly-half Pollard slotted over six penalties and two conversions in a 32-12 victory.

Asked if he expected a backlash from Eddie Jones’ side following that defeat, Nienaber said: “I won’t know what Eddie is telling his players. From our perspective the World Cup has been so long ago.

“It’s water under the bridge, you can’t stay and live in that moment. You need to move on and we definitely did, even from the British and Irish Lions. It’s new focus, new objectives and we are working towards France 2023.

“We built up good momentum in the Tests against Wales and Scotland, and it is important for us to transfer that into our final match of the tour against England, so we opted to make only three changes to the starting team.

“England will pose different threats to Scotland, and with that in mind we have decided to start with Handre, Cobus and Lood.

“Elton, Herschel and Franco have shown that they can inject energy and ignite a spark on attack off the bench, which will be handy against an English outfit that we know will be highly charged up for this match.

“England have made it clear that they’ll come hard at us in this match, and with a few British and Irish Lions players in their midst, home ground advantage and a new record of eight wins in a row against Australia adding to their motivation this weekend, so we know it will be a hard grind.”