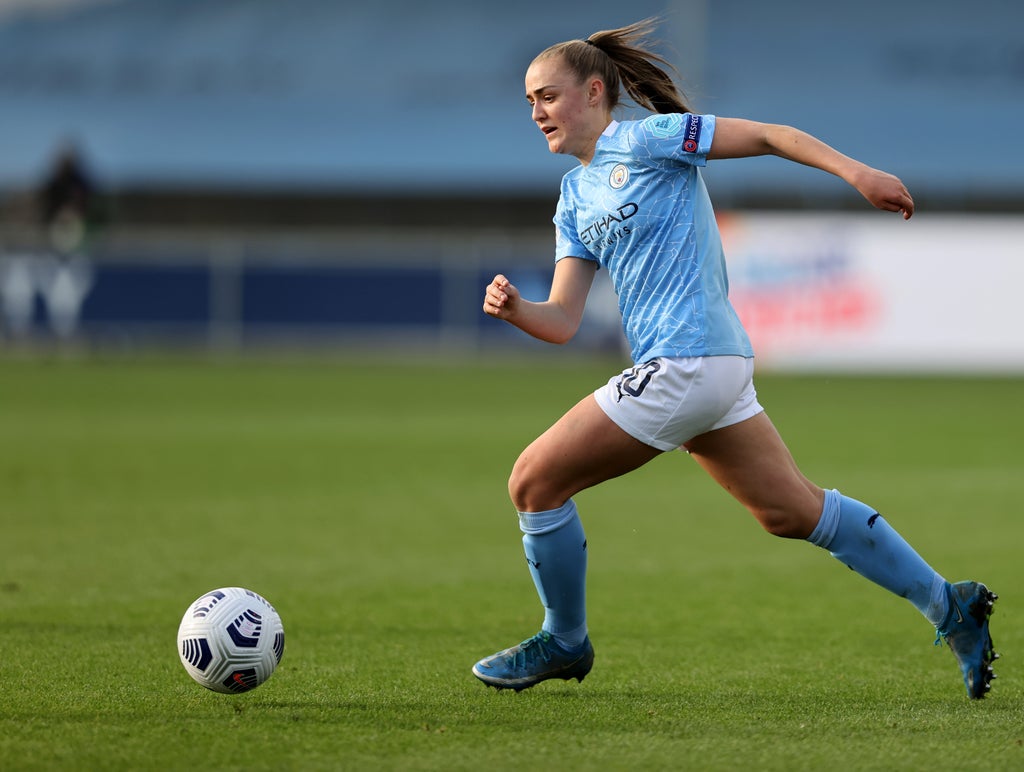 England boss Sarina Wiegman has emphasised social media is something she will be discussing with her players after Georgia Stanway received abusive messages online at the weekend.

Stanway – part of Wiegman’s squad for this month’s World Cup qualifiers against Northern Ireland and Latvia – was sent off during Manchester City’s 2-2 draw at Manchester United on Saturday for a tackle on Leah Galton.

In a subsequent post on Twitter, the 22-year-old apologised for the incident and revealed she had been “subjected to all sorts of abusive messages” on social media.

Asked about Stanway on Tuesday following the announcement of her 24-player squad, Wiegman told a press conference: “On social media, sometimes it is a chance to get messages out, and sometimes you get reactions where you think ‘why do people react this way?’ It is so disappointing that people do that, I think. I haven’t spoken to Georgia yet, I hope she’s fine.

“[Social media] is certainly something we have to be aware of, and we are aware of. We speak with players about it. We have a couple of international periods until the Euros [hosted by England next summer] and this is one of the themes that we will speak about with our group.

“On 6July we want to have trained or discussed all the things so we are ready to start the tournament.

City boss Gareth Taylor said Stanway was “okay” as he gave his thoughts on the matter on Tuesday at a press conference ahead of his side’s Continental Cup match against Everton.

Taylor said: “She’s okay. I had a conversation with her yesterday. She looked bright in training today, she had a smile back on her face.

“Nobody wants any person to be in that situation. Unfortunately that seems to be the nature of social media at the moment. It’s really hard to find any good news on there, and people are always quick to judge. If you want to find bad news, it’s not hard to find on there, and a lot of negativity.

“I think people who judge need to walk in those person’s shoes first before they make a remark. It’s very difficult to get on top of really in terms of these people because it seems to be silent warriors who sit behind a laptop or a phone and can just send messages as and when.

“It affects people and it will affect Georgia, and naturally we need to rally round and help, whoever is involved in this. We value these players, we value them as people first and foremost, and we try and support them as best we can.”

Taylor added: “I stepped away from [social media] a while ago, I felt that it was taking up a lot of my time, and like I said, I really struggled to find anything positive on there.

“I understand completely why players are on there – I think it’s a really good way of interacting with the public and supporters. But obviously when things don’t go so well, or there’s a negative outcome, you get this onslaught of abuse and hate. So I think we’re always looking at ways we can help in that. We try to advise as best we possibly can.

“The easiest thing for us to say is ‘don’t use it’, but is that the right way to approach it? I think everybody can see the benefits of it, but at the moment I think we talk far too often about the downside of it, which is similar to this case.”