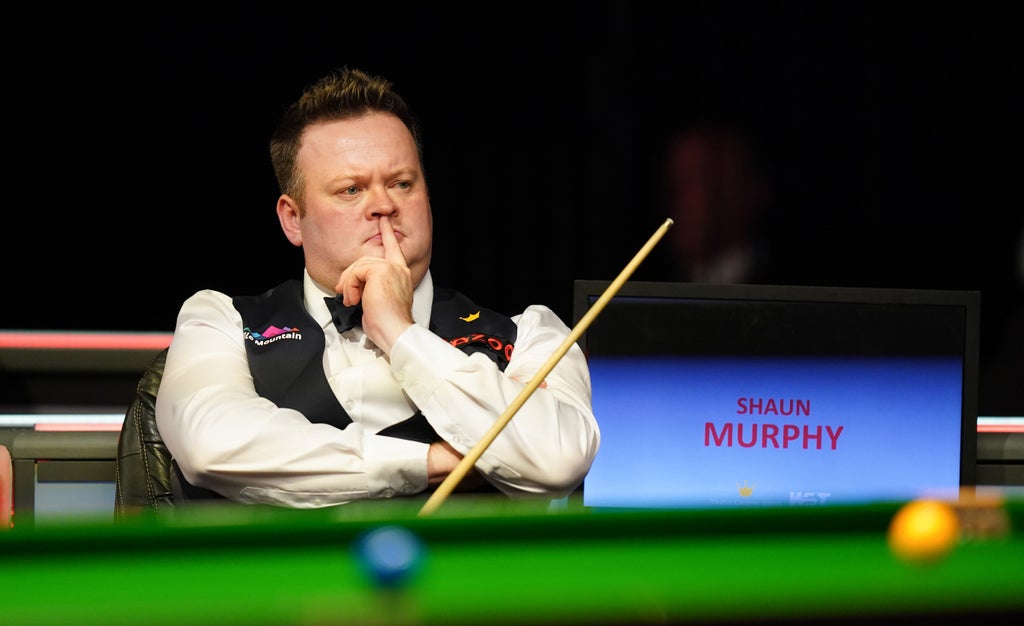 World Snooker chiefs have dismissed Shaun Murphy’s claims that Chinese teenager Si Jiahui should not have been given the chance to score a famous UK Championship upset over the 2008 winner on Tuesday night.

Murphy, a former world champion who has banked over £4million in career prize money, was bundled out of the event at the first-round stage by 19-year-old Si, who is playing as an amateur after dropping off the tour at the end of last year.

Afterwards the 39-year-old launched an extraordinary tirade against World Snooker Tour for allowing players like Si to compete via the ‘top-up’ system, in which the top-ranked players outside the tour gain entry if the 128 available professional slots cannot be filled.

Murphy told BBC Radio Five Live: “I am going to sound like a grumpy old man but that young man shouldn’t be in the tournament. It is not fair, it is not right.

“I feel extremely hard done by that I have lost to someone who shouldn’t even be in the building. I don’t know why we as a sport allow amateurs to compete in professional tournaments. This is our livelihood. This is our living. We are self-employed individuals and not contracted sportsmen. We don’t play for a team.

“The other 127 runners and riders in the tournament, it is their livelihood, too. It is wrong, in my opinion, to walk into somebody who is not playing with the same pressures and concerns I am.

World Snooker Tour issued a robust response, saying it “strongly disagreed” with Murphy’s claims and insisting the opportunity for young amateur players to compete on the biggest stage formed a “crucial part” of their development.

The organisation said in a statement: “Si Jiahui earns a place in ranking tournaments this season as one of the leading players on the 2021 Q School rankings.

“While he may have amateur status, he deserves his place in our events, based on his results.

“Amateurs play under the same rules as professionals, they can earn prize money and places on the World Snooker Tour based on results.

“Many elite amateur players like Si Jiahui train and compete full-time in the hope of earning a guaranteed tour place, therefore they are competing under significant pressure with no guarantees.

“Providing opportunities for the best amateur players is important for our growth as a sport and that is something that Shaun benefitted from during his early days as a player.

“We have come a very long way as a global sport over the past decade and that has partly been down to the structures we have built both at professional and grassroots level worldwide.

“For the best young players, the chance to compete on the big stage is a crucial part of their development and the development of the sport as a whole.

“We respect Shaun’s opinions, but in this case we strongly disagree with his comments.”

This season there are only 122 professional players on the World Snooker Tour, mainly because a number of the amateur tournaments which offer tour cards as prizes were not played due to the pandemic.

This means the best amateurs, ranked by virtue of their performances at Q School – in which Si finished fifth – are effectively guaranteed a ‘top-up’ place in 128-strong tournaments.

Murphy himself played as an amateur golfer when he attempted to qualify for The Open in 2019, missing out after a 12-over-par score of 84 at County Louth.