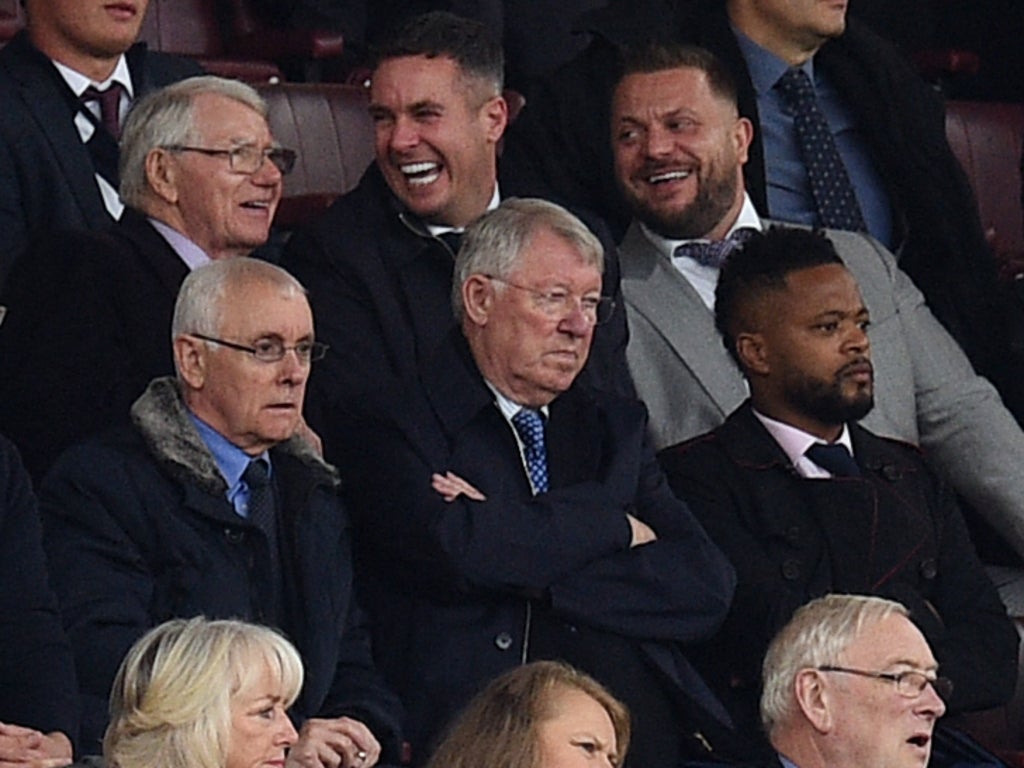 The last thing Ole Gunnar Solskjaer needed this week was a royal visit to Carrington from Sir Alex Ferguson. The presence of the Old Trafford great – whose pained expression during Manchester United’s 5-0 defeat by Liverpool summed up the mood of everyone associated with the club – only served to highlight the Norwegian’s ineptitude.

Handling the succession after Ferguson retired was always going to be a problem, but eight years after the Scot left the manager’s office he is still casting a shadow over United. The 79-year-old’s support for Solskjaer does not seem grounded in reality. It smacks of desperation, with Ferguson keen to maintain his lineage at the club.

Solskjaer has never stamped his authority on the team. He comes across as weak and the show of support from his former boss only reinforces this perception. The problem is that, after the failed experiment with Jose Mourinho, the United hierarchy do not want a strong personality at the helm who will reshape Old Trafford in his own image. They are afraid of Antonio Conte.

Very few managers have to coexist with such a towering figure as Ferguson. When this happens, it rarely turns out well for the man in charge of the team.

It took more than half a decade for Sir Matt Busby to recede into the background at United after originally stepping down in 1969. Wilf McGuinness, the Scot’s assistant and heir, lasted just 18 months before he was sacked. Busby was back at the helm until the end of the season until Frank O’Farrell was put in charge for a season-and-a-half. O’Farrell never forgave Busby, whose meddling the Irishman believed contributed to his dismissal just before Christmas in 1972.

“The club has a great reputation,” O’Farrell said. “But the people I was dealing with at that time weren’t very nice people. And they were vindictive, punitive, and nasty people. Matt Busby was one of the worst of them.”

Tommy Docherty was appointed to replace O’Farrell. Although United were relegated under the new manager, Docherty had a big personality and took charge at Old Trafford and the Busby era was finally over. Ironically, Busby had a significant influence on the decision to terminate Docherty’s contract in 1977 but it was not for football reasons. It emerged that ‘The Doc’ was having an affair with the club physiotherapist’s wife, Mary Brown, and that outraged Busby, a conservative Catholic.

Liverpool had similar succession problems with Busby’s great friend Bill Shankly. The Anfield legend left the job in 1974 but continued to hang around the Melwood training ground. The players naturally gravitated to the man they had known for so long as ‘the boss’ until Bob Paisley put his foot down and told Shankly to stay away. The snub hurt the Scot but it meant that Paisley was allowed to operate in his own way, carve out his own path and lead Liverpool to unprecedented glory.

Paisley showed how important it is for a new manager to stamp his authority on a club. He also provided a template for how to become a positive influence on his successors after retiring. After he stepped down in 1983, the man from County Durham was a constant presence around Anfield but his reticent personality meant that his replacements did not find him overbearing. He was particularly helpful to Kenny Dalglish, who became player-manager at the tender age of 34.

“Bob never told me what to do, but he was always available if I wanted some advice,” Dalglish said. “Sometimes, if things were not quite right, you’d see him around a bit more often and I’d realise he had something to say. But he never made me feel like he was talking down to me or telling me how to do things. He only offered advice when asked. Then he’d make a suggestion or two and he was invariably right. I was really grateful to have him there.”

Paisley’s light touch worked. Solskjaer might have benefitted from a similar approach but United do not operate that way.

The 48-year-old needs a rapid improvement in results but the situation appears irretrievable. The players have recognised the weakness in their boss and the coaching staff are divided. Going into the life-after-Mourinho derby against Tottenham Hotspur at White Hart Lane on Saturday, United look to be in an even worse state than Spurs.

Solskjaer is not the answer. The patronage of the club’s most successful manager entrenches the problem rather than addressing it. Old Trafford is missing the ruthlessness that Ferguson brought during his time in charge.