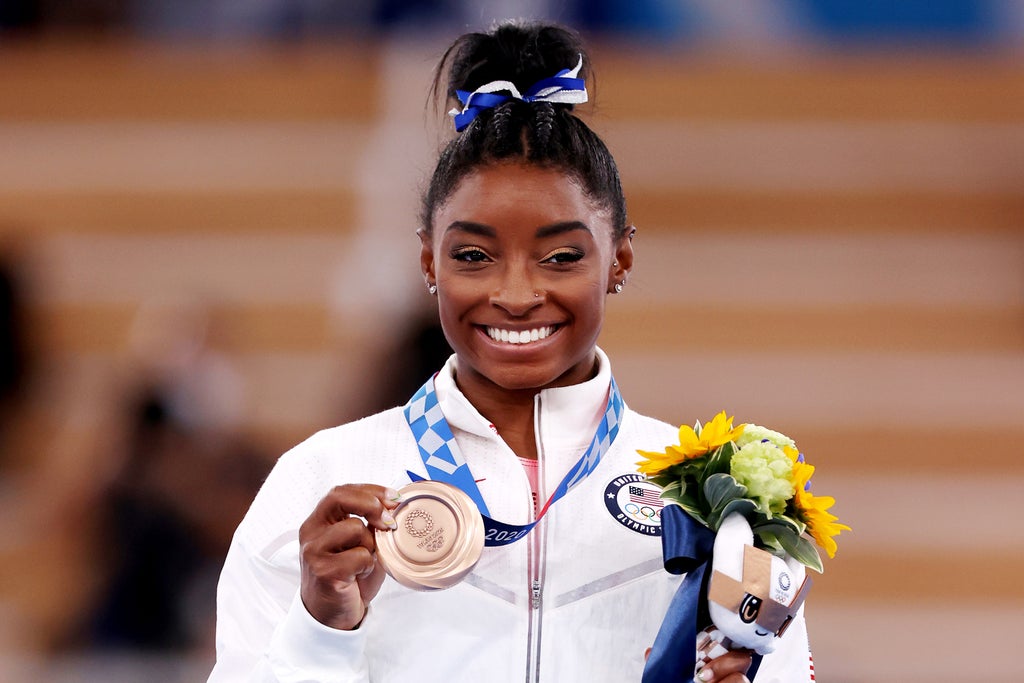 Simone Biles has said that she should have quit gymnastics “way before” Tokyo 2020.

The four-time Olympic gold medallist withdrew from several events in Japan after choosing to focus on her mental health and suffering with the “twisties”, which affected her performance.

The American has now admitted that the impact of the abuse of former team doctor Larry Nassar, now serving a de facto life term without parole in prison, meant that she “should not have made another Olympic team”, but that Biles fought to ensure Nassar did not deny her another opportunity to compete on the biggest stage.

“I should have quit way before Tokyo, when Larry Nassar was in the media for two years. Everything I’ve gone through for the past seven years – it was too much,” Biles said in an interview with New York magazine.

“But I was not going to let him take something I’ve worked for since I was six years old.

“I wasn’t going to let him take that joy away from me. So I pushed past that for as long as my mind and my body would let me.”

Biles secured two medals at this summer’s Olympics, taking a team silver despite withdrawing after the first rotation of apparatus, and then returning to take a bronze on the balance beam for a second Games in succession.

The 19-time world championship gold medallist, widely regarded as one of the greatest gymnasts of all time, had been a heavy favourite to add at least five Olympic titles to the four she secured in Rio de Janeiro in 2016.

However, her battles with the disorienting impacts of anxiety she felt at the event meant that Biles was forced to miss much of the programme at the Ariake Gymnastics Centre.

“Leading up to it, I got more and more nervous,” Biles said of Tokyo 2020. “I didn’t feel as confident as I should have been with as much training as we had.

“I was not physically capable. Every avenue we tried, my body was like: ‘Simone, chill. Sit down. We’re not doing it’. And I’ve never experienced that.

“It’s so dangerous,” Biles said of suffering the “twisties” during her vault in that team competition.

“It’s basically life or death. It’s a miracle I landed on my feet. If that was any other person, they would have gone out on a stretcher. As soon as I landed that vault, I went and told my coach: ‘I cannot continue.’ ”

Biles has not yet decided whether she will return to gymnastics.