The Serie A season has drawn to a close after an exciting climax to the season that saw AC Milan beat their rivals Inter to the Scudetto – their first title for 11 years.

It was a fiercely fought title race that could have gone either way as the points average for the top two teams in the division dropped with tension mounting before the Rossoneri claimed their triumph.

Juventus went their second year without the league crown and had to settle for fourth place, with Max Allegri’s men ensuring a place in the Champions League was the minimum in a season of disappointment, seeing off Lazio and Roma in the race for a top four spot.

Down at the bottom, Cagliari, Genoa and Venezia were all sent down to Serie B. It was a tough season all round for the Italian top flight.

Sportsmail’s ALVISE CAGNAZZO has reviewed the Serie A season and crowned his player of the year and performance of the year among other awards – as well as those who didn’t quite meet the heights expected of them. 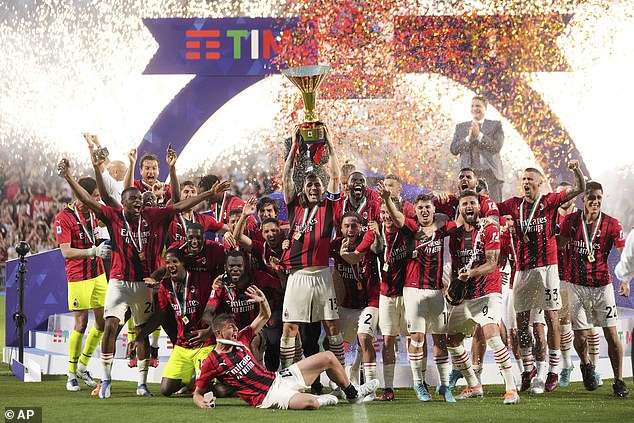 PLAYER OF THE SEASON

The central midfielder has shown more consistent growth than any other top flight player during his two years in Milan and this season has taken his displays to a completely new level.

When Tonali was a child, he wrote letters to Santa Claus asking to win the Scudetto at Milan. Years later, his dreams have come true.

Wearing the number 8 shirt of his idol Gennaro Gattuso, he was Milan’s leading figure this season and his goals against Lazio and Verona clinched the title for Milan to end their wait to win the famous trophy again.

He netted five goals in total, with two assists, and was a crucial presence in central midfield. 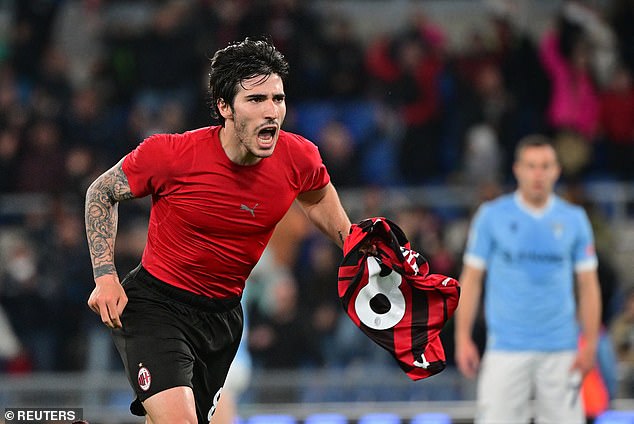 Tonali’s next goal is to win the club captaincy and he can do that very soon.

Italy boss Roberto Mancini is ready to entrust him on the national stage along with Nicolo Barella. After failing to qualify for the World Cup in Qatar this year, Tonali has the ability to revolutionise Italian football.

TEAM OF THE SEASON

The Serie A minnows pulled off a sporting miracle in Italy this season and it was totally unprecedented.

The arrival of CEO Danilo Iervolino and general manager Walter Sabatoni have changed the fortunes of this team forever, and they pulled off survival by the skin of their teeth on the final day – despite losing 4-0 to Udinese at home.

But after Davide Nicola was appointed in February and picked up 18 points from 15 games in charge, Salernitana looked like they could beat the odds and stay up as the coach continued his impressive work from Torino and Crotone. 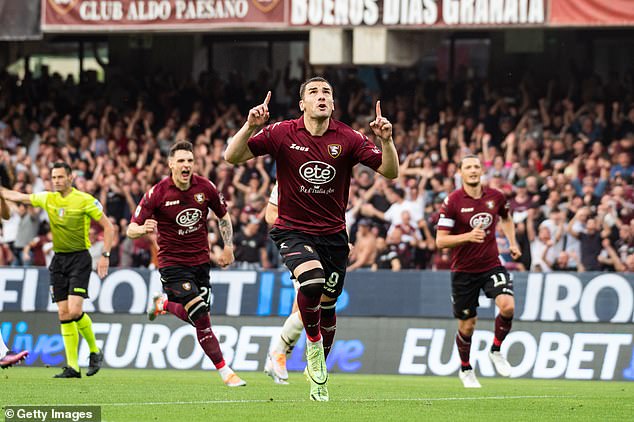 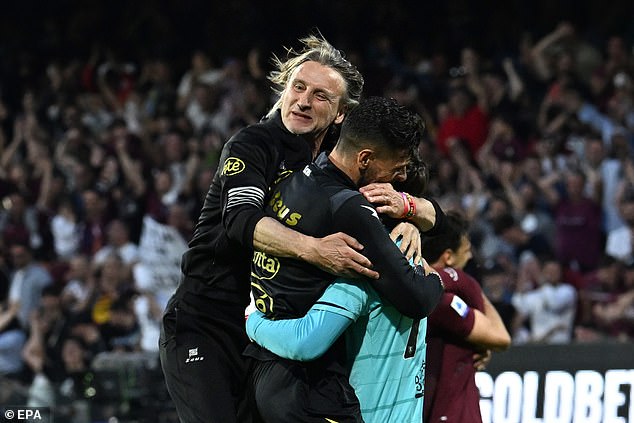 Nicola is a true magician after achieving this historic sporting result that will be etched forever into history of Italian football.

After saving Crotone in the 2016-17, he followed that up by keeping Genoa in the division in 2019-20. Then at Torino last season he arrived in January and salvaged a campaign that began disastrously

Salernitana only had a seven per cent chance of staying in Serie A this season, according to figures, but the team reacted brilliantly and showed great pride in their displays. Their signings of Federico Fazio, Simone Verdi and Diego Perotti proved to be shrewd and have put the club on the path for better things.

It proved to be a disastrous year for Kean. The former Everton striker has failed to win the trust of his Juventus coach Allegri and now his future hangs in the balance.

Kean is on a salary worth €3million (£2.5m) euros and fellow forward Alvaro Morata is on nearly double his salary, which sums up his place in the pecking order and his valuation to the Turin club.

He is still only on loan from Everton and it will cost the club around €27m (£23m), which is far too much for a player more famous for dancing than goals. 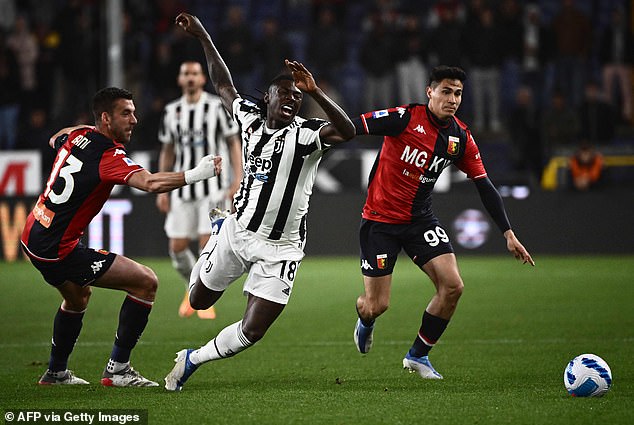 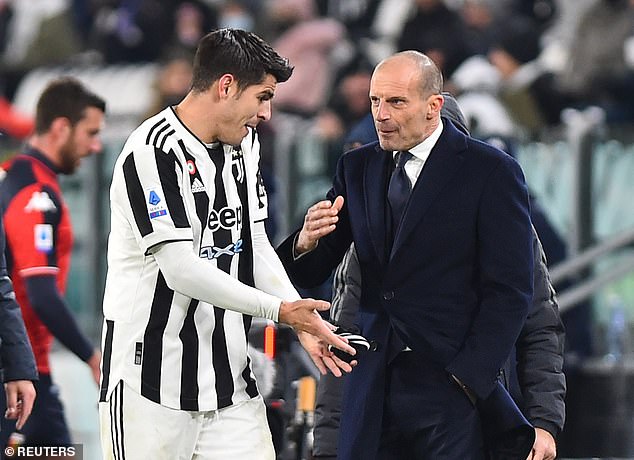 Kean is the player who has struggled most to be integrated into the squad. He’s been unable to show off his best quality in either of Allegri’s favourite formations – 4-3-3 or 4-4-2.

When he left the club for Everton, Kean was a superb finisher but he quickly went downhill at Goodison Park.

Physically he bulked up but he lost the technical qualities that earned him so many plaudits earlier in his career that turned him in to a true centre-forward.

At PSG, he was among the goals but was played out of position as a winger in a 4-3-3 – proving he has left his true essence as an out-and-out striker. This season he has started just 12 times for Juve, scoring five times.

GOAL OF THE SEASON

Time was ticking away in AC Milan’s clash with Lazio in April, which was grinding towards a 1-1 draw at the Stadio Olimpico.

The referee was getting closer to blowing his whistle in the 92nd minute of the game when Sandro Tonali pops up with one of the most important goals in Serie A’s recent history – the one that swung the title race in their favour. 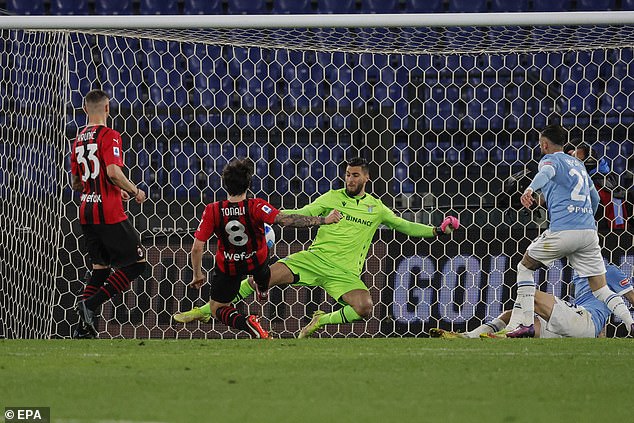 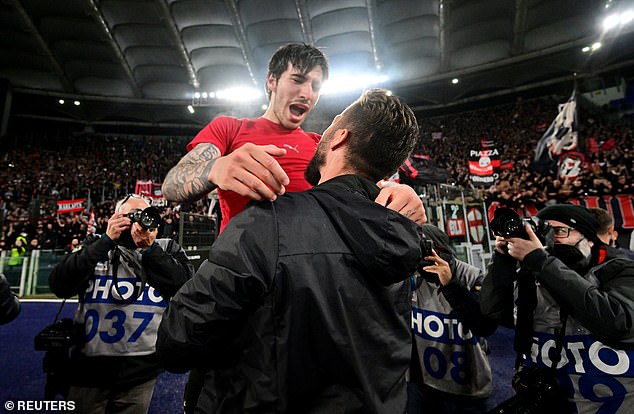 A cross was whipped into the box but Lazio failed to clear their lines – heading it away as far as Zlatan Ibrahimovic – who nodded it back into the box where Tonali was able to cushion the ball down on his knee before prodding home to send Milan into total delirium.

The goal wasn’t a showstopper, but it was crucial. It forced Inter to chase them for the rest of the season and put them in cruise control for their 19th top flight crown.

Tonali realised at that moment he had become an indispensable member of Milan’s team and the most treasured player in 11 years after a miserable period without a top flight title.

Tonali’s market value has doubled in the last year to around €80m (£70m) but perhaps that is too little for the charismatic future leader of the Italian midfield.

The thousands of Salernitana fans who travelled for their side’s woeful 4-0 loss would have felt despair for the full 90 minutes.

And with Nicola’s side getting hammered, all attention turned to Cagliari’s crucial showdown with already-relegated Venezia – who resisted the onslaught of the home side despite their fate in Serie B being confirmed.

They managed to hold firm and drag Cagliari down with them by holding them to a 0-0 draw – with Salernitana fans seeing their despair turn to joy as the team were sent into raptures even though they had been thumped. 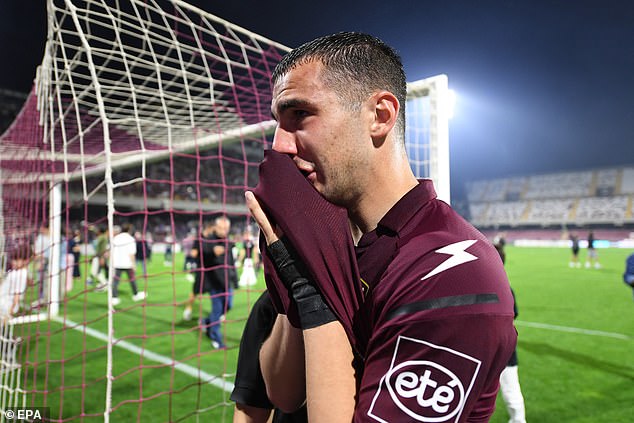 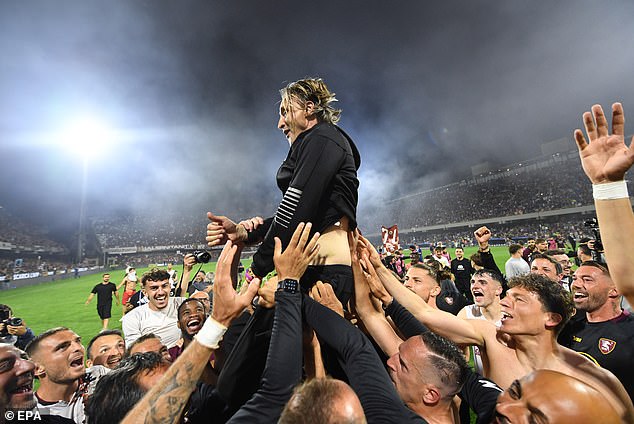 It was a worthy ending to a season that was written like an Oscar-winning film.

Their forward Milan Djuric even admitted it was something out of a movie script.

‘Losing 4-0 at home and saving yourself? It’s like a movie,’ he said. ‘Today the game was psychologically very difficult, in the end it went well and we are happy.

‘Unfortunately we started badly until Nicola arrived, then a spark went off, together with his staff and the guys who arrived in January who gave us a big hand.’

TEAMS TO WATCH NEXT SEASON

Next season will be crucial – especially for the top clubs who have underwhelmed in the season gone by.

Juventus, Roma and Lazio will have to drastically improve their Serie A standing after struggling to make the top four – with the Turin side just clinching it ahead of Lazio.

All three teams will have to head into a big summer transfer window with big ambitions to overhaul their squads and improve their fortunes.

Juventus especially face big changes after losing Giorgio Chiellini, Paulo Dybala and Federico Bernardeschi as they battle to step up and challenge for the title next term. 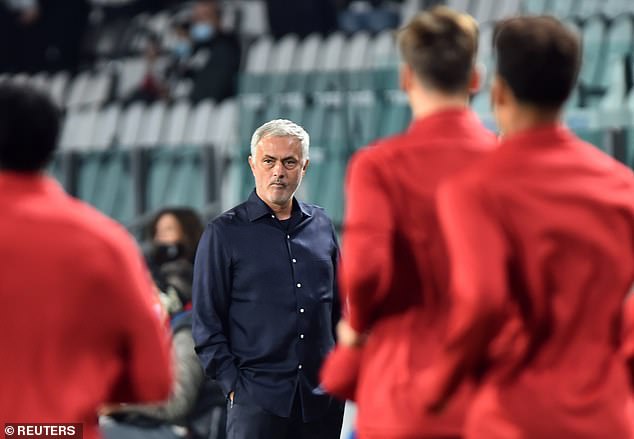 Roma, meanwhile, have a challenge on their hands to keep Tammy Abraham – who will have teams after him following his excellent goalscoring campaign that saw him net 27 goals in all competitions. They also need to bolster their midfield, while Lazio will need to keep Maurizio Sarri happy.

Sarri is a hard man to please and will be looking for more recruits to suit his preferred 4-3-3 system.

OWN GOAL OF THE SEASON

Henry made history in Serie A this season – but for all the wrong reasons.

Not only was he relegated to the second tier with his Venice outfit, but the Frenchman has become the only forward to score two own goals in this miserable campaign for him.

He scored nine times for the team this season but his goals were not enough and – while he has been fighting hard with Venezia – he has shown he does not have the technical and character qualities for the pressures of the top flight.

His troubled season was demonstrated after his furious row with his manager Paulo Zanetti before he was sacked a few games from the end of the season. 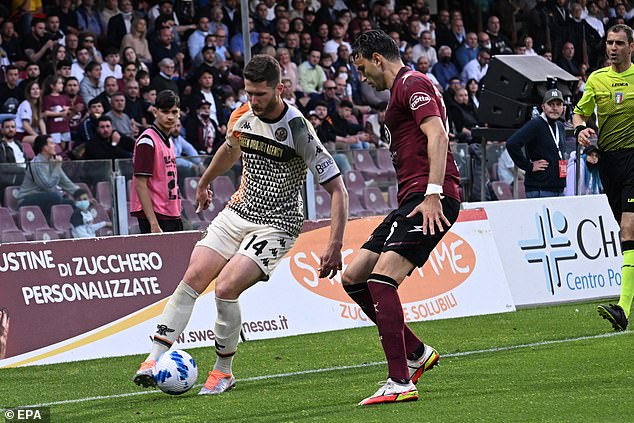