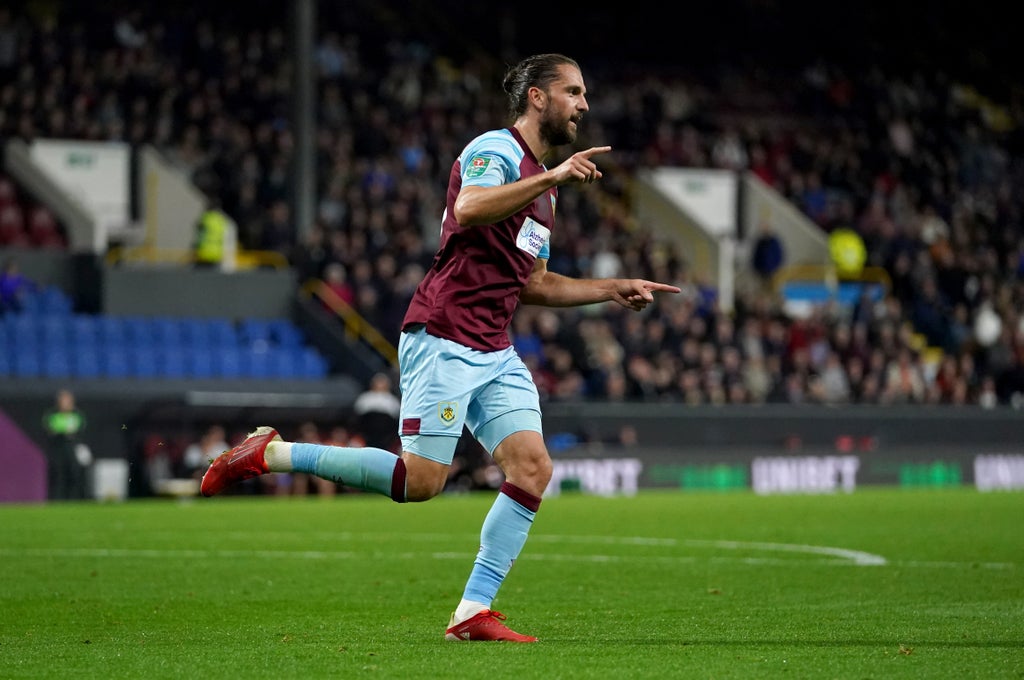 Rodriguez scored all the Clarets’ goals in a 12-minute second-half blitz after Dale striker Jake Beesley had given the visitors a shock lead in the third-round tie.

Dyche said: “Jay has looked sharp, particularly second half. First half, his movement was good and he didn’t quite find a chance, second half he spent more time in the middle of the pitch and the box and was effective, so I’m pleased for him.”

Rodriguez headed home Maxwel Cornet’s corner three minutes after Beesley had given Dale a second-half lead, then slammed home a right-footed shot before heading home Ashley Westwood’s cross at the near post.

The former Southampton and West Brom forward notched his fourth from a lucky rebound after Aaron Lennon’s cross had ricocheted off unlucky Dale defender Eoghan O’Connell.

“He has come back from pre-season really fit and has obviously looked after himself,” Dyche said. “I have said all along I believe in all the strikers.”

It was Burnley’s first home win in any competition in 15 matches, stretching back to January, and a first encounter between the two sides in 28 years.

Dyche said: “Without over-egging it I thought it was job done from the beginning.

“We started really bright and we created loads of chances, which is pleasing but not so pleasing we didn’t take them.

“In the second half I thought we were strong again and did take the chances, so it was a thorough performance I thought.”

Summer signing Cornet could have scored a first-half hat-trick himself, but was twice denied by Dale goalkeeper Jay Lynch and dragged another effort wide.

“Some of his runs and movement was very good and he got himself five or six chances, which is pleasing from a wide area,” Dyche added.

“He stretches the pitch as well, which we still want our wide players to do and he does that naturally.”

He said: “To come to a Premier League club with such a young team and express ourselves the way we did, I was really pleased.

“Obviously we took the lead and I wish we could have held on to that longer, but ultimately their Premier League class came to the surface in the end.

“They ground us down and scored the goals when we were getting a little fatigued at the end.”

“We got them worried, didn’t we? That’s clear,” Stockdale added. “The end of the first half they were on the back foot, but unfortunately second half it became a bit more difficult for us.”