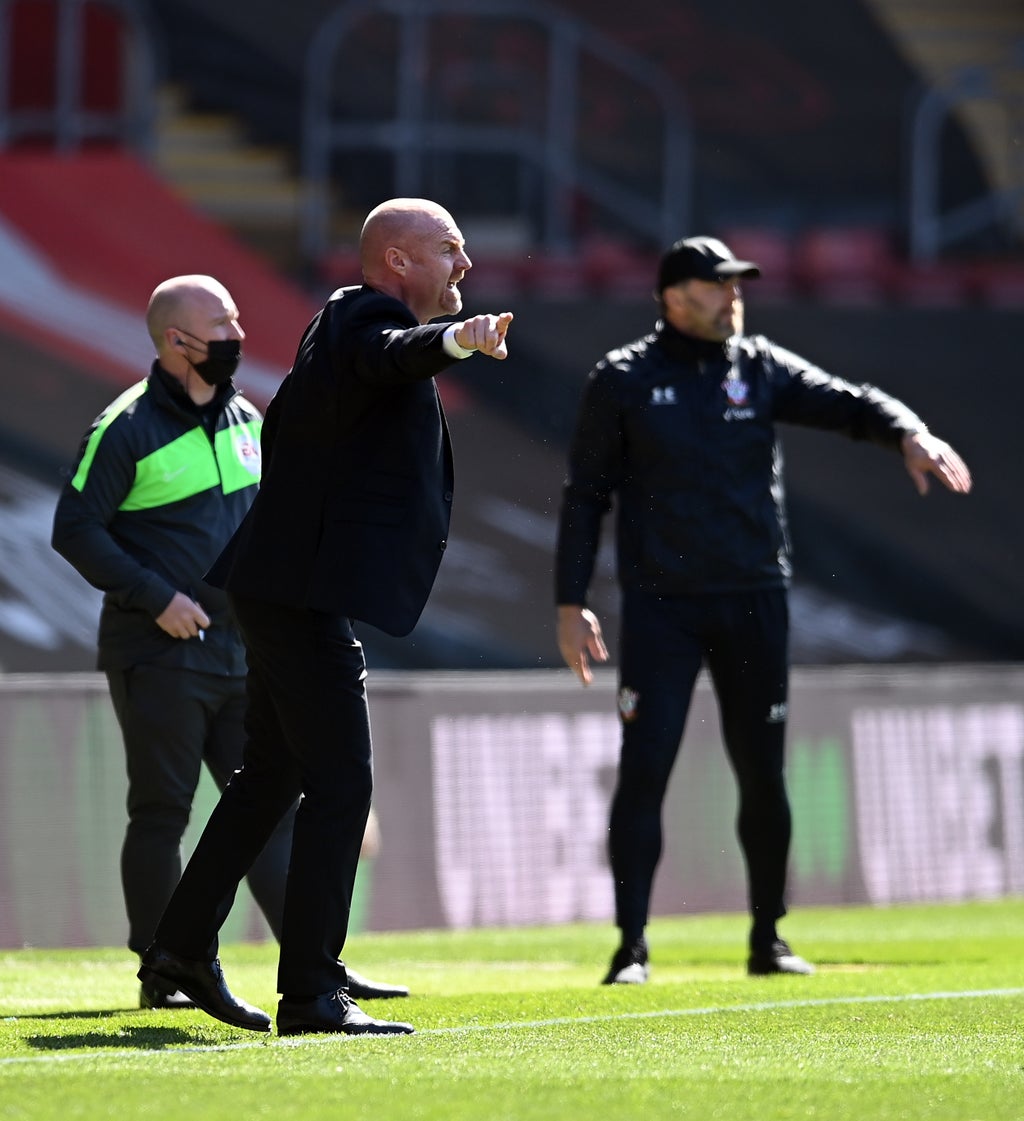 Ralph Hasenhuttl believes Sean Dyche’s work at Burnley often goes underappreciated and said it takes a “special” sort of manager to consistently battle against the odds in the Premier League.

The Southampton boss admitted this week he had been forced to change his opinion of Burnley since coming to the Premier League, learning quickly they were more than mere long-ball merchants, instead a well-drilled side capable of hurting opponents.

The Austrian has not been alone in buying into the image of unfashionable Burnley as something of a throwback in the Premier League but he said their longevity in the top flight proved they had much more going for them.

“What I have learnt in my managerial career is you should never think ‘it’s simple, the way they play’ or ‘it’s easy’,” Hasenhuttl said.

“When you are working in the best league in the world and do it for such a long time, you have to have something very good.

“The more detailed you look into their game, the more you see the automatism and the clear skills. This is always a sign of a manager who knows what he has to do.”

The two sides will meet at St Mary’s on Saturday in an important fixture at the bottom of the table – Burnley remain winless after eight games while the Saints only picked up three points for the first time last weekend with a 1-0 win over Leeds.

Southampton beat Burnley home and away last season but Hasenhuttl was beaten twice and took a draw from his first three meetings with the Clarets, forcing him to reassess his initial views of the team.

Dyche, who has twice guided Burnley to promotion and is now in a sixth consecutive season in the top flight, remains a firm favourite among Burnley fans and last month signed a new deal to stay at Turf Moor until 2025.

“I must say that anybody who is that long in a job and keeps a team that long in the Premier League with the limits they have as a club does a fantastic job,” Hasenhuttl said of his rival.

“We are a little bit flying under the radar with our clubs. But every one of these guys does a fantastic job.

“This is the toughest thing of all, to stay in the league against these top teams, to take points against the big teams, knowing that there will be a lot of defeats also.

“That means (when a defeat happens), there are less arguments for the team, you step in front of them and tell them we know what we have to do and to keep on going.

“It’s quite a tough job. When you do it that long in this area of the table and keep them up there, you have to have something special. It seems that he has this.”