By Graham Croser For The Mail On Sunday

Luton’s uncapped midfielder Allan Campbell has been called up for Scotland ahead of Wednesday’s World Cup play-off.

Campbell, whose first season in the Championship following a move from Motherwell ended in play-off heartache, replaces Rangers’ Ryan Jack, who has dropped out.

Victory against Ukraine would set up a showdown against Wales in Cardiff next Sunday, the winner claiming a place at Qatar 2022. 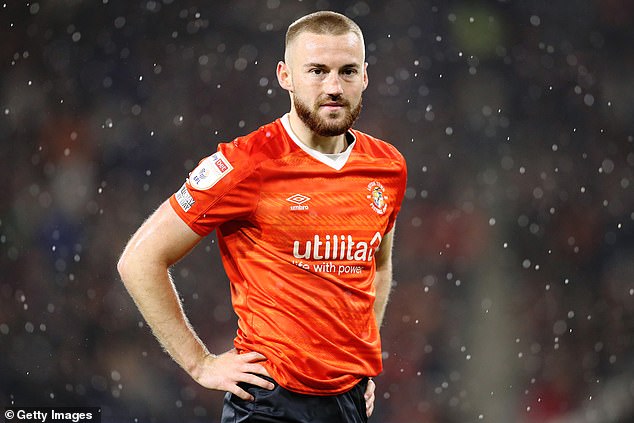 And Clarke has left no stone unturned in his quest to qualify, roping in set-piece coaching specialist Austin MacPhee in a bid to fine-tune his side’s penalty- taking and set-piece skills.

To get to last summer’s Euros, Scotland had play-off games against Israel and Serbia, both settled by shootouts so MacPhee, poached from the Northern Ireland set-up, has been charged with ensuring Clarke’s men are coolness itself should they have to step up.

MacPhee, a set-piece coach at Aston Villa, is bringing plenty of creativity to Scotland’s set-piece drills. Clarke said: ‘Set plays can be the difference between two good teams. 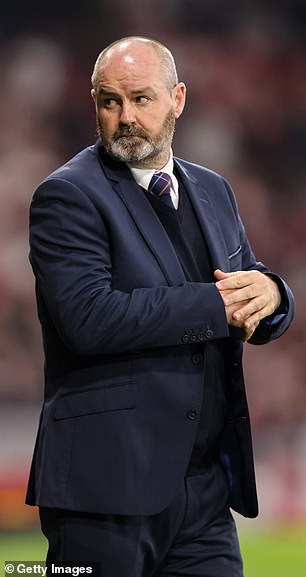 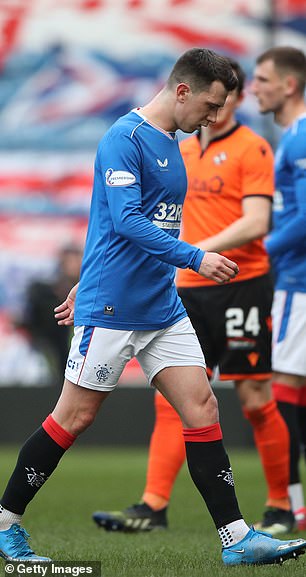 Steve Clarke’s side host Ukraine at on Wednesday June 1, with Ryan Jack pulling out injured

You don’t want to lose on a set play and it’s always nice when you win one. You think back to the Israel game [in October], a last-minute set play won us the game 3-2.

‘It’s why I addressed it after the Euros. We weren’t really bad at defending set plays and we weren’t fantastically good at scoring off them either.

‘I felt if I could get someone in, you might get two or three extra points by defending them well and nicking a goal.’