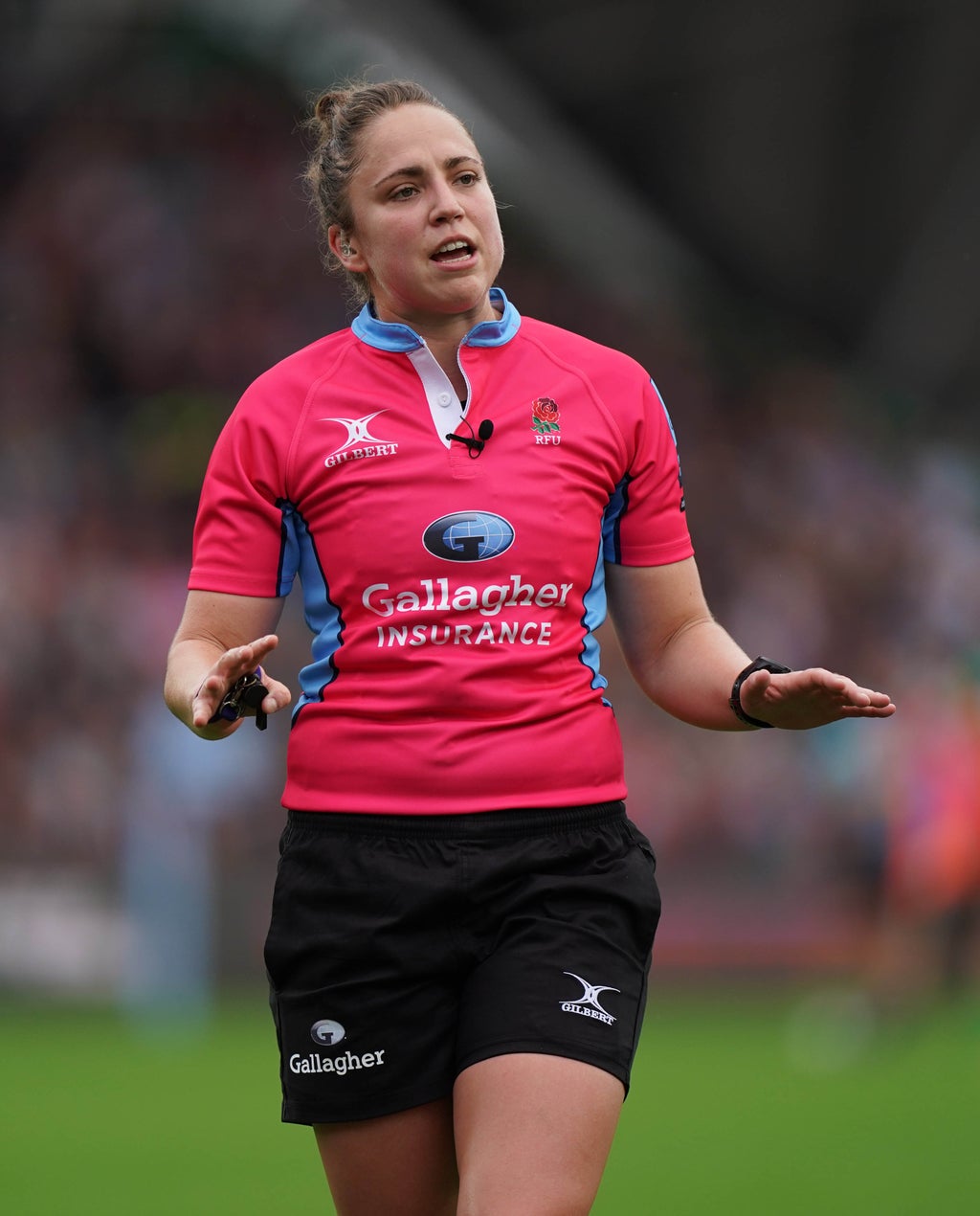 Gallagher Premiership history-maker Sara Cox hopes that aspiring male and female referees will embrace a “no barrier to entry” approach in rugby union.

Cox, 31, became the first woman to referee a Premiership game when she took charge of Harlequins’ clash against Worcester on Saturday.

She was the first first female referee to be centrally contracted by the Rugby Football Union in 2016, and last year became the first female assistant referee in English rugby’s top flight.

Cox has refereed 23 women’s Test matches, run the line in 11 Premiership fixtures and has twice been a television match official.

She is now firmly in the sport’s spotlight, and understands the importance of more people being attracted to taking up refereeing.

“How do we get more people involved in refereeing, full stop?” Cox said.

“Having been involved as the president of my Referees’ Society a couple of years ago, there is a little bit of a shortage of people wanting to be involved. How do we get them involved?

“And out of that, I think naturally we will get more females involved as well.

“It’s about that exposure. If you can’t see what I am doing at the top level and know it is a possibility, then how can you expect anybody else to be involved and understand that?

“It’s about that awareness, that engagement with people and showing people that it is a bit different, but also it can bring you lots and lots of positive things.

“The journey I’ve been on, and quite frankly, the stubbornness that goes with it, is something I hope other people can engage with and say there is no barrier to anything, no barrier to entry, so let’s just have a go at it and see where we get with it.

“I am hoping there is an engagement from everyone, no matter what gender they are, because I would like to shine a light a little bit more on the hard work we do in the background as referees to get to this position in the first place.

“It is not something where we just go out on a Saturday and that’s the end of it.

“The learning that comes off the back of it and being surrounded by some of the best referees in the world is something you couldn’t really ask for much more from.”

Devonian Cox won widespread acclaim for her performance at The Stoop as Quins and Worcester produced an entertaining contest of nine tries and 64 points.

“It was more than I could have hoped for, to be honest with you,” she added.

“It was amazing and really great from everyone who was involved, and the engagement I got on the back of it as well.”

One of rugby’s traits is for players to address the referee as ‘sir,’ and Cox said: “For me, ‘sir’ is not about gender, it’s about opening a line of communication that is respectful. That’s what I find is really important.

“On the weekend, the players had decided between themselves they were going to call me ‘ref’, which negated everything. More often than not it was just ‘ref’, then one of them said ‘sir’ and he corrected himself.

“As long as it’s respectful, let’s get the point across so we can answer it.”