‘I will answer after the Champions League – stay or not’: Sadio Mane sets off Liverpool alarm bells as he vows to announce his future after Saturday’s final against Real Madrid – but Mohamed Salah ISN’T leaving, for now

Sadio Mane has raised question marks at Liverpool by claiming he will reveal his future plans after the Champions League final this weekend.

The Reds face Real Madrid in the European showpiece in Paris on Saturday night in a repeat of the 2018 final.

And Mane, who has been linked with a move away, set off alarm bells at Anfield as he vowed to announce his future following the game.

Team-mate Mohamed Salah, however, stated he will definitely be there next year – in contrast to the Senegalese forward, who is only looking ahead as far as Saturday’s final.

And the 30-year-old insisted it would not be a revenge mission for him personally, after Salah’s claims he wanted to put right the agony of the 2018 match, which saw the Egyptian go off injured after a poor tackle from Real’s Sergio Ramos. 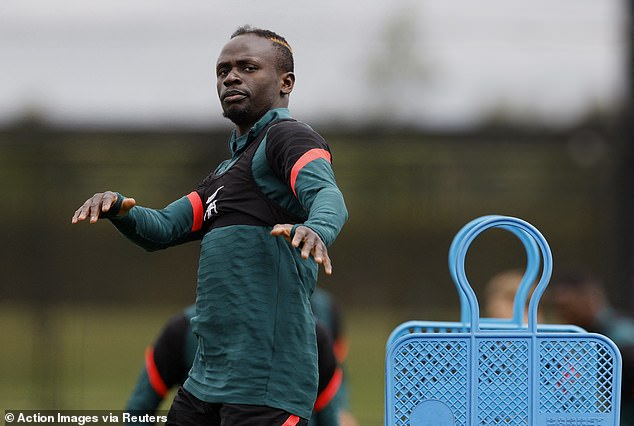 🗣 “I’m going to answer after the Champions League.”

Sadio Mané responds to being asked about his future at Liverpool. 👀 pic.twitter.com/YWx3WA4pfq

He added: ‘For me, it’s not revenge, for sure it’s not revenge. Four years in between, a lot of things have changed – the way we deal with games, experience, we have more quality in the team, so it’s an exciting game.

‘We all forgot about what happened in 2018. For sure Real Madrid were the better team and fully deserved to win the final, and congratulations, but it’s going to be a different game.

‘There’s no pressure, nothing, at all. Just to enjoy. It’s a dream moment for us so let’s enjoy it without making pressure for ourselves because it doesn’t help… everybody is fully confident, which is amazing.’