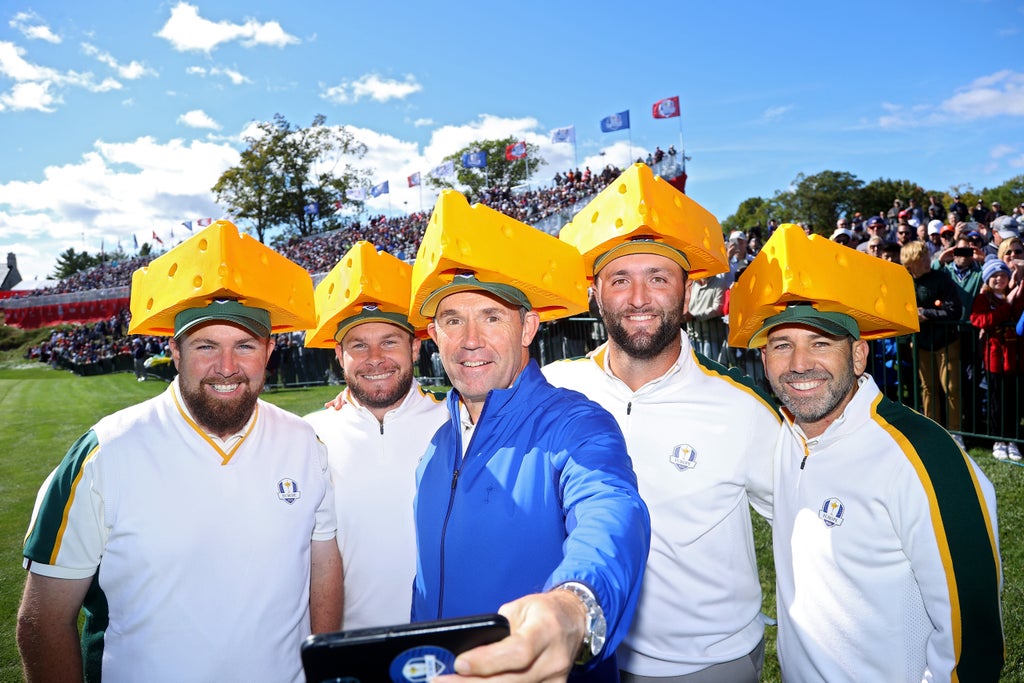 The stage is set at Whistling Straits 2021 for the 43rd Ryder Cup with the USA aiming to gain revenge against Europe after a heavy defeat at Le Golf National in Paris three years ago.

Steve Stricker will hope to pick off Padraig Harrington’s men in Wisconsin, though the weather could play a decisive role, which could limit the Americans’ advantage from their brawn and heavy-hitting off the tee.

The team spirit Europe possess has been the secret ingredient for upsets over the years though and the tourists are already looking to charm the locals into some extra support behind the ropes after wearing ‘cheeseheads’ in tribute to the local Green Bay Packers.

Here’s everything you need to know about the tee times, matches and pairings as the 2021 Ryder Cup begins:

When is the opening ceremony and when will the pairings be announced?

We will see captains Steve Stricker and Padraig Harrington make their picks for Friday’s fourballs and foursomes at around 10:45pm BST at the opening ceremony.

The ceremony kicks off at 10pm with live music, anthems and team introductions.

The 12 singles matches, and the order each team is sent out, will be confirmed early on Sunday morning.

Who will be picked for USA and Europe pairings?

Once official, the pairings for Friday’s matches will be listed below.

One of which is expected to be Jordan Spieth and Justin Thomas, with the pair good friends and winning three of the four sessions they played together three years ago at Le Golf National.

Xander Schauffele and Tour Championship winner Patrick Cantlay look to be another lock to pair up, having teamed up at the Presidents Cup in 2019.

Brooks Koepka and Tony Finau, seemingly one of the glue guys to Team USA and happy to play with anybody, could reunite, having paired up three years ago, where they won their opening Four-Ball match 1 up over Justin Rose and Jon Rahm.

But Finau could match up with Daniel Berger given Stricker has sent them out to practice together, while Koepka could swap his partner for rookie Scottie Scheffler, with a practice round scheduled.

Europe could turn to a trusted pairing in Lee Westwood and Sergio Garcia, whose history dates way back to The Belfry in 2002, with three wins from four matches together.

While Tommy Fleetwood will be looking for a new partner in crime, with Francesco Molinari not in this year’s team, having combined spectacularly together three years ago. Team Europe’s live chances of winning the Ryder Cup, according to Betfair, can be seen throughout the week below: