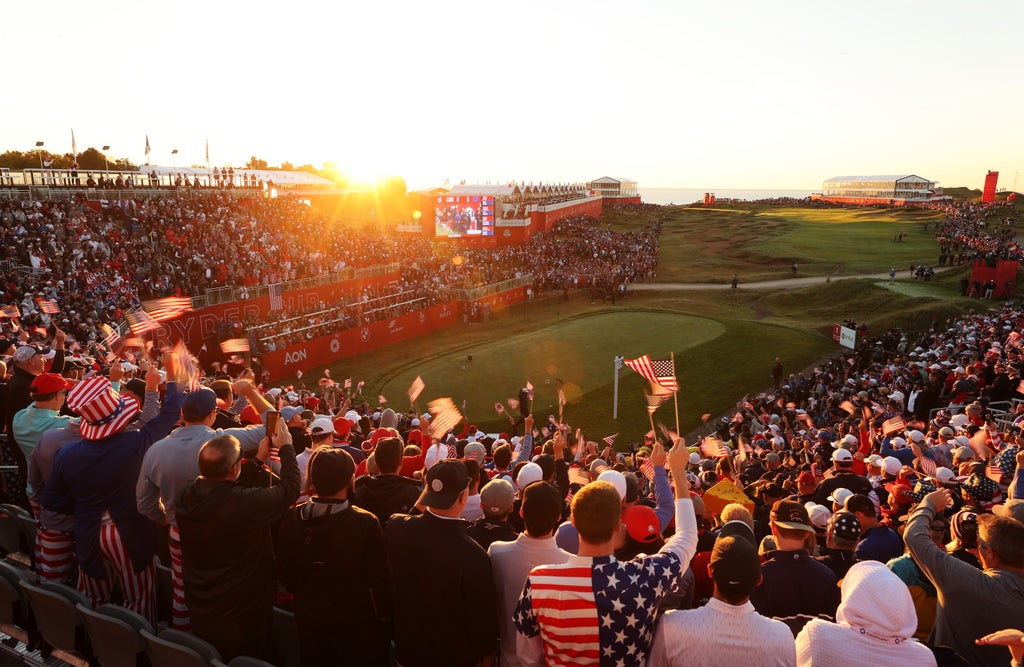 Europe were booed on the first tee at Whistling Straits as the Ryder Cup 2021 started.

Sergio Garcia and Jon Rahm walked out onto the first tee for the opening match of this morning’s foursomes on day one.

The frosty moment was greeted by a smile and a laugh from the Spaniards.

With the first hole halved after Garcia’s tee shot missed the fairway, only for Rahm to splash out to the fringe of the green.

Garcia almost chipped in as Spieth missed the birdie putt to go one up.

European captain Padraig Harrington has talked up his team’s strength in depth, with some tricky decision to make on day one.

“That says a lot about our team that he [Fleetwood] is comfortable after going 4-0 and can look around his team and be confident that there’s other people that are taking up that strain,” Harrington said.

“I want every player on my team absolutely dying to play every match. But I want them to also understand that there’s other people in the team, they have to step aside, and they have done that brilliantly.”