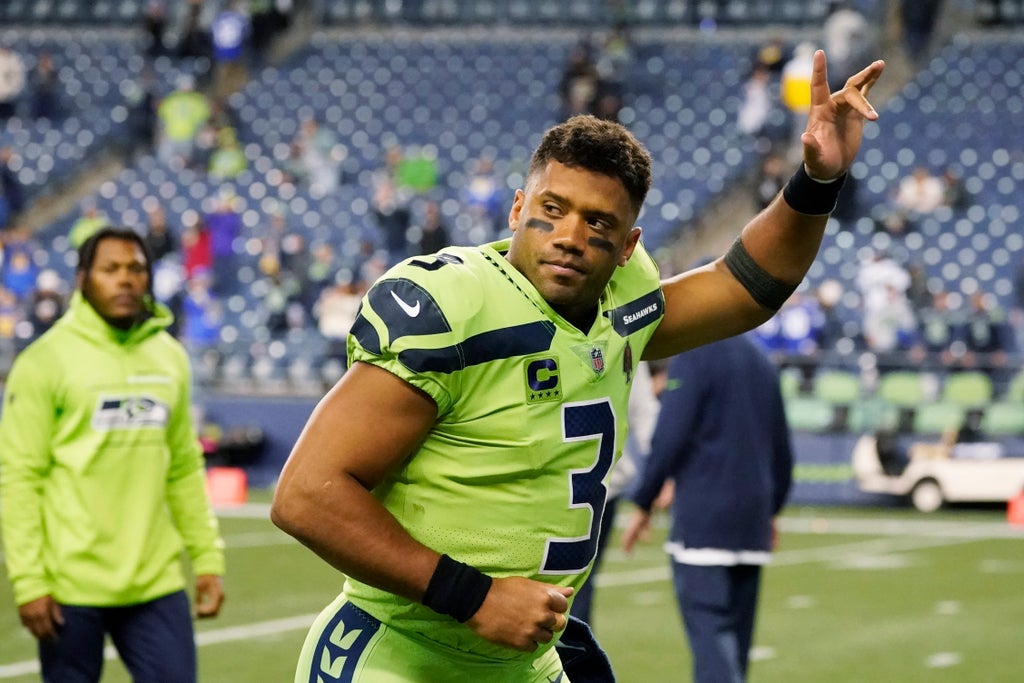 Russell Wilson was forced to leave the field after suffering an injury to his throwing hand as his Seattle Seahawks lost 26-17 to the visiting Los Angeles Rams in their divisional battle on Thursday.

The quarterback was hurt by contact on the middle digit of his right hand in the third quarter, with Seattle coach Pete Carroll describing it afterwards as a “badly sprained finger”.

Wilson had opened the scoring in the second quarter by throwing a 19-yard touchdown pass to wide receiver DK Metcalf with the Seahawks defence holding the Rams to just three points from Matt Gay’s 31-yard field goal before half-time.

Los Angeles came out firing in the second half as quarterback Matthew Stafford, who also appeared to have an injured finger on his throwing hand but threw for 365 yards, connected with DeSean Jackson on a 68-yarder that led to a five-yard touchdown run by Darrell Henderson.

The visitors moved ahead 16-7 later in the third quarter after Stafford hit Tyler Higbee for a score, with Seattle responding in the fourth via a 23-yard pass from Wilson’s replacement Geno Smith to Metcalf for a touchdown.

The Rams added another touchdown and a field goal either side of a Seahawks field goal.

The defeat meant the Seahawks fell to a losing record of 2-3 for the season and to the bottom of the NFC West, while the Rams are 2-0 on the road and pulled ahead to sit second in the division at 4-1.