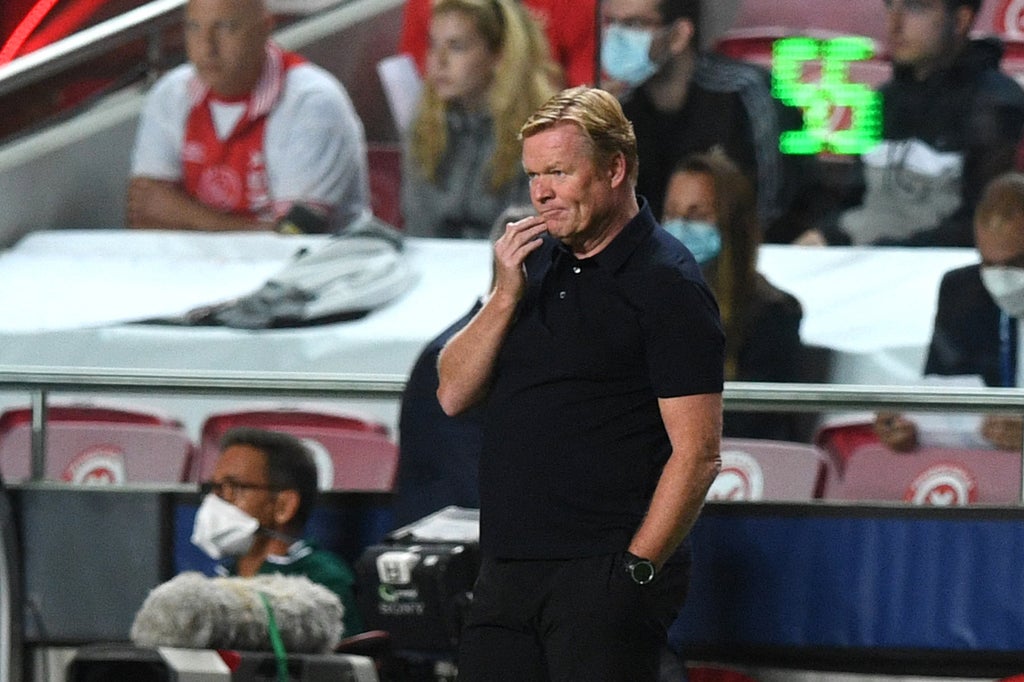 Barcelona manager Ronald Koeman says the rumours he is going to be sacked are likely “true” amid a crisis at the Catalan club.

Barca have had their worst ever start to the Champions League following defeats by Bayern Munich and Benfica, and they sit in sixth in the La Liga after three wins and three draws.

Koeman faced similar rumours of being fired last season but remained in charge of the side, but this time he doesn’t seem so confident he will stay in the post.

He said on Friday: “The club have said nothing to me. I’ve learned that the president was [at the training ground] this morning, but I have not seen him.

“We’re preparing for Saturday’s game. I can’t say anything, but I have eyes and ears and I know a lot of things have been leaked, which I imagine are true – but no one has said anything to me.”

Koeman was further pushed on his position and the performances of Barca at his press conference ahead of the club’s match against Atletico Madrid on Saturday night.

“I’m tired of defending myself,” the former Barca player said. “It doesn’t make any sense. People who know can analyse it. We have assumed changes in the club.

“This is for you [the media]. There will be people who think it is disrespectful, but that is not for today. One day I would like to talk about everything I think. That is true.”