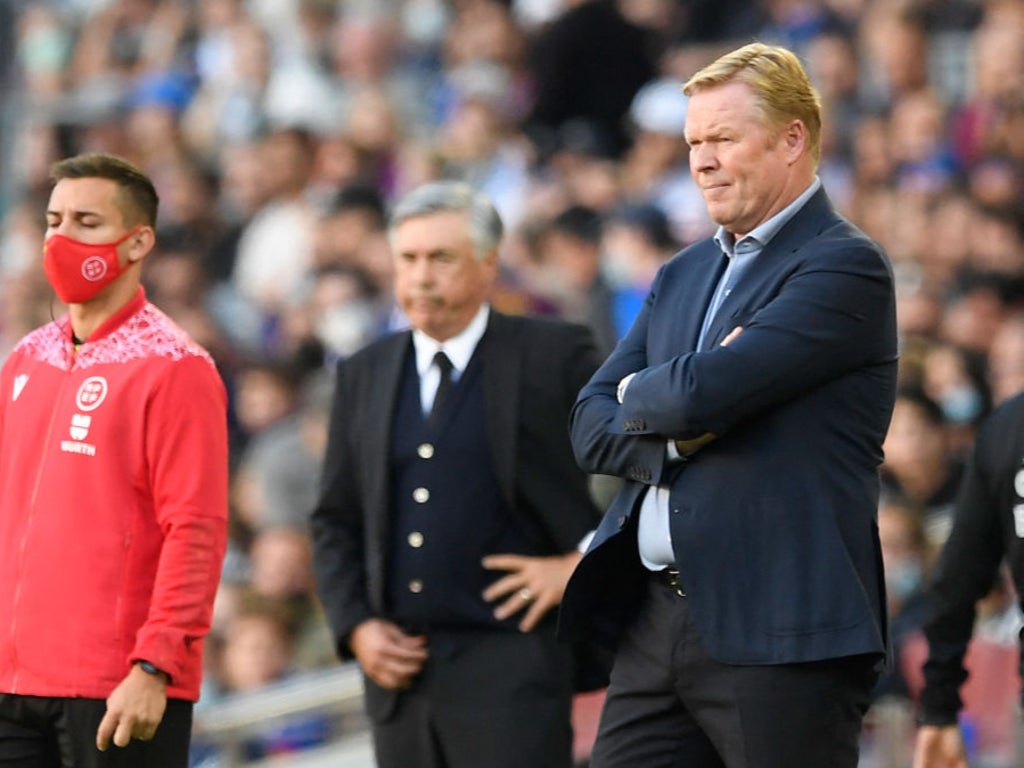 Barcelona manager Ronald Koeman has hit back at critics by insisting they don’t have any “morals or values” in the wake of his side’s defeat by Real Madrid.

The Catalan club were beaten 2-1 by their Spanish rivals at the Nou Camp on Sunday evening, a result that saw them drop to ninth in the La Liga table.

Koeman received a great deal of negative press following the loss to Madrid, but the Dutchman responded in punchy fashion.

Speaking after the game, he said: “It looks like it was only me, but [the abuse] happened to other players and their families as well.

“I don’t think there’s a solution, it’s a society problem. A problem of people of not knowing what morals or values are.”

Barcelona have won just four of their opening nine games of the league season and are six points off the top of the table as a result.

Koeman’s men have also suffered a horrific start to their Champions League campaign as the financial crisis engulfing the club continues to heavily impact the team.

Dreadful performances against both Bayern Munich and Benfica have seen them pick up just three points from their opening three European games.

Barcelona have not been knocked out of the Champions League in the group stage since the 2000/01 season.