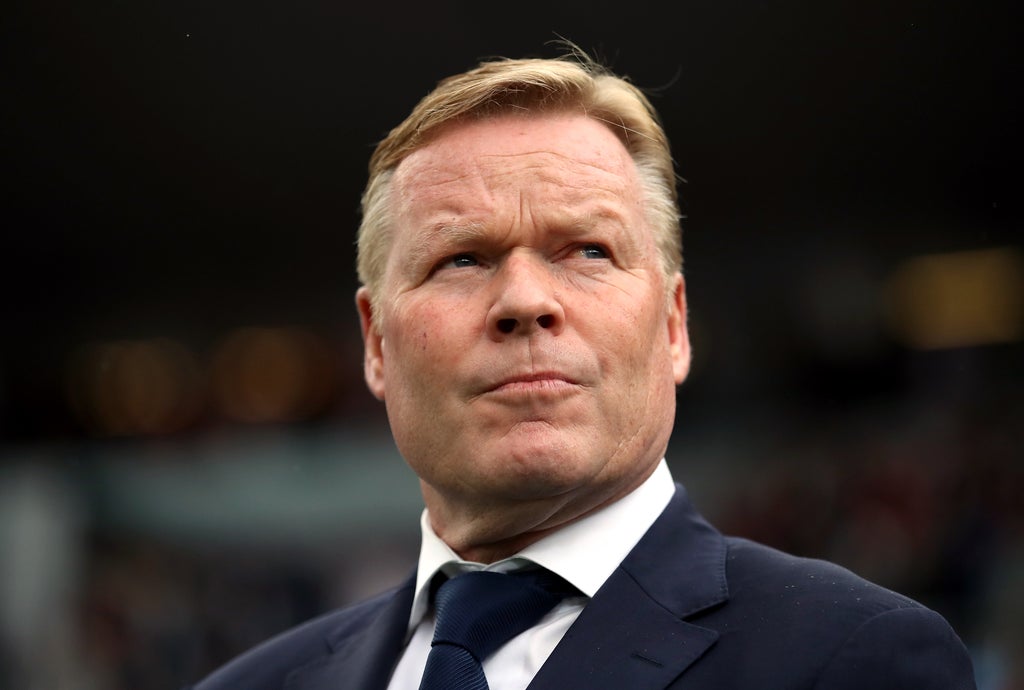 The Dutchman’s job has been the subject of much speculation following Barca’s slow start to the season, including a 3-0 home defeat to Bayern Munich in the Champions League which saw his side fail to register a shot on target.

Koeman was missing from the dugout following his dismissal in Thursday’s goalless draw at Cadiz but Memphis Depay (penalty) and Luuk de Jong struck inside the first 14 minutes to put Barca in control.

Substitute Ansu Fati, handed the number 10 shirt following Lionel Messi’s move to Paris St Germain, capped a fine afternoon by marking his return from a long-term knee injury with a third in the 90th minute.

It ensured Barca snapped a three-game winless run in all competitions to move five points behind leaders Real Madrid.

Oyarzabal struck nine minutes from time as Sociedad moved into second place behind Madrid after extending their unbeaten league run to six games.

Varazdat Haroyan cancelled out Alvaro Garcia’s early opener before Rayo’s former Manchester United striker Radamel Falcao netted in his third game on the trot for the club prior to half-time.

Isi Palazon made sure of the points with three minutes left while Javier Martinez netted a late winner as Osasuna won 3-2 at Mallorca.

Napoli maintained their 100 per cent record in Serie A to return to the top of the table after beating Cagliari 2-0 at the Stadio Diego Armando Maradona.

Victor Osimhen made it six goals in four games to put Napoli ahead in the 11th minute and Lorenzo Insigne added a second from the penalty spot 12 minutes after the break.

Jose Mourinho’s first taste of the Rome derby ended in defeat as his Roma side lost 3-2 to Lazio at the Stadio Olimpico.

Sergej Milinkovic-Savic and Pedro put Lazio two-up inside 20 minutes before Roger Ibanez halved the deficit prior to half-time.

Felipe Anderson restored Lazio’s two-goal cushion and despite Jordan Veretout netting from the penalty spot, Roma could not find an equaliser.

Juventus claimed a second successive win as they beat Sampdoria 3-2 in Turin, with Paulo Dybala netting the opener before leaving the pitch in tears with an injury in the 21st minute.

Salernitana remain bottom and without a win after Italy international Domenico Berardi scored the only goal to help Sassuolo halt a three-game losing run.

Dusan Vlahovic converted a first-half penalty as Fiorentina made it four wins from five games by beating Udinese 1-0 while Empoli beat Bologna 4-2 at home.

Bochum bounced back from their 7-0 thrashing at Bayern Munich last week by earning a goalless draw at home to Stuttgart in the Bundesliga.

They remain second from bottom after ending a three-game losing run while Stuttgart, for whom Konstantinos Mavropanos had a goal ruled out for handball by VAR, are winless in five.

Freiburg continued their unbeaten start to the season with a 3-0 home win over Augsburg, Lukas Kubler, Lucas Holer and Vincenzo Grifo (penalty) all on target in the first half.

In Ligue 1, Lens climbed above Marseille into second place after beating them 3-2 at the Stade Velodrome.

Dimitri Payet’s double had hauled Marseille back on level terms by half-time before substitute Wesley Said inflicted the first league loss on Jorge Sampaoli’s side in the 71st minute.

Mexer netted an 88th-minute equaliser as Bordeaux drew 1-1 at home to Rennes while Fabien Centonze struck the decisive goal as Metz claimed their first victory of the season by beating Brest, who remain winless, 2-1 away from home.

Hugo Ekitike scored twice within eight minutes of coming off the bench as Reims overcame Nantes 3-1 at home, 10-man Troyes drew 1-1 with Angers and Monaco came from behind to run out 3-1 winners at Clermont.