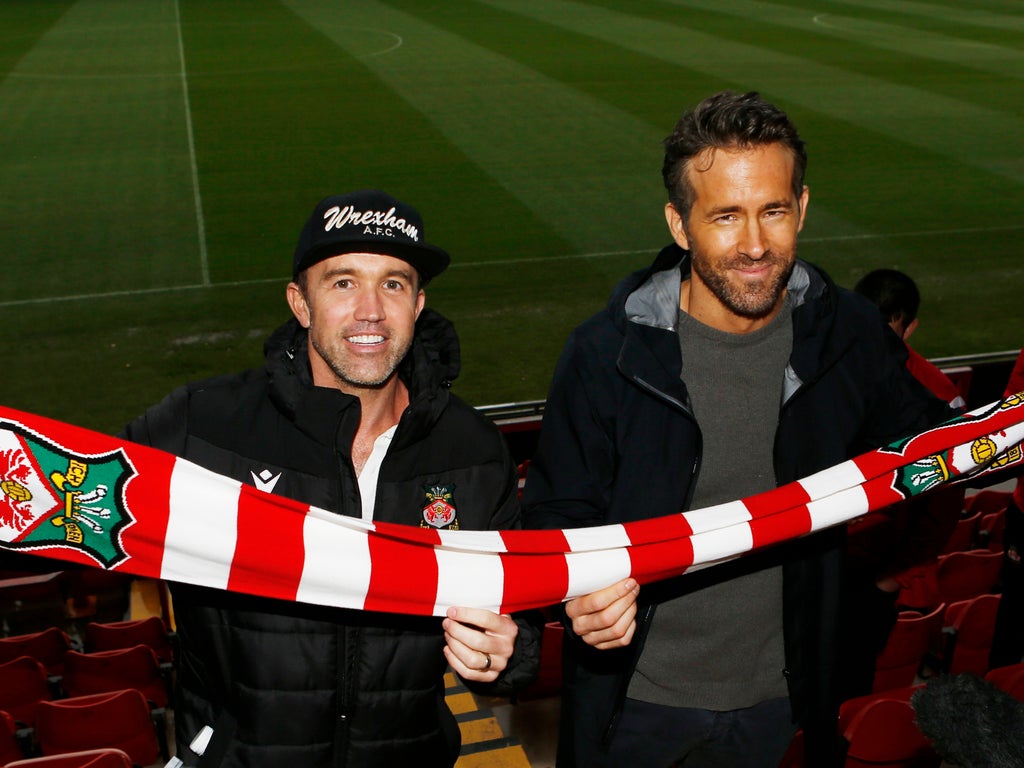 Rob McElhenney and Ryan Reynolds insist they are ready to “dream big” and aim to guide Wrexham from the National League to the Premier League.

The Hollywood co-owners attended their first game since taking over the Welsh club this week with the Red Dragons going down 3-2 against Maidenhead, leaving them 11th in the table and six points outside the play-offs.

The pair took over from the Wrexham Supporters’ Trust and made a £2million investment under the terms of the deal.

And while they are realistic about the club’s potential to achieve promotion and rise up the Football League, they refuses to hide their ultimate goal of taking the club into the Premier League.

“We’d be lying if the dream wasn’t Premier League,” Reynolds said. “Look, out goal is to get back in the league and continue our way upwards.”

While McElhenney added: “If you can theoretically get to the Premier League…why not dream big?

“I hope everyone recognises we are here for the right reasons.

“Some clubs have gone from the National League to the Championship. We want to go a bit further.”

Reynolds added that he hopes to attract some of his celebrity friends to Wales, with actor Will Ferrell, a known Chelsea fan, the first name he will invite to the Racecourse.

Reynolds added: “I like building in a sustainable way. It is one step and one day at a time and giving the club the respect it deserves.

“Wrexham can grow. I’m really anxious to see it grow.”