REVEALED: Rob Edwards had a clause in his Forest Green contract that allowed him to become a free agent as he prepares to take over at Watford… as his old club hit out at ‘negotiations behind our backs’ but say they ‘forgive him’ despite bitter exit

By Sami Mokbel For Mailonline

New Watford boss Rob Edwards had a clause in his Forest Green Rovers contract that effectively makes him a free agent as he prepares to take over at Vicarage Road.

Edwards is close to be appointing Roy Hodgson‘s replacement at Watford for next season – but the highly-rated coach’s pending arrival has infuriated Forest Green.

In a strongly worded statement, a Forest Green Rovers spokesman said: ‘FGR confirms the departure of Head Coach Rob Edwards. Rob was a key part of the team that gained promotion to League One this season. We’re disappointed that our support, loyalty and honesty towards Rob has been repaid in this way – with negotiations taking place behind our backs. 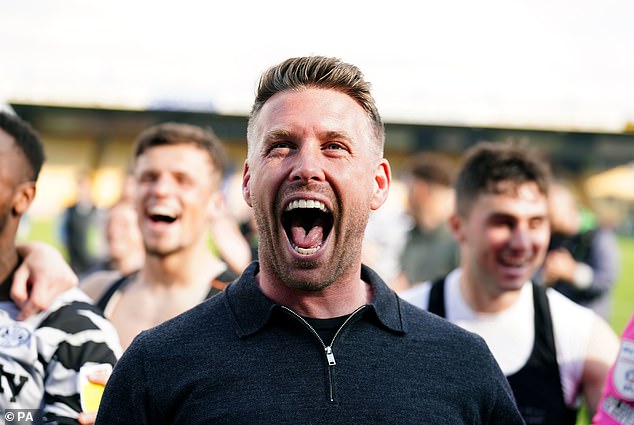 ‘We had no contact from Watford, from whom we might expect less, but in any event this kind of behaviour gives football a bad name.

‘We thank Rob for all his work at FGR – forgive him the manner of his departure and wish him well.’

However, it is understood that Edwards has a clause in his contract at Forest Green that allows him to effectively become a free agent provided his gives the club written notice.

Edwards has provided the club with notice of his intended departure, which clears him to join the Hornets.