Karim Benzema should be crowned the winner of this year’s Ballon d’Or after lifting the Champions League again, according to Rio Ferdinand and Steven Gerrard.

The Frenchman captained Real Madrid as Los Blancos defeated Liverpool 1-0 in Saturday night’s final in Paris and despite not finding the net, his performance was still one of the best on the pitch.

His hold-up play and link-up play were outstanding as he ran the Reds defence ragged throughout the game. 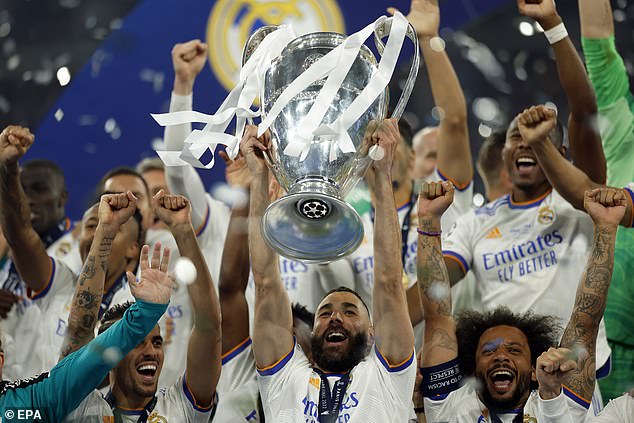 Winning the trophy for the fifth time in his career is the perfect end to a season in which Benzema has scored a staggering 44 goals in 45 games.

‘The argument is over with the Ballon d’Or,’ Ferdinand said on BT Sport. ‘If Benzema doesn’t get it it’s a travesty.’

‘Young kids watching the game, they look at strikers, they look at goals, but if you want to be a top all round centre-forward look at Benzema,’ Gerrard added. ‘He deserves the Ballon d’Or.’ 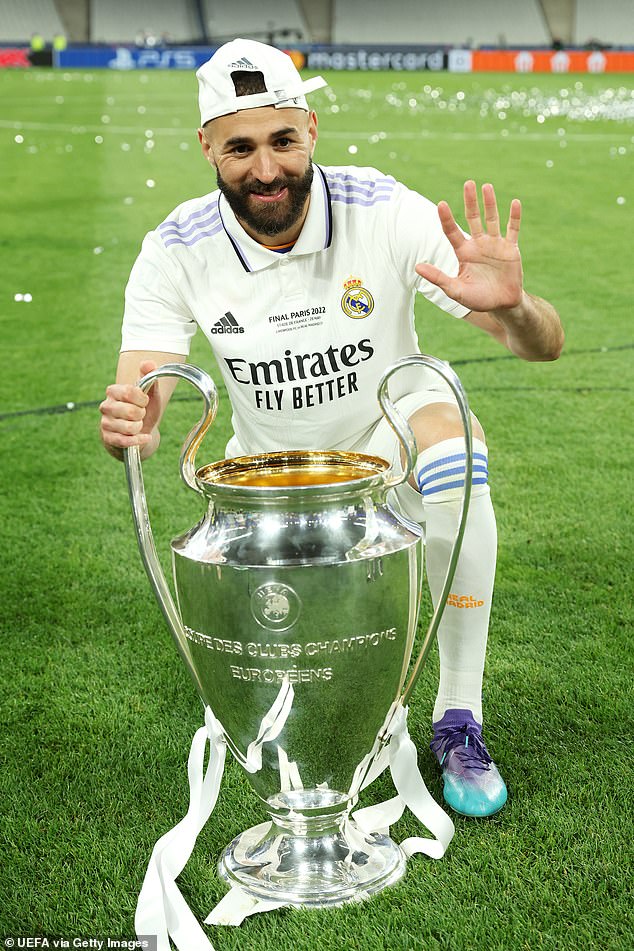 Benzema has had the best year of his career, scoring 44 goals in 45 games in all competitions 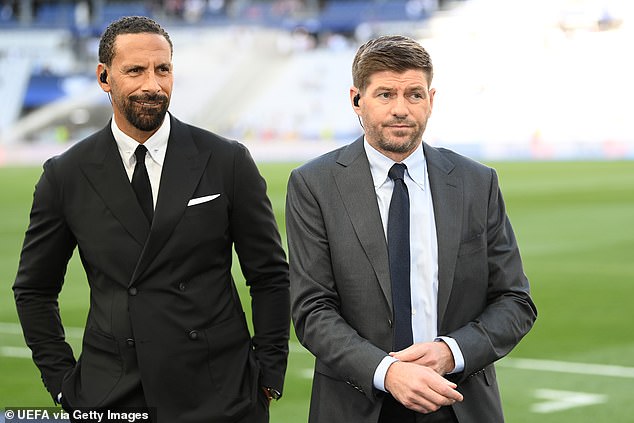 Despite being in the twilight of his career, the 34-year-old has enjoyed his best year at club level and won the golden boot in La Liga with 27 goals – finishing nine ahead of any other player as Real Madrid won the title at a canter.

In the Champions League, he has scored hat-tricks against PSG and Chelsea and netted three times across the two semi-final legs against Manchester City.

In doing so, he equalled Cristiano Ronaldo’s record of the most goals scored in the knockout stages of the competition in a single campaign (10). 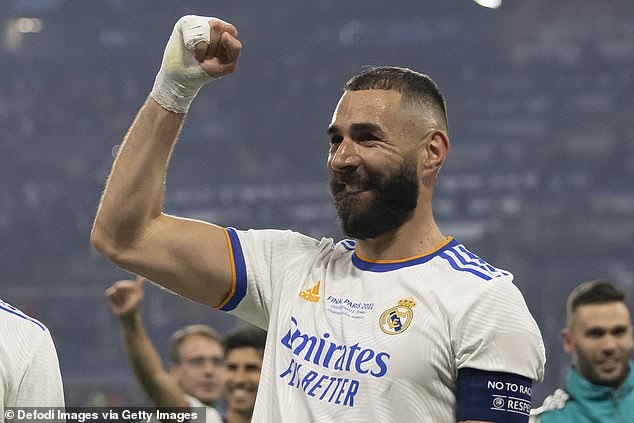 Benzema says that he can do no more to win the award, which will be handed out in October

‘The Ballon d’Or? I finished my season,’ Benzema said after the final. ‘I think that with my club, I cannot do better. In any case, I am proud of what I have achieved.

‘We have taught the whole world that we are alive, that we are here. Let’s see what happens with the Ballon d’Or because I have trophies and other things on the field as well.’

Benzema is currently the favourite for the award – which will be handed out in October – followed by beaten Champions League finalist Sadio Mane. Kylian Mbappe, Robert Lewandowski and Kevin De Bruyne are also contenders.