Everton forward Richarlison and Manchester United’s treble-winning legend Gary Neville have lead the taunts aimed at beaten Champions League finalists Liverpool after they fell to a 1-0 defeat at the hands of Real Madrid.

Richarlison, whose Everton side are fierce local rivals to the Reds, tweeted a photo of himself at the wheel of a bus in an attempt to poke fun at the heartbreak.

The former England right-back was keen to poke fun at his heartbroken rivals and was visibly elated at the final whistle.

After openly taking pleasure in Liverpool’s failed attempt to seal a remarkable domestic treble last week, Neville’s joy was assuredly compounded following a second failure in as many weeks

Richarlison’s tweet comes after a viral tweet went round social media seemingly making fun of Liverpool funs after their arrival to the Stade de France was delayed significantly.

A series of tweets involved the Brazilian forward photoshopped as the driver of the bus, which was clearly to Richarlison’s liking as he saved the photo himself for later use.

The 25-year-old then posted the photo at full-time, much to the delight of Everton fans and twitter users alike. 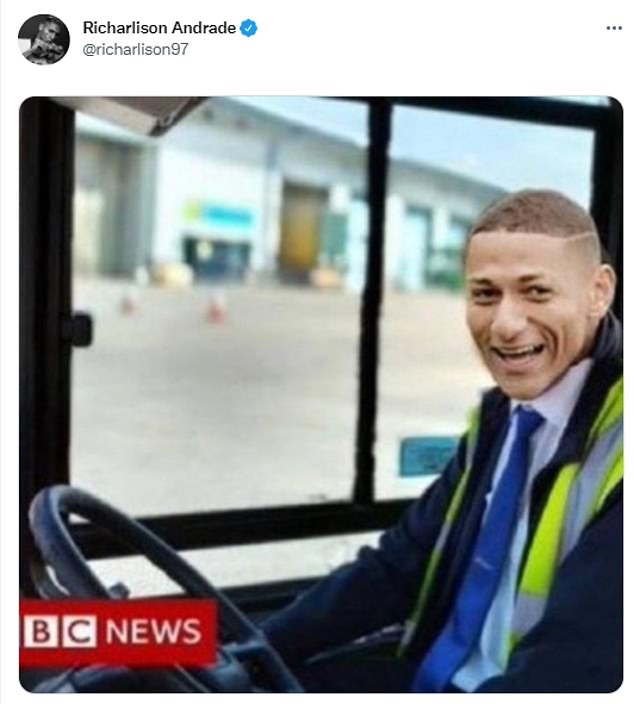 The loss came after the match was delayed by half an hour, following seemingly unprovoked police violence in the French capital, with police using pepper-spray on Liverpool fans outside the Stade de France.

Although Liverpool dominated possession for most of the game, they were unable to find a way through Thibaut Courtois, who pulled off a succession of brilliant saves to keep the now 14-time winners in the game.

Vinicius Junior then scored what proved to be the winning goal in the 59th minute, finishing from close range at the back post following a Madrid counter. 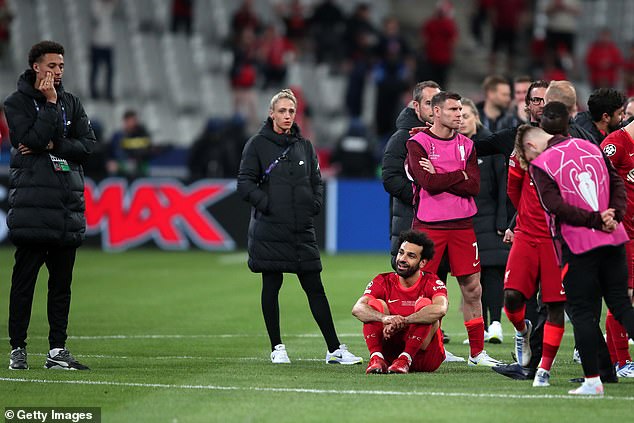