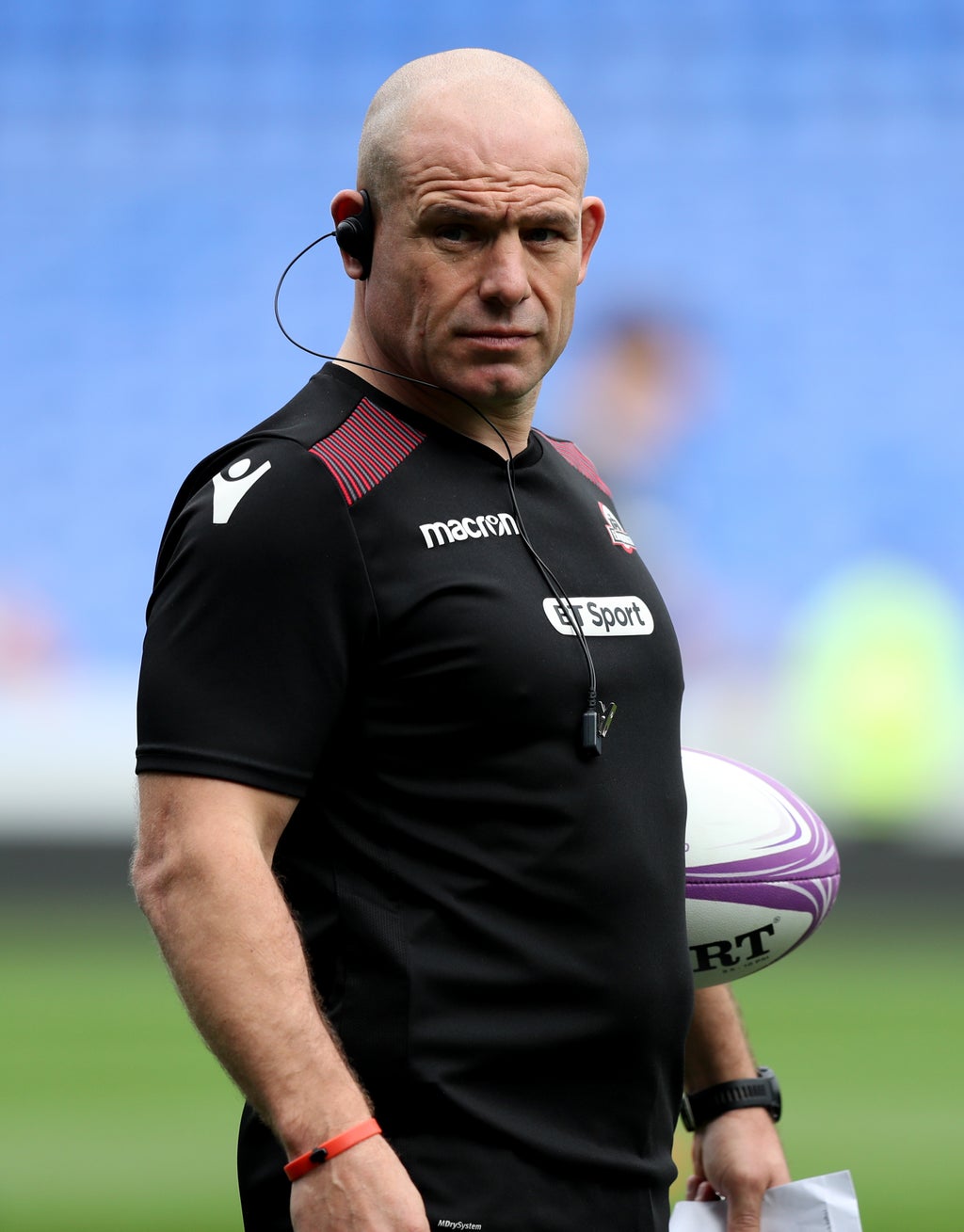 Richard Cockerill is happy to take orders from Eddie Jones but will continue to speak his mind as he looks to stamp his combative personality on to England’s pack.

Cockerill was appointed forwards coach three weeks ago and having already visited several Premiership clubs, he will work with Jones’ 45-man training squad for the first time as they gather at The Lensbury for a three-day camp on Sunday.

The former Leicester hooker was a belligerent force for England throughout the 27 caps he won between 1997 and 1999 and he famously stared down New Zealand’s Norm Hewitt as the Haka was being performed.

As a coach at Tigers and Edinburgh the 50-year-old fielded well-drilled and rugged forward packs forged in his own image, and an intriguing dynamic of the next two years leading into France 2023 will be his relationship with Jones.

Both are combustible and hard-nosed, forthright and used to being in charge, but when asked how comfortable he is at taking orders, Cockerill replied: “I’m very good. I spend a lot of time at home so I get lots of orders there from my wife!

“When I spoke to Eddie about what the role was and what part there was for me, I accepted where I would sit in the hierarchy.

“I’ve got no problem with it – Eddie is a very experienced coach who knows his own mind, and my job is to make sure that my parts of the game work well and we collaborate so that it all plugs in well together and we have a cohesive team.

“Eddie knows me well enough and knows the personality that I am. That’s what he wants – he wants opinion and he wants different views. But ultimately he’s the boss and he will make decisions and have the final say.

“I’m happy to share my views because that’s part of being here. What’s the point of having the experience I’ve got and not using that?

“But Eddie is the boss – everyone knows that and I know that. Ultimately, it’s his team and he’ll decide who plays and how it’s run.”

Cockerill will oversee the line-out while Matt Proudfoot, who also holds the title of forwards coach, takes charge of the scrum, with the pair sharing other duties such as the breakdown and contact area.

While being presented by England as equals, Cockerill is expected to take the senior role and it is clear his identity will be the most influential in shaping the pack over the next two years.

Cockerill said: “Eddie wants a fresh pair of eyes, different eyes. He wants me to bring my personality and my drive.

“I’ve always been able to get combative forward packs and drive mentality and I think that’s probably appealed to him.

“You’d like the forwards to be very difficult to play against. You’d like them to deliver a physical performance every time they get on the field.

“The level of our performance can be world class. Part of that is for me to drive those standards and keep the guys honest and on task.”