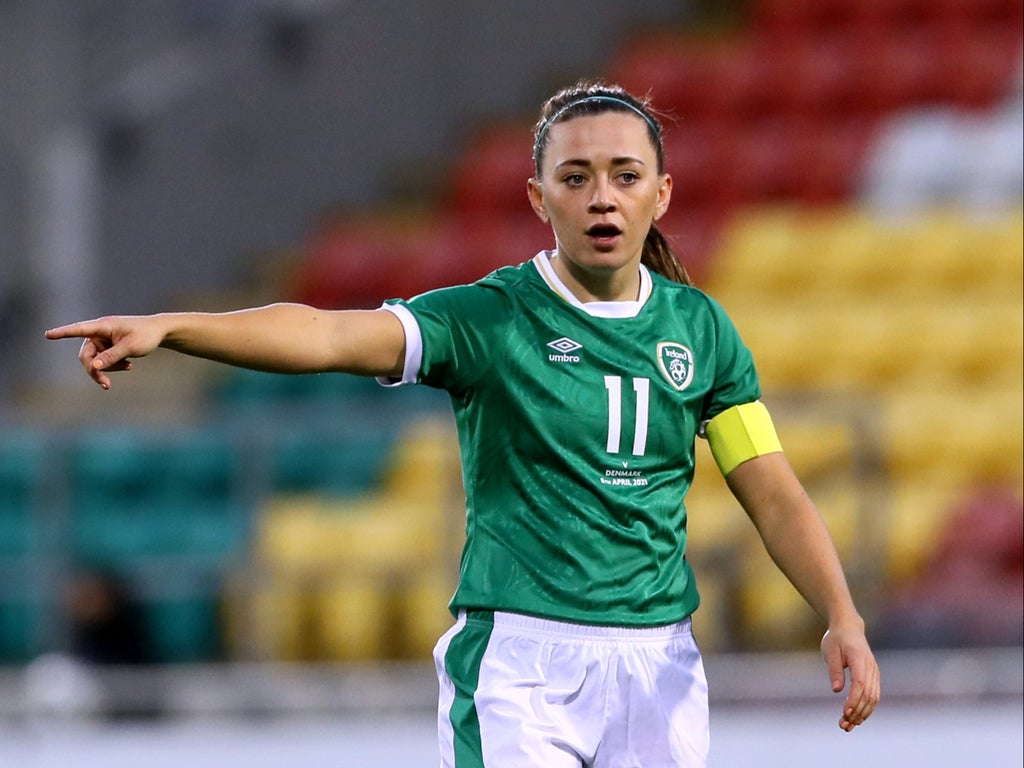 Skipper Katie McCabe says the Republic of Ireland women’s team have learned from past mistakes and are feeling confident as they look to become history-makers in their World Cup qualifying campaign.

The team, who have never qualified for a major tournament, fell short in their bid to make next summer’s Euros in England as they finished third in their group, two points behind second-placed Ukraine.

Having opened their World Cup qualifying bid with a 1-0 home loss to Sweden – currently the second-placed side in Fifa’s rankings – followed by a 2-1 win in Finland, the Republic continue their Group A fixtures by hosting Slovakia and then Georgia in the coming days.

McCabe said: “We were really disappointed to not qualify for the Euros. I felt there was a real opportunity for us to do that.

“I also think we have a really youthful squad in terms of learning, and that we’ve learned from those mistakes made in that previous qualifying campaign.

“We lost 1-0 to Sweden but I really felt we stood toe-to-toe at times and could have pinched a point. We took the positives out of that into the Finland game and beat them.

“I’m confident in our ability, I know what we’re capable of. There’s really tough teams in our group and Sweden are going to make it really difficult for everyone. So for us it is aiming for that second spot. Hopefully we can continue to just take it game by game and gain the points. We need to remain with our feet on the ground and get the job done.”

The left-sided Arsenal player added: “It’s not been done before, so to captain my country to a major tournament would be a highlight of my career.

“It’s something I really want and am really working towards, along with my team-mates and the staff. We’ve still got a long way to go, but for sure, if we got there, it would be special.”

Northern Ireland Women qualified for their first major tournament in April  by securing a Euros place via the play-offs, which McCabe feels can be a source of inspiration for Vera Pauw’s Republic side.

“Absolutely,” the 26-year-old said. “Not so long ago we were playing Northern Ireland in World Cup qualifying and beating them. To see the improvements they’ve made over the last few years is fantastic. They’re there, we’re not, we’re trying to get there and we’ll do our utmost to try to bridge that gap.”

Pauw’s team, whose qualifying campaign was preceded by the FAI’s announcement in August that they would receive the same match fees as their male counterparts with immediate effect, play Slovakia at Tallaght Stadium on Thursday before welcoming Georgia five days later. The 2023 World Cup will be held in Australia and New Zealand.

McCabe, October’s Women’s Super League player of the month, was speaking after being named as the first global athlete of Miss Kick, the brand founded in 2018 by former Manchester City and Liverpool youth player Grace Vella that produces kit and clothing designed for female footballers.

“I was really excited when I heard about the brand values and how passionate Grace is for Miss Kick,” McCabe said.

“It’s something I was really interested in and saw myself in as well, especially with the inclusion of girls in football. I think it gives young girls, young footballers, a real place of belonging. You’ve got that community.

“I think when you have a platform, being a professional footballer, playing for Arsenal and representing the Republic of Ireland, you have a duty of care to young players and need to be a role model in a sense.

“Miss Kick is something different, it’s bold, and that’s why I really wanted to be a part of it.

“When I was growing up, there was never anything like this. You were always wearing men’s clothes. So for Miss Kick to come in and really establish themselves in the market has been fantastic”

:: Katie McCabe has joined Miss Kick as their first global athlete. To find out more about the brand, head to misskick.com