Real Madrid midfielder Toni Kroos storms out of an interview after Champions League final win against Liverpool, as he criticises a German TV reporter for asking ‘two s*** questions’ before re-joining the celebrations

The former Germany international had just won Europe’s elite club competition for the fourth time with Real and the fifth time in his career. Carlo Ancelotti‘s side won 1-0 against Liverpool courtesy of a goal from Vinicius Junior.

However, Kroos was livid with the questions that he was asked by ZDF. 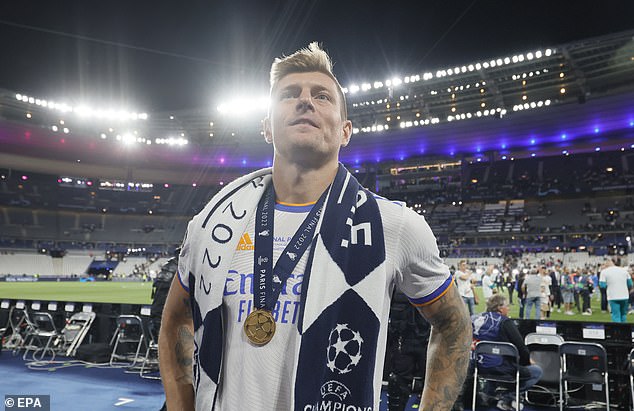 Kroos was asked whether the game went as expected and if he was surprised that Real had to soak up so much pressure against Liverpool.

The 32-year-old responded by saying: ‘You had 90 minutes and you come up with two s*** questions. Two negative questions, you can tell right away that you’re German.’

Kroos walked away from the interview, but didn’t allow the incident to affect his mood as he proceeded to celebrate with his Real Madrid team-mates. 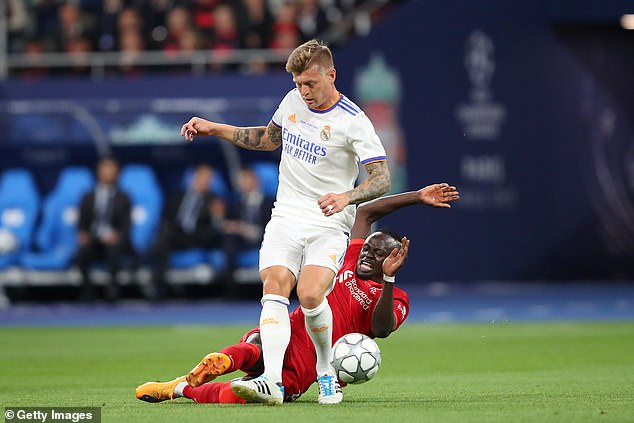 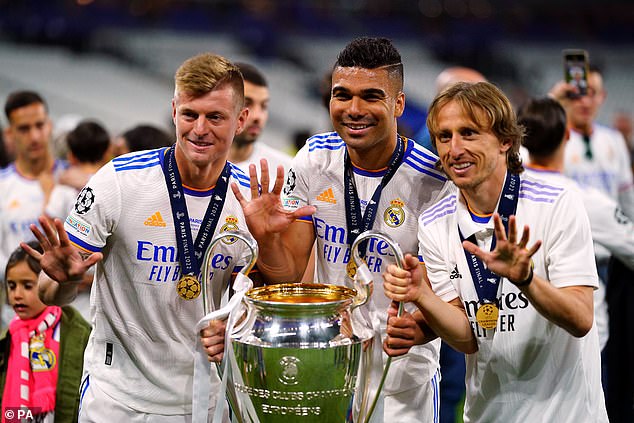 Throughout their remarkable run in the Champions League this season Real have had to show resilience to prevail when under pressure.

In the final goalkeeper Thibaut Courtois had to make some fantastic saves in order to keep Liverpool at bay.

Real possess an excellent blend of experienced stars such as Kroos and hugely talented youngsters like Vinicius Junior and Eduardo Camavinga.

Liverpool dominated proceedings for much of the first half in Paris, but Real seized control in the second period and were rewarded for their efforts.

Kroos has enjoyed a trophy-laden career and is a crucial component in Carlo Ancelotti’s side.