‘I’m willing to give so many things… maybe my wife!’: Real Madrid star Fede Valverde jokes that he is ready to choose beating Liverpool in the Champions League final over his TV presenter partner Mina Bonino

Real Madrid midfielder Federico Valverde has risked the wrath of wife Mina Bonino by joking that he would ‘maybe’ give the TV presenter up to beat Liverpool in the Champions League final on Saturday.

Uruguay international Valverde is determined to finish an impressive season on a high when the LaLiga champions face the formidable Reds in Paris – and he joked that lifting the ‘unique’ trophy could require surprising sacrifices.

When asked what he would do to win his first European title, Valverde told AS: ‘So much. Everything, I think. 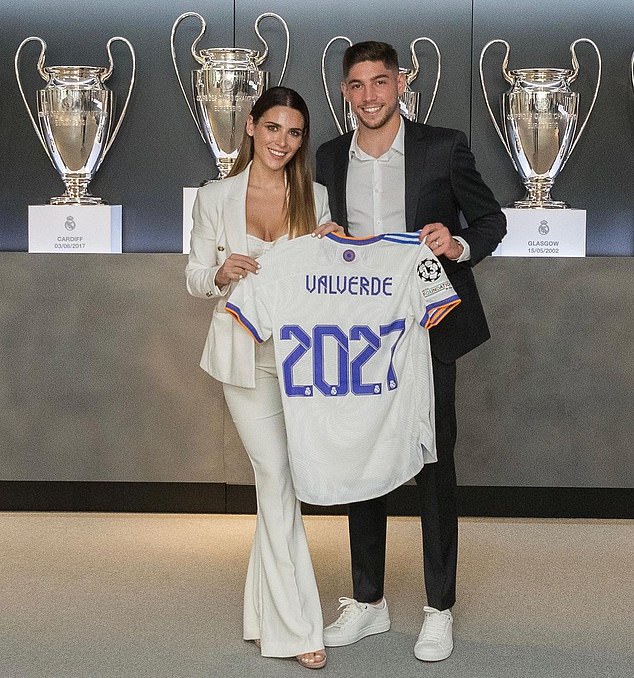 Federico Valverde’s wife, Mina Bonino (left), will be willing him on to Champions League glory 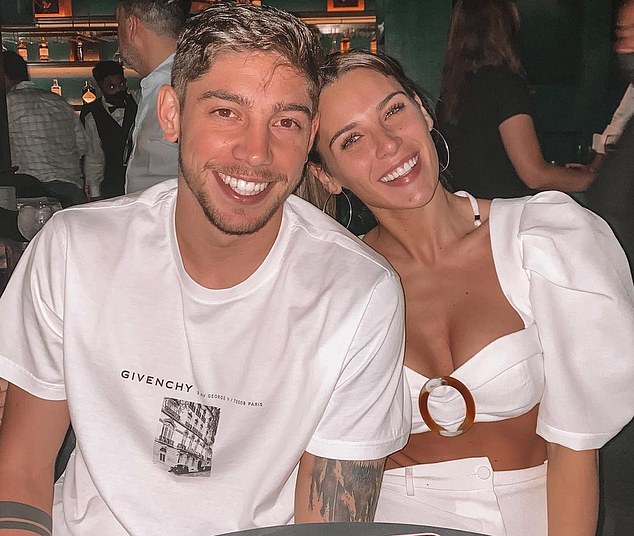 ‘It’s a unique trophy for any player in the world. I’m willing to give so many things. Except my son… maybe my wife.

Argentinian reporter and presenter Bonino was pictured on the pitch with the couple’s two-year-old son, Bonicio, at the Bernabeu after Madrid beat Espanyol to win their domestic title with four games to spare on April 30.

Bonino shared a photo of the family on the turf on her heavily-followed Instagram account, causing Valverde to respond: ‘I love you so much.’ 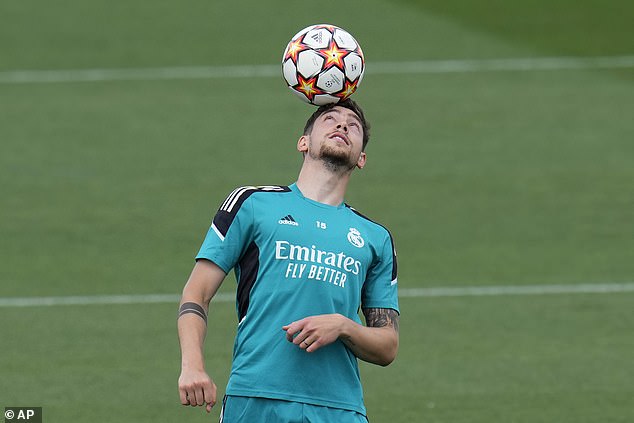 The 23-year-old named ‘all of them’ as the opposition player he is most worried about in the final at the Stade de France, adding: ‘If I name one, that would be a lack of respect to the other Liverpool players.

‘It’s a great squad and they’re well trained in every part of the pitch. Their players on the bench are in great form, too – when the come on, they turn games around. They’re a great team, from first to last.

‘If only everything was down to what’s deserved. If it came down to that, maybe we would get the title.’

Mohamed Salah’s claim that he would prefer to play Madrid to Manchester City and was targeting revenge for Liverpool’s painful 2017-18 final defeat left Valverde unimpressed earlier this week.

‘But the main thing is to approach things with humility and effort again on Saturday, keep fighting until the end as we’ve done in recent games and hope that the boost we can get from the supporters helps us a lot,’ he added to AS.

‘But the main thing is to stay humble, put in physical and mental effort – everything needs to be right for things to go well.’