Rangers target Europa League glory on Wednesday night against Eintracht Frankfurt with fate on their side – as 100,000 fans make their presence known in Seville for final 50 years after famous Cup Winners’ Cup win

What started in Sweden as a Champions League campaign under Steven Gerrard will end on Wednesday night with Giovanni van Bronckhorst leading Rangers into the Europa League final in Spain.

Ask the 100,000 supporters who have descended on the city of Seville what they would prefer, and very few would rewind the clock in favour of qualification for the group stage of the continent’s more illustrious competition.

Not now, not with a chance to win only the club’s second European trophy, exactly 50 years on from the Cup-Winners’ Cup triumph of 1972. 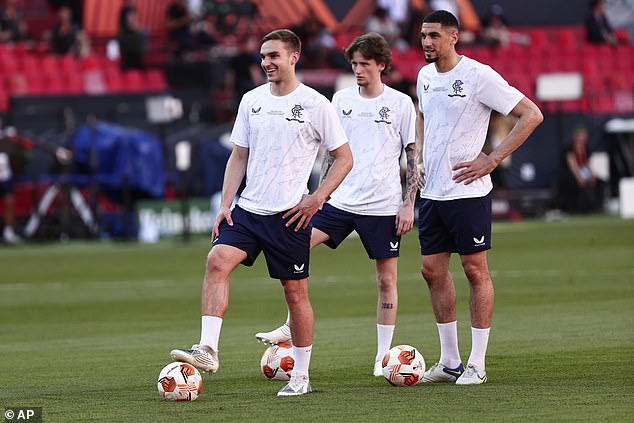 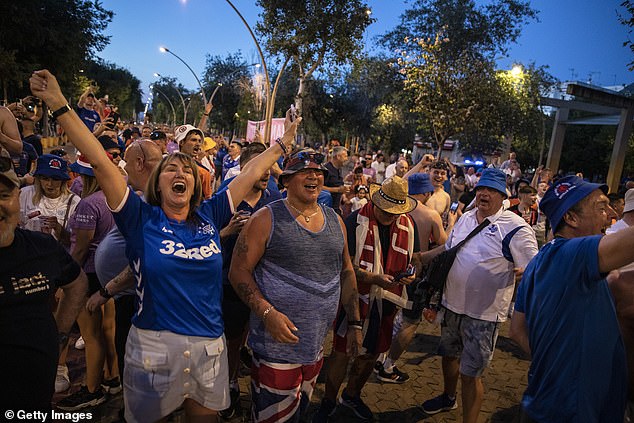 Up to 100,000 Rangers fans have descended on the city of Seville for Wednesday’s clash

That victory over Dynamo Moscow was also achieved in Spain, at Barcelona’s Nou Camp. So, perhaps fate is on Rangers’ side.

It was certainly a fateful twist that led them here. Gerrard had ambitions to make a statement in the Champions League after last season’s title win, but was left to lament a team who got it ‘badly wrong’ when beaten by Malmo in the third round of qualifying.

Under Van Bronckhorst — appointed in November after Gerrard left for Aston Villa — they have got everything right.

On Wednesday evening, it is German opposition who once again must be negotiated. Borussia Dortmund were beaten in the knockout-round play-offs in February and then, earlier this month, RB Leipzig disposed of in the semi-final.

Dortmund and Leipzig finished second and fourth respectively in this season’s Bundesliga. Given Eintracht Frankfurt were 11th, you could argue this is Rangers’ easiest task yet. 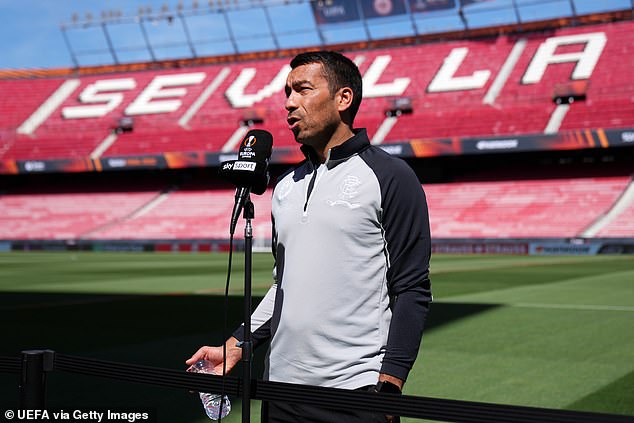 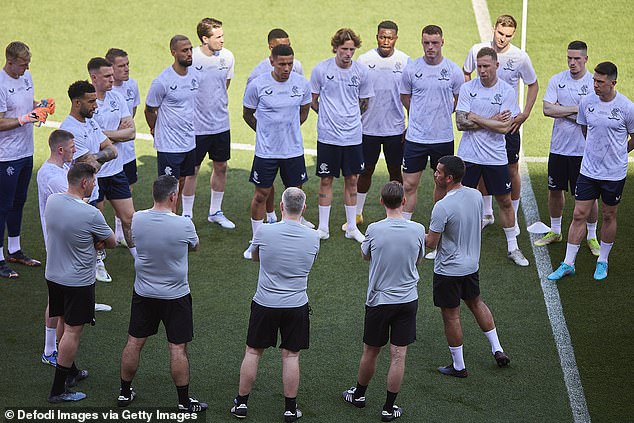 On Wednesday evening, it is German opposition who once again must be negotiated

Not that Van Bronckhorst sees it that way.

‘They are a good team,’ he countered. ‘They are physically strong, they have pace up front, they are really good at defending. Their overall performances in Europe have been fantastic.

‘We have to be a team. That’s the most important thing when you want to achieve something. Be a team, do everything together, make sure we have the tactics right, when we have the ball, when we are pressing, how we defend, whether we defend.’

That last comment could well have been made in consideration of right back James Tavernier, the captain who is the competition’s top scorer with seven goals.

The 30-year-old failed to make the grade at Newcastle as a youngster but is already assured of hero status at Ibrox. Lift the trophy on Wednesday night and that will be elevated to legendary. 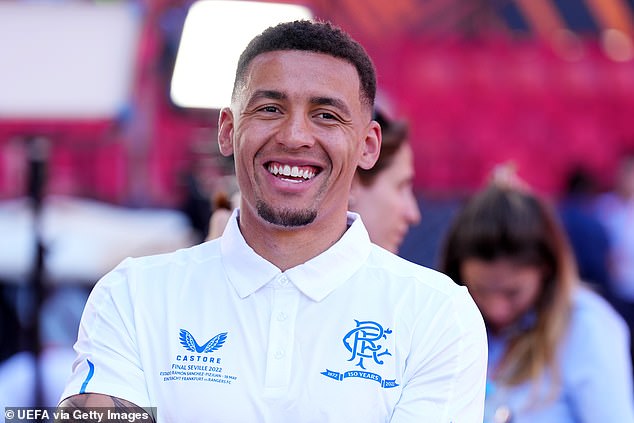 ‘The occasion is going to be massive,’ he said. ‘You’ll obviously have to soak it up, it’s a final, but you can’t let that, the nerves, get the best of you.

‘We’ve come together so well, and we’ve been pushing each other on. It’s no surprise we’re in the final. We thoroughly deserve it because we push each other every single day to better ourselves.

‘You want to compete with the best teams in Europe. It sets a marker where you want to get to as a minimum. You want to beat that, and we’ve done that. We’ll go to the death for each other. Our character will shine through.’

It is not the only thing Tavernier will be hoping is shining in his possession on Wednesday evening.