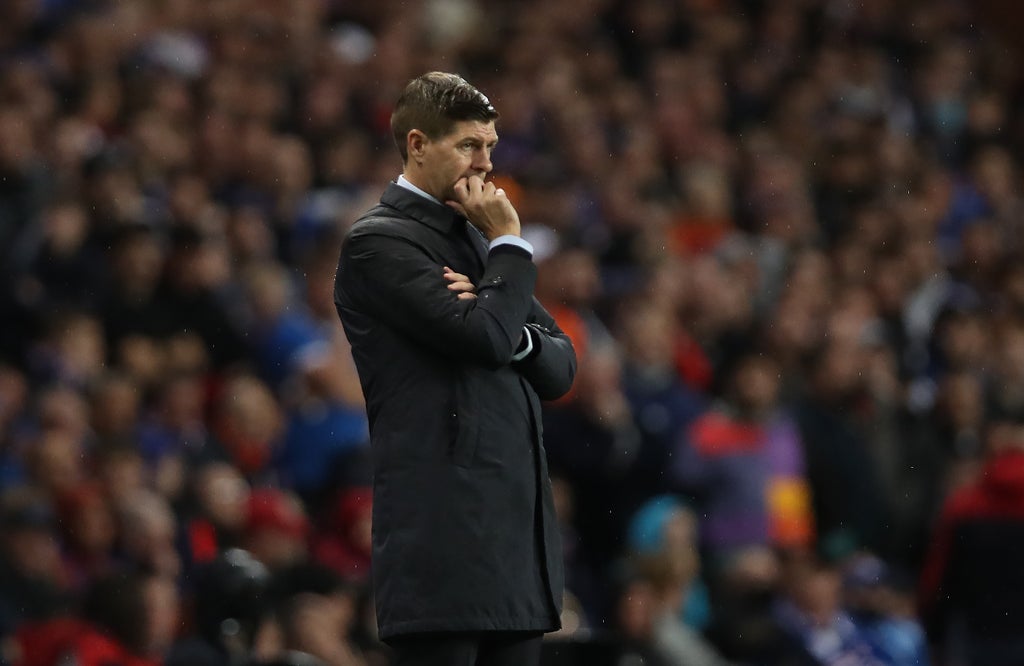 Rangers manager Steven Gerrard has called for more severe punishments for racist abuse in football after Glen Kamara was booed during the team’s Europa League match at Sparta Prague on Thursday.

Kamara was jeered by the home crowd just six months after being racially abused by Slavia Prague’s Ondrej Kudela.

Sparta released a statement about the incident and said the claims of racism were “unfounded accusations” and are “desperate and ridiculous”.

“I’ve spoken to Glen, he is okay, but our conversation will remain private,” said Gerrard. “Sadly, these things keep raising their head far too often and, unfortunately, the punishments are not severe enough.”

The match against Sparta was played in front of 10,000 schoolchildren and their chaperones, with Uefa failing to enforce a stadium closure after Sparta fans were alleged to have chanted racist abuse at Monaco’s Aurelien Tchouameni.

Former England international Gerrard said he had not heard the boos himself on Thursday, which happened as Kamara was sent off after receiving two yellow cards.

“I’m fully aware now [of the booing] having watched the game back with audio, and I’m actually surprised I wasn’t aware of it during the game.”

Gerrard also confirmed the club had put “wheels in motion” to file an official complaint with Uefa, saying: “There needs to be more done. That’s the only way it’s going to be eradicated.”

The Scottish side were defeated 1-0 by Sparta.

Gerrard said: “We’ve been short in the two Europa League games, but at this level– which is improving year on year – if we want to keep growing and going to the next level we need to spend big money. It’s a simple as that.

“In the last two windows we haven’t spent a penny, so there has to be some realism. We’ve got really good players and we’ll keep improving, that spark will come again. And it will come quicker if we can find a settled team.”