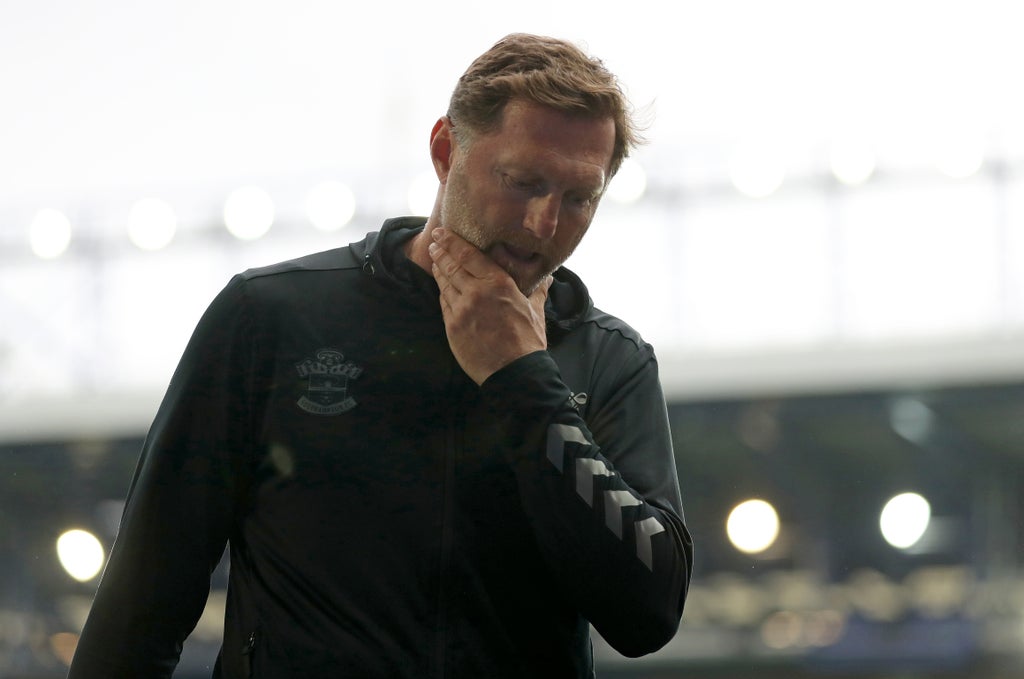 Hasenhuttl was unhappy following the dismissal of captain James Ward-Prowse during Saints’ 3-1 defeat to Chelsea earlier this month.

Midfielder Ward-Prowse was initially shown a yellow card by referee Martin Atkinson for a late tackle on Jorginho at Stamford Bridge, but it was upgraded to red after Dean told his colleague to review the incident on the pitchside monitor.

Hasenhuttl, whose side picked up their first Premier League win of the season by beating Leeds 1-0 on Saturday, was charged on Thursday and has until Tuesday to respond.

“What can I say? I’m in general a manager that is very respectful to the referees all the time and the way I wanted to argue about it was not in a negative way.

“I was not speaking bad about Mike Dean. But let us discuss this in total (at a hearing).”

Ward-Prowse’s red card came in the 77th minute of the match on October 2, with the score at 1-1, before Chelsea scored twice against 10 men to seal victory.

An FA statement read: “It is alleged that comments made by the manager during two post-match interviews constitute improper conduct in that they questioned the integrity of the VAR match official and/or implied bias and/or bring the game into disrepute.”

England international Ward-Prowse served the first game of a three-match ban by sitting out the weekend win over Leeds – ending a run of 102 consecutive top-flight appearances.

Nathan Redmond took over set-piece duties in his absence, while central midfielder Ibrahima Diallo was afforded a first league start of the campaign, earning praise from his manager.

“It’s not so easy to step in for the captain and make such a performance but I think Ibra was waiting for this chance,” said Hasenhuttl

“He’s definitely a midfield player with good speed, can carry the ball quite well and his quality against this opponent (Leeds) was decisive.”