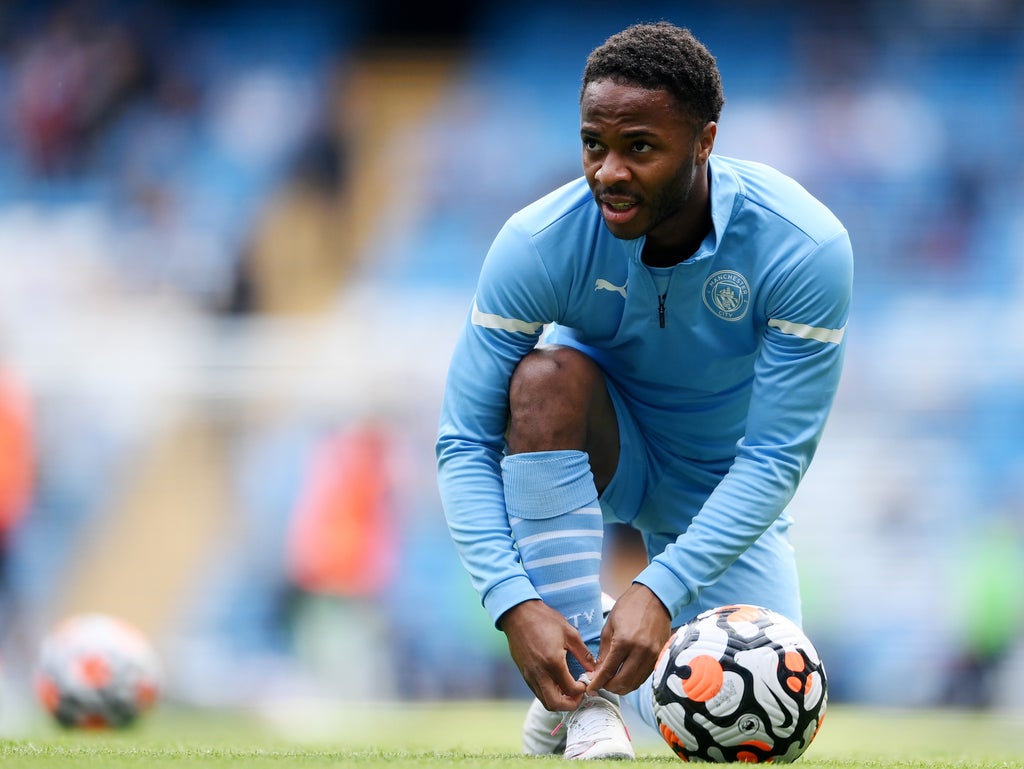 Pep Guardiola has told Raheem Sterling that he does not select players based on “what they have done in the past” after the Manchester City winger revealed he would consider leaving the Etihad in search of regular playing time.

Sterling has only started once in the Premier League this season since returning from his starring role with England at the summer’s European Championship and revealed this week that he would be “open” to playing abroad one day.

The 26-year-old’s current Etihad contract is set to expire at the end of the next season and, while there is a willingness on both sides to renegotiate, talks have stalled while Sterling seeks guarantees over his game time.

Sterling still wishes to play a pivotal role for City but, with the likes of Phil Foden, Riyad Mahrez and £100m signing Jack Grealish providing competition for a place, he is willing to consider his options if no such assurances are forthcoming.

Though Sterling entertained playing in either France or Spain while speaking at an event hosted by the Financial Times this week, a move within the Premier League would also be a possibility.

Guardiola has regularly told players who are unhappy with his rotation policy to prove that they deserve to start through their performances on the pitch and reiterated that message to Sterling before Saturday’s Premier League meeting with Burnley.

The City manager spoke highly of Sterling and what he has achieved since his £50m move from Liverpool in 2015, but insisted that his players will not be picked on reputation or their former glories.

“What I want as a manager is to pull out, take out the best from Raheem every single time when he plays. This is what I want. And I don’t doubt how much of an important player he has been for us – not for me, but for us. There is no doubt. The last five or six years, how many incredible minutes and important players, it was top.

“Ferran every time plays as a striker he scores goals and Gabriel, what he gave us as a team, Bernardo [Silva] can play up front as well. That is the reality.

“The only way to get [more minutes] is: what can I do better? To play regularly and after when he is not satisfied or any of these players, it is so simple: with their agents, go to the club and say I am not happy I want to leave and we are going to find a solution.”

“In the past for me now today [19-year-old academy product] Cole Palmer is the same player like any other player for the seniors or important players have been two, three, four, five, six, seven, eight years here in this club. It’s the same.

“The important thing is what you have to do tomorrow, not the Carabao Cups we won four in a row or the three Premier Leagues we won in the last four years or the final of the Champions League last season, this is not important. This is the past.

“I don’t select the players for what they have done in the past. It’s today, how you train today, how we are going to play tomorrow, this is the important thing. I cannot assure them game time, any one of them, they have to prove themselves.”

Sterling has only started four of City’s 11 games in all competitions this season but may find he has more opportunities following a foot injury to Torres, which Guardiola confirmed would keep the Spain international out for up to three months.

City will also be without Ederson and Gabriel Jesus for Burnley’s visit to the Etihad on Saturday after their late return from international duty, having played in Brazil’s 4-1 World Cup qualifier win over Uruguay in the early hours of Friday morning.