An unbeaten century from Cheteshwar Pujara put Sussex in a decent position on Day 3 of the fifth round of County Championship matches.

Resuming on 81/3, the visitors moved to 205 before Matthew Revis was run out by Matt Critchley for 47 with Joe Root bowled by Critchley for 75. Dawid Malan and Harry Brook (pictured below) put on an unbeaten 210 for the sixth-wicket partnership with them resuming 87 and 110 not out respectively.

Requiring 368 to win, Gloucestershire lost Marcus Harris as he was bowled by Mohammad Abbas for 18 before Bracey would be LBW to Dawson for 2 – George Scott and Hammond resuming 70 and 15 not out.

Warwickshire would get to 4 off their 3 overs before the teams went off for bad light – Alex Davies (4) and Dom Sibley (0) resuming this morning.

Resuming on 154/8, the hosts added 24 to their overnight score before Simon Kerrigan would be LBW to Colin de Grandhomme for 12 with Ben Sanderson the other man out, caught by Hashim Amla off the same bowler, for 4 – Luke Procter finishing 83 not out.

Resuming on 305/5, the visitors moved to 311 before Andy Gorvin would be LBW to Beuran Hendricks for 23 with Chris Cook bowled by Callum Parkinson for 52. Michael Neser would be caught by Louis Kimber off the bowling of Wiaan Mulder for 29 before James Harris would be LBW to the same bowler for 1. James Weighell would be the last wicket to fall, caught by Hassan Azad off the bowling of Ben Mike, for 34 – Michael Hogan was 10 not out.

Opener Azad would be caught by Marnus Labuschagne off the same bowler for 58 before Scott Steel would be LBW to Neser for 18. Harry Swindells would be bowled by Weigell for 20 off the final ball of the day with Mike 10 not out.

Resuming on 284/6, the visitors added 28 to their overnight score before Martin Andersson would be caught by Tom Alsop off the bowling of Ollie Robinson for 55 before Blake Cullen would be dismissed by the same combination for 1. Shaheen Shah Afridi would be run out by Tom Haines for 18 before Luke Hollman would be bowled by Hunt for 82 – Ethan Bamber 0 not out.

Alex Lees (60 not out) and Sean Dickson (105 off 73, pictured below) put on 170 runs in 21.3 overs before the latter would be caught behind by Cox off the bowling of Finch with Durham declaring at the fall of the wicket.

Requiring 442 runs to win, Worcestershire would lose Ed Pollock as he was bowled by Rushworth for 10 before Jake Libby would be LBW to the same bowler for 17 – Azhar Ali and Jack Haynes resuming 23 and 26 not out respectively. 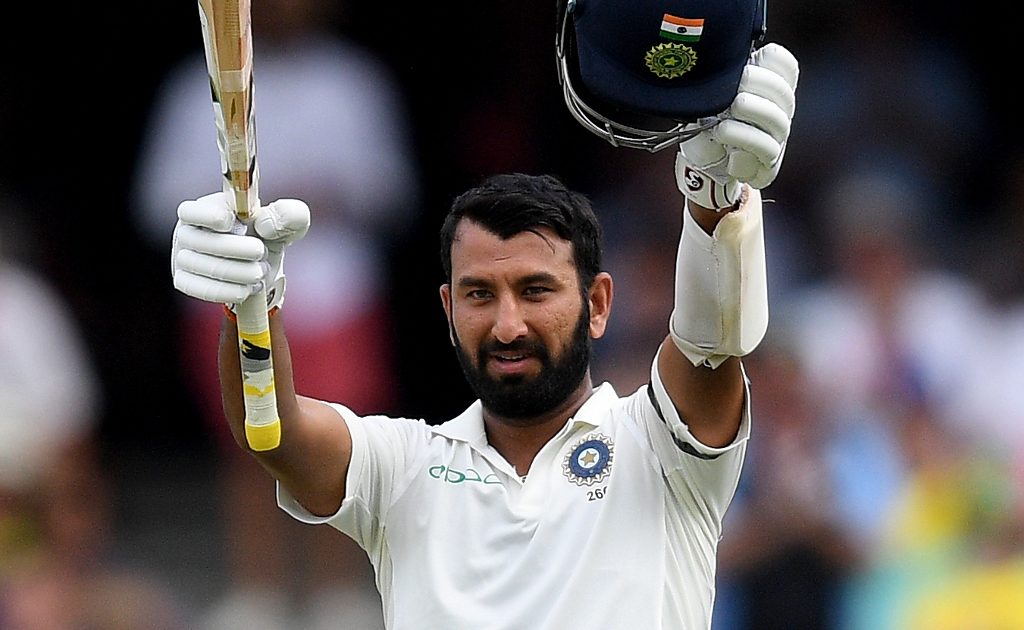