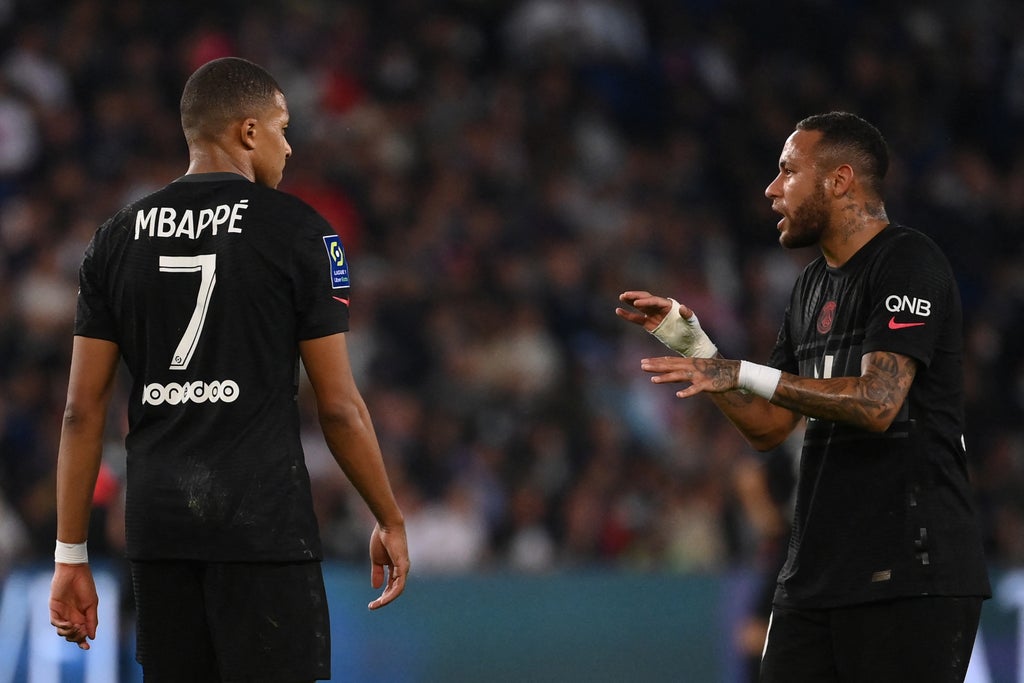 Paris Saint-Germain manager Mauricio Pochettino has played down reports of an argument between Kylian Mbappe and Neymar.

Mbappe appeared to be frustrated after he was substituted in PSG’s 2-0 win over Montpellier on Saturday and reports in the French media indicated that the forward was unhappy with his teammate for not passing him the ball.

The France international seemed to complain to Idrissa Gueye on the PSG bench that Neymar “doesn’t give me the pass”.

Mbappe and Neymar, who have been teammates since both arriving at the club in 2017, have been joined by Lionel Messi in the French capital this season and welcome Manchester City to the Parc des Princes on Tuesday night.

But speaking ahead of the match, Pochettino was quick to dismiss that there had been a falling-out and maintained that the two superstars remained on good terms.

“They are fantastic guys. These things happen,” Pochettino said. “There are always things between top players. They are competitors who want to win and help the team achieve good.

“I have spoken to them individually. They may have also spoken to each other and there have been photos of them enjoying ourselves in training.

“If there is a small incident sometimes that can create a wave but it is actually just talk.”

Messi is set to be fit to face his former manager Pep Guardiola after recovering from an injury, but the Argentine has yet to score for PSG since leaving Barcelona this summer.

Messi, Mbappe and Neymar have started just two matches together this season – including the shock 0-0 draw against Club Brugge in the opening match of Group A.

“Of course they are all different and may need time to get to know each other and start to play naturally because, of course, PSG is always under pressure.”