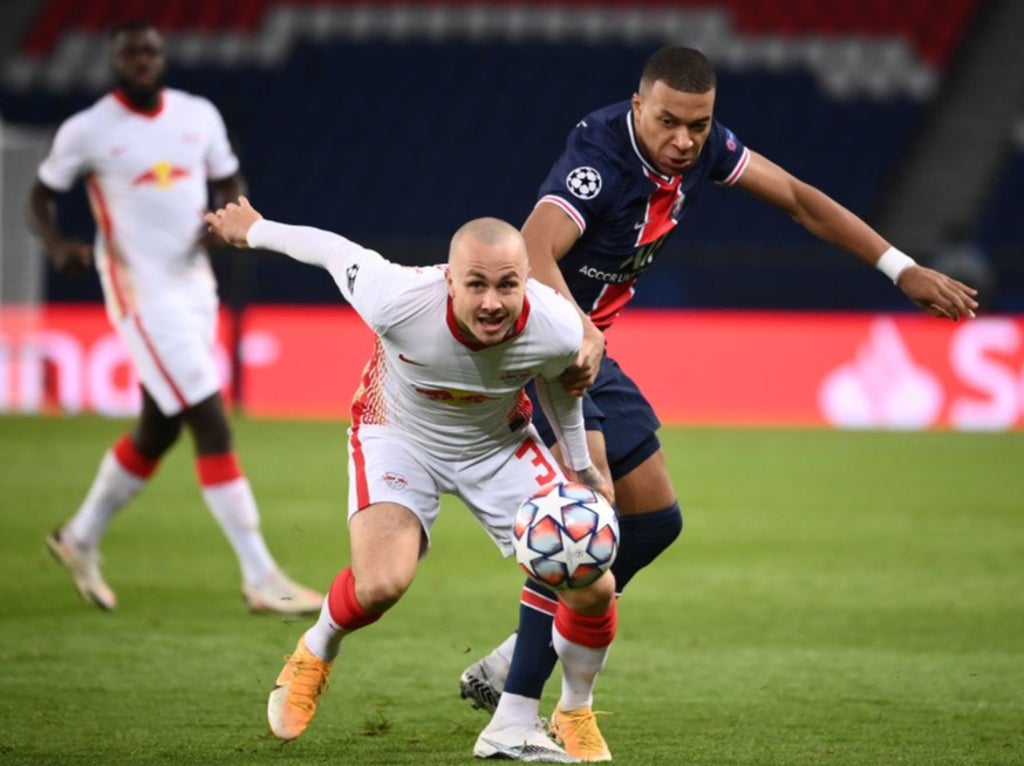 “They want selfies with Messi, not competition in France.”

This zinger came from an unsurprising source. The only shock was that Javier Tebas’s purported comments to a group of La Liga executives did not include one of his public verbal grenades chucked at Paris Saint-Germain.

While there is a sea of salt in those words and in his overall battle with the Qatar-powered behemoth, it is difficult to argue against his premise that there has largely been acceptance – and moreover celebration – of PSG’s stampede on competitive balance.

There has been little resistance to their summer haul of new recruits, which was crowned by the game’s greatest player of a generation and possibly ever.

Marseille manager Jorge Sampaoli was a rare dissenting voice: “These days power is stronger than justice, and Messi’s arrival increases this disparity.”

Lille captain Jose Fonte, who lifted the Ligue 1 title last season, was another. “I just want to understand the Financial Fair Play in France,” he said.

“Every single club is restricting their spending. They can’t buy a lot, they can’t get players on big wages, but then PSG comes and it looks like there’s no law.”

In the main, there was gratitude and fawning that spanned from Saint-Etienne coach Claude Puel speaking about Messi’s arrival like a wide-eyed kid and claiming a “huge boost” for the division, to Brest boss Michel Der Zakarian declaring that the Argentine gives him a “hard-on”.

Ligue 1 chairman Vincent Labrune, a former president of PSG’s arch-rivals Marseille, offered what many external eyes felt to be a ridiculous statement.

“This unique event [the arrival of Messi] is the result of the strategy of the Paris Saint-Germain management, which has enabled the Parisian club to become one of the biggest franchises in world sport in ten years,” it read. “On behalf of French professional football, I want to thank PSG Chairman and CEO Nasser Al-Khelaifi for making this dream possible.”

It was derided by Bundesliga officials, which won’t come as much of a jolt given the hostile reaction RB Leipzig receive in Germany. With PSG hosting them in the Champions League on Tuesday, it allows a window into how the ownership models of the respective teams are treated.

Qatar’s superpowering of PSG, read also reputation laundering, is seen as the saviour for French football. They have Leo and “Messi is magic!” as Labrune signed off his s̶t̶a̶t̶e̶m̶e̶n̶t̶ love letter to the club, which will entice fresh sponsors and a larger audience.

They have Neymar, whose signing helped balloon the value of Ligue 1’s international broadcasting rights from €25m (£21m) up to €80m (£67m). They still have Kylian Mbappe – for the moment anyway – who can go on to become the first French Ballon d’Or victor since Zinedine Zidane in 1998.

They have Jordan and Dior and and and…

Since the takeover by Qatar Sports Investments in 2011, PSG have won seven league titles. The club have yet to storm the continental scene, but are edging ever closer having reached the final and the semis in the previous two campaigns.

There is an acceptance of their dominance, a deferral to it. Leipzig, meanwhile, are greeted with banners that read “Keine akzeptanz” – no acceptance.

Founded in May 2009 after purchasing the playing rights of SSV Markranstadt, then in Germany’s fifth tier, they are seen as a manufactured product of Red Bull investment, rather than a real football organisation.

Leipzig are viewed as the enemy as part of German football’s soul: the “50+1” rule, which stipulates that clubs must hold a majority of their own voting rights. Only investors who have been involved with a club for more than two decades can apply for an exception.

Leipzig are signed up to the law, but for cosmetic purposes: the majority of their members are either employees or associates of Red Bull and, while an annual membership at Borussia Dortmund, for example, costs €62 (£52), the fee they charge is in excess of €800 (£670).

It is why any positives stemming from the club – smart recruitment, sustainable operations, investment in youth and coaching development – come with a caveat, according to Matt Ford.

A leading voice on German football and the fan culture that shapes its spirit, he tells The Independent that Leipzig’s entire structure is a product of their betrayal of the “50+1” rule.

“From a purely sporting perspective, the way the football is handled – the high-intensity style, the focus on younger players – they have done a lot of things right,” Ford says. “But a lot of that is only possible because of the very corporate, streamlined structure they have.

“It allows for quick, easy decision-making without any interference from democratic boards, elected members and annual general meetings.

“And that is only possible because they’ve circumvented the rules. It is a big advantage. You can say ‘well, why not just scrap 50+1 so all teams can be as streamlined?’ But then you abolish so much of what is great about German football: the low ticket prices, a huge reduction in the socio-political work that goes on like campaigning against anti-discrimination, and you take away the active stake of supporters. Fans would become… passive customers.”

For all the praise over Leipzig’s development work, Ford points out that “players that have come through the club’s own academy had only featured for a combined 52 Bundesliga minutes since 2016 by the end of last season. Talent comes from farm teams: Salzburg and FC Liefering, which again no one else benefits from – it’s a distortion of the competition.”

In Germany, fan groups regularly boycott travelling to Leipzig games or engage in elaborate protests. Dynamo Dresden fans once threw a severed bull’s head on to the side of the pitch, Union Berlin’s support donned black plastic ponchos and observed a 15-minute silence after kick-off. Many clubs refuse them licensing for half-and-half merchandise and abstain from showcasing their branding in stadia.

It’s an altogether different experience to the love-in for PSG. Is a commercial behemoth in Red Bull more palatable than state ownership?

The station, according to academic Benjamin Opratko, is “making fascists and their murderous ideologies commonplace” in the country. Leipzig fans have also previously been sanctioned for displaying slogans in support of refugees and LGBT rights, as well as protesting against far-right groups.

“It goes beyond the distortion of football competition,” Ford says.

On Tuesday, the contrasting experiences and ownership models of PSG and Leipzig will collide at Parc des Princes. For most, it will be great entertainment but there will be many looking at it as yet another example of the slicing of the spirit of football.